Tibetans will not accept China-appointed Dalai Lama: His Holiness the Dalai Lama 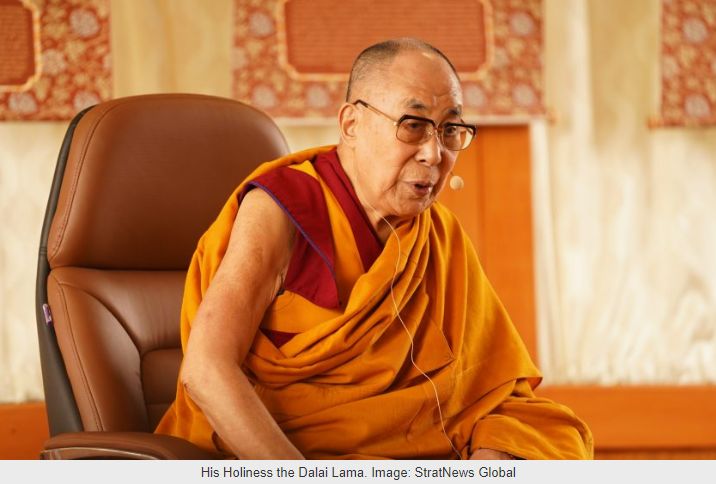 Bodhgaya, Bihar: “Tibetans will not accept Dalai Lama selected by China,” asserted His Holiness the Dalai Lama during an exclusive interview with Stratnews Global yesterday at his residence in Bodhgaya.

His Holiness has made clear assertions in the past that no Chinese appointed Dalai Lama will be the legitimate leader of Tibetan Buddhism. In November 2019, His Holiness had presided over a congregation of the senior religious heads of Tibetan Buddhism that endorsed the Dalai Lama’s sole authority to choose his successor and established an undisputed legitimacy for the Tibetans over the question of selection of their supreme spiritual leader.

The reincarnation of the 14th Dalai Lama is at the heart of Beijing’s politics as this would mean unprecedented control over Tibetan Buddhism and therefore, further control over Tibet. Commenting on this issue, His Holiness said, “Physically, the Chinese have occupied Tibet but at the mental level, they can never control us. They use weapons to control and we influence their minds. Our method is much stronger than their weapons”.

“I’m a Buddhist monk and I practise Buddhism. I never contended that I’m the Dalai Lama… I am 100 per cent sure that in my next life I will be able to be useful to the community. That’s my wish.”

Meanwhile, His Holiness spoke on the evolution of democracy in Tibetan exile since his retirement from the political role in 2011. He noted that democracy is the need for a modern-day government system.

“As for democratic practices are concerned, we a handful of Tibetans are more advanced as we have a freely elected political leadership. China has a totalitarian system.”

With regard to possible meeting with the representatives of the Chinese government, His Holiness remarked that there’s a certain realisation within the leaders of PRC that their policy on Tibet over the last nearly seven decades is “unrealistic”.

He established that Tibetans no longer seek complete freedom rather seeks coexistence based on mutual respect and cooperation-the Middle Way Approach. He asserted that Tibetans inside Tibet must and should have the right to preserve their language and culture.

As for his plan to return to Tibet, His Holiness fervently affirmed that it was too early to make a decision and more so even, asserted that he enjoys India’s freedom and have been the longest guest of India. 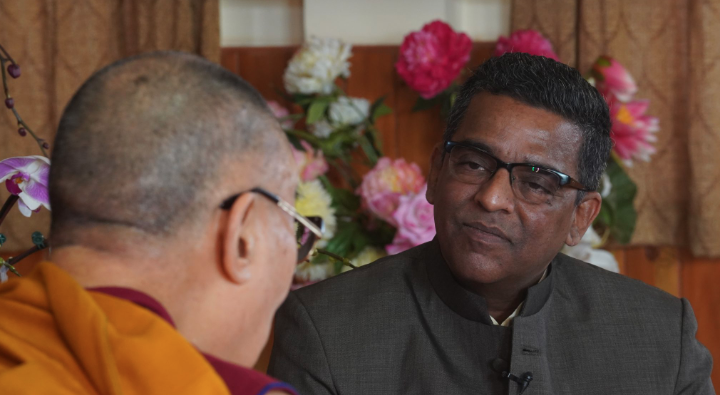 His Holiness the Dalai Lama being interviewed by Nitin Gokhale. Image: StratNews Global