On the following day, Secretary Tsewang Dolma Shosur attended the 62nd anniversary of the Tibetan Democracy Day event as chief guest, where she inaugurated the newly built entrance gate and other settlement projects. Furthermore, Secretary apprised the gathering on contributions of older generations in building Tibetan settlements and the roles of the Home Department in it.

The Vice Chair of Local Tibetan Assembly and TSO, respectively, read the statements of the Tibetan Parliament in Exile and Kashag during the commemoration.

Besides, the celebration was also attended by Settlement Officers of Kamrao, Paonta Cholsum, Sakya Puruwala, and Herbertpur, along with chairs and vice chairs of the regional Local Tibetan Assembly and Tibetan Freedom Movement. 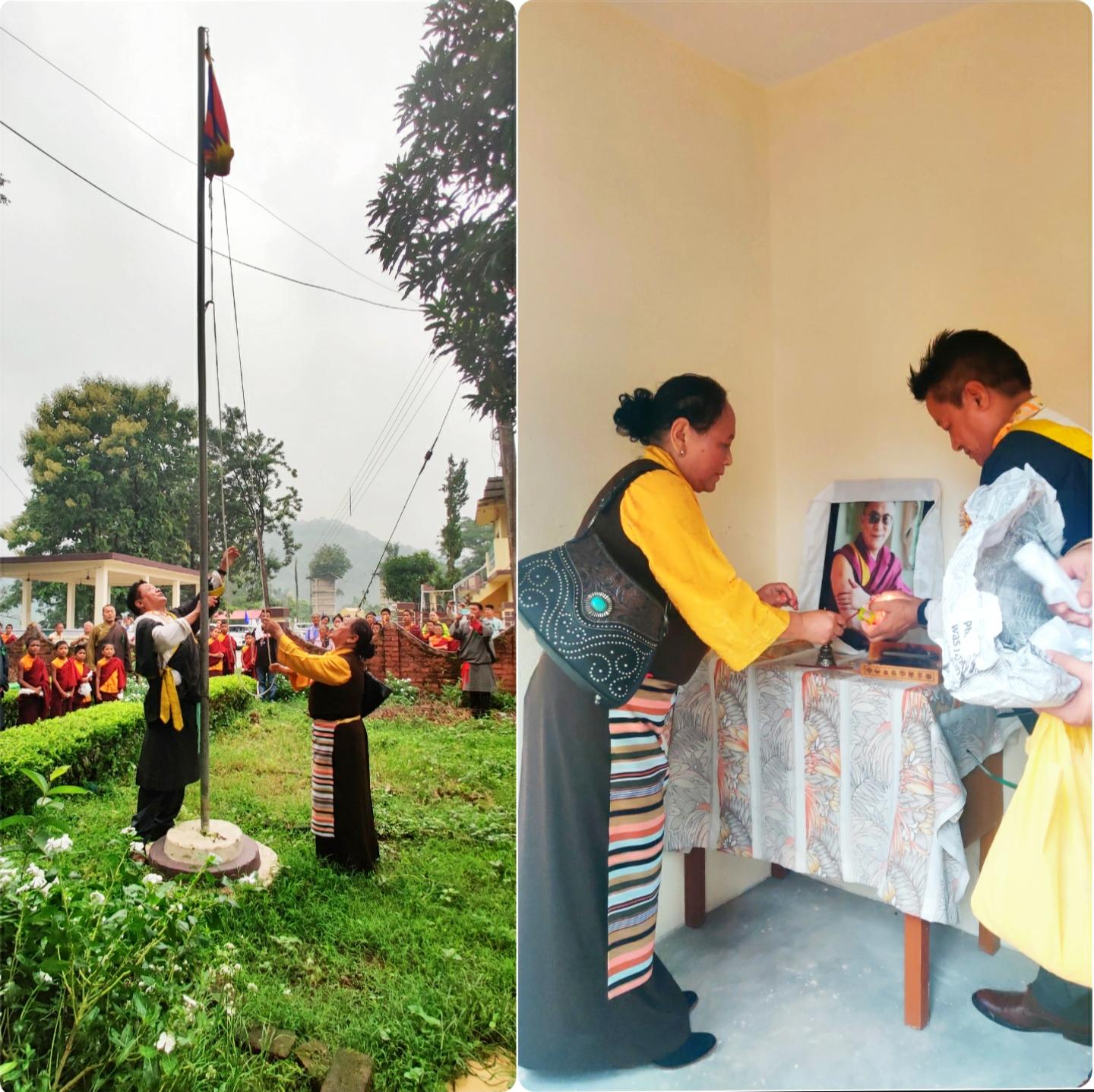 Group photo of the Tibetan representatives and heads with Secretary Tsewang Dolma Shosur.