Dharamshala: Secretary Palden Dhondup today officially took charge as the new Secretary of the Department of Home (DoH), CTA, following the successful completion of the three-day handing and taking-over of charge between him and the retiring Secretary Tsewang Dolma Shosur.

As a part of the handover-takeover ceremony held earlier this morning, the new and outgoing Home Secretary exchanged official documents in the presence of official witness Secretary Karma Rinchen appointed by Kashag. Following this, the outgoing Secretary gave a presentation on the department’s undertakings.

Prior to this day, Both new and outgoing Secretaries paid visits to the Dharamshala-based Tibetan Career Center (TCC) and Jampaling Old Age People’s Home, affiliated with the DoH, for orientation.

In her introductory remarks, retiring Secretary Tsewang Dolma Shosur briefly recounted her lengthy services at CTA while acknowledging the successful completion of the handing-over process. Lauding the staff for their committed cooperation, she said “During my time here at the Central Tibetan Administration (CTA), with the grace of His Holiness the 14th Dalai Lama, and the CTA at large, I have been fortunate enough to accomplish various goals in ensuring the proper well-being of the Tibetans in various settlements. My greatest accomplishment, however, has been overseeing the needs of destitute elderlies and ensuring their health and happiness during the dusk hours of their life for many years.” She continued, “At this point of my career, I would humbly like to share my successful retirement with you all, without your generous and unwavering support for all these years, such accomplishment would not have been possible.” She informed the gathering about Secretary Palden Dhondup’s dedicated services and acquainted the new Secretary with the department’s staff and additionally urged for necessary cooperation and support to the new Secretary.

Admitting fulfilled accomplishment of the taking-over of responsibility, the new Secretary Palden Dhondup recommended integrity and collaboration among staff in achieving the drafted objectives. He also underscored the significance of one’s perception and attitude in producing the desired goals at the office.

The official handing-over ceremony was wrapped up with a vote of thanks from Additional Secretary Tenzin Norbu.

Tsewang Dolma Shosur has dedicated over 40 years in service of the Central Tibetan Administration since 1979. Born on 14 October 1959 at Langchu district in Toe Ngari, Tibet, Tsewang Dolma did her primary education at Lower Transit School (Sursok), lower Dharamsala and successfully passed higher secondary from CST Shimla on 19th May 1976. She joined Force Academy in Dehradun from 19th May 1976 to 24th October 1977 as per CTA’s rules and regulation and completed Secretary Course there. After that, she studied Administration course in 1978. She was appointed as Junior clerk on 15th August 1979 in Branch Security cum Welfare Office, Mcleod Ganj in Dharamsala. Tsewang Dolma then served at the Bureau of H.H the Dalai Lama from 15th March 1986 as Public Relation Officer. From 15th September, she joined the Chief Justice Commission, Dharamsala as Senior Clerk. Again at Bureau Of H.H The Dalai Lama, Tsewang Dolma served as Rehabilitation Officer from 17th May 1995. She was then appointed as the Settlement Officer of Sataun, Sirmour district on 25th April 1997. From 11th February 1997, she served as the Secretary, Co-operative Society in Bylakuppe Delar, later as Settlement Officer, Herbertpur on 21st June 1999. From 4th September 2000, she was promoted to Deputy Secretary at Health Department and on 4th February 2002, joined Department of Home as deputy secretary and eventually rose her position to Additional Secretary. On 2 May 2019, she was appointed as Director of the Tibet Policy Institute until she assume charge as Secretary of the Department of Home on 18 October 2019. 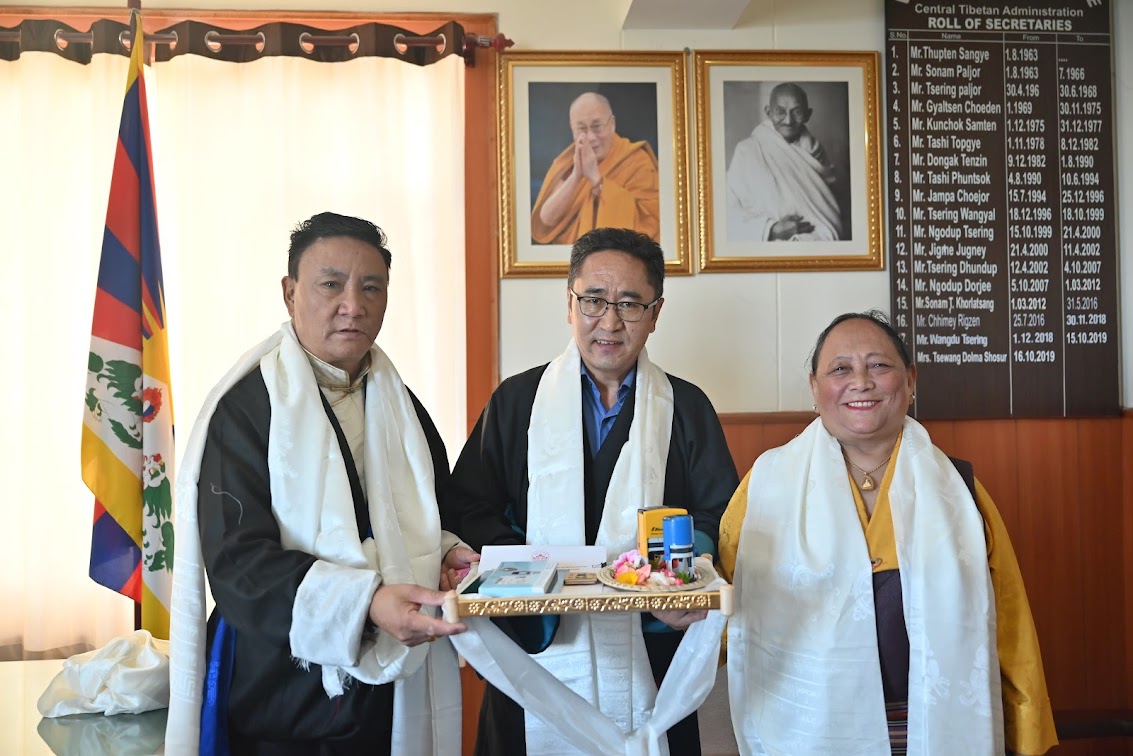 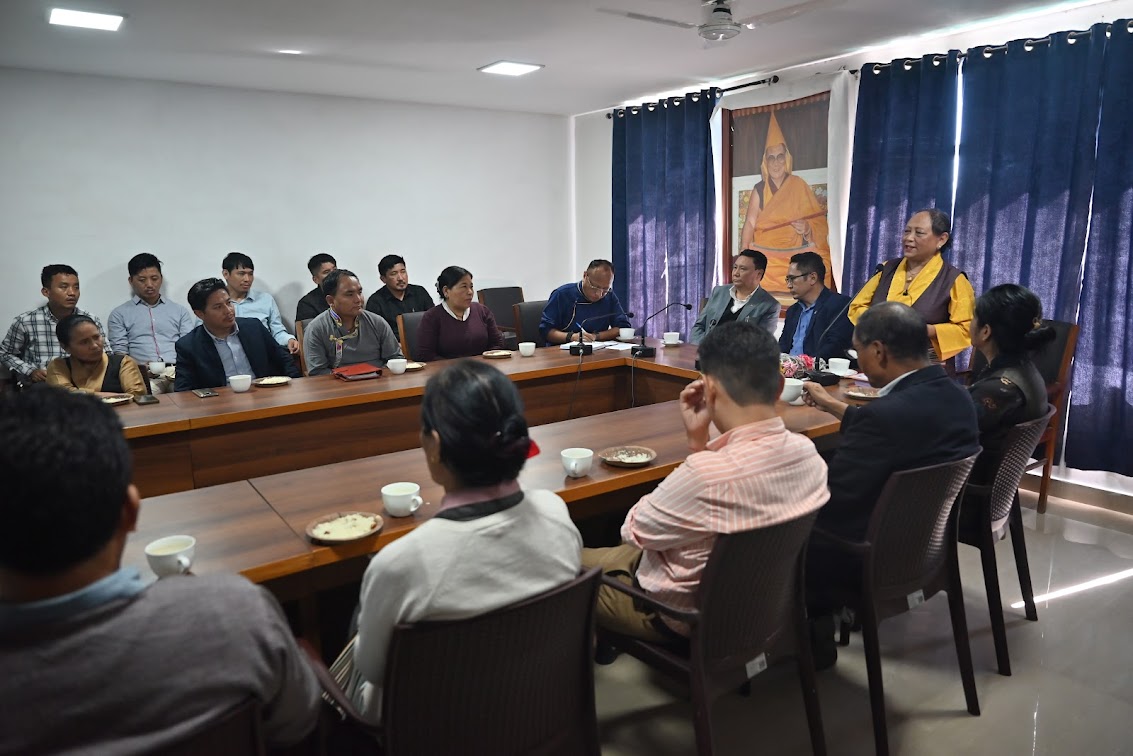 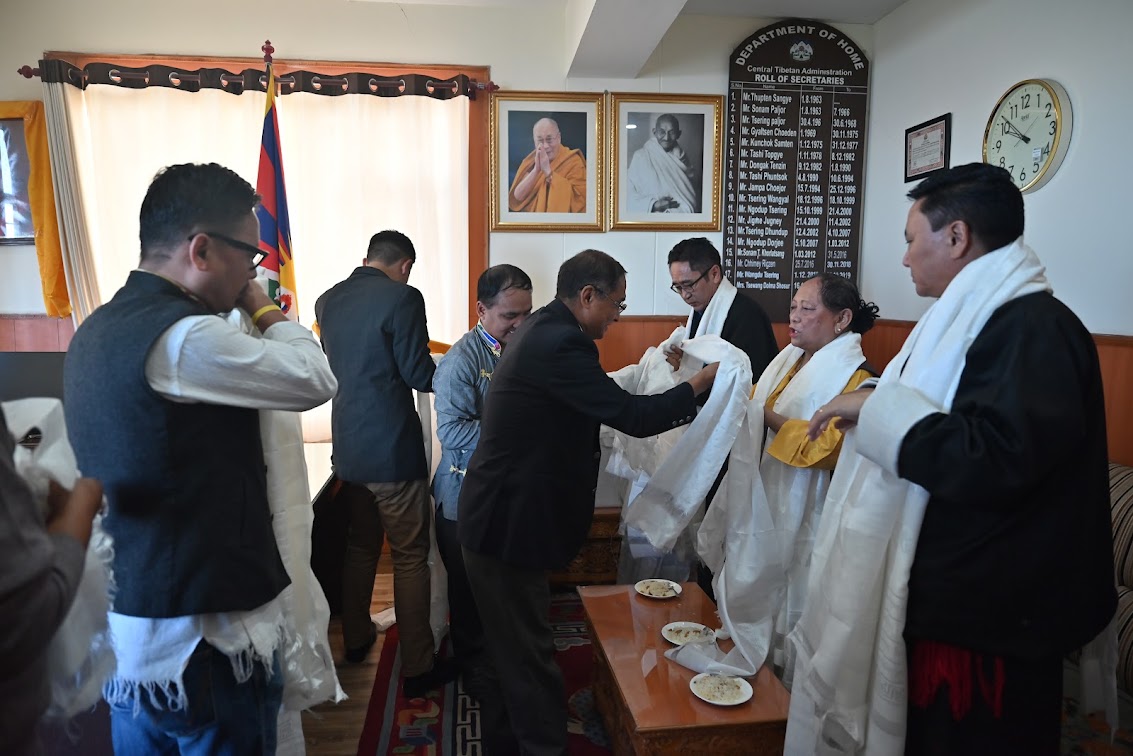 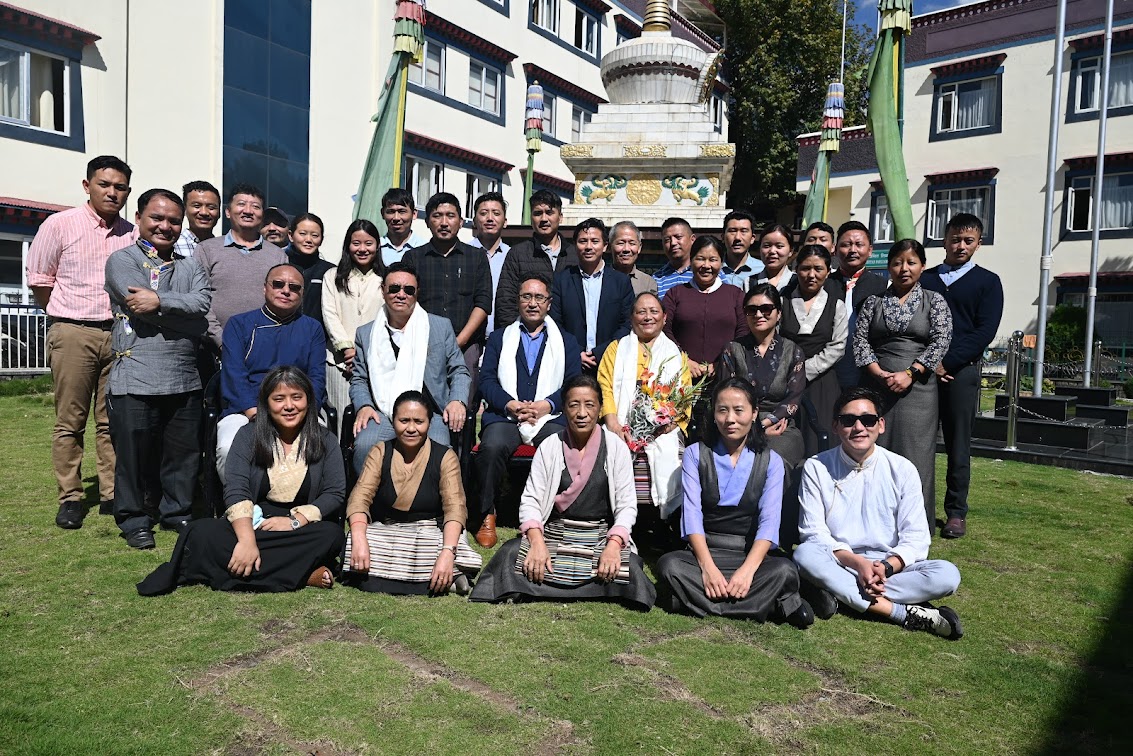 Group photo of the new and out-going Secretary with staff of the Department of Home, CTA. Photo / Tenzin Jigme Taydeh / DIIR