Tibetans in Delhi receive the peace marchers from Manali Delhi: The Tibetan Community at Samyeling Tibetan Settlement, New Delhi receives the three Tibetans who have begun peace march from Manali- Himanchal Pradesh on 23rd September 2020. Among the three members, 65 yr-old Chungdak had to withdraw due to physical incapabilities while the remaining two were joined by 25-yr-old Nyima from Chandigarh.

From Himachal Pradesh to Punjab, Chandigarh, Haryana and Delhi, the peace marchers covered a distance of 600 kilometres traversing 30 – 40 km a day and on 8 October, the marchers finally reached Delhi. They were given a warm reception at Majnu- ka Tilla where National General Secretary of Bharat Tibbat Sahyog Manch, Mr. Pankaj Goyal met them and appreciated their effort.

On 9th Oct 2020, the peace marchers reached Jantar Mantar and ended their long journey by submitting their memorandum to the Chinese Embassy and United Nations High Commission for Refugees.

The following are their memorandum agenda:

1: To urge the Chinese Communist Party to allow His Holiness the 14th Dalai Lama to Tibet

2: Through Middle Way Approach Chinese Communist Party should have a peaceful dialogue with His Holiness the 14th Dalai Lama or CTA

3: The Chinese authorities must immediately and unconditionally release the 11th Panchen Lama Gengun Choekyi Nyima and all the political prisoners. 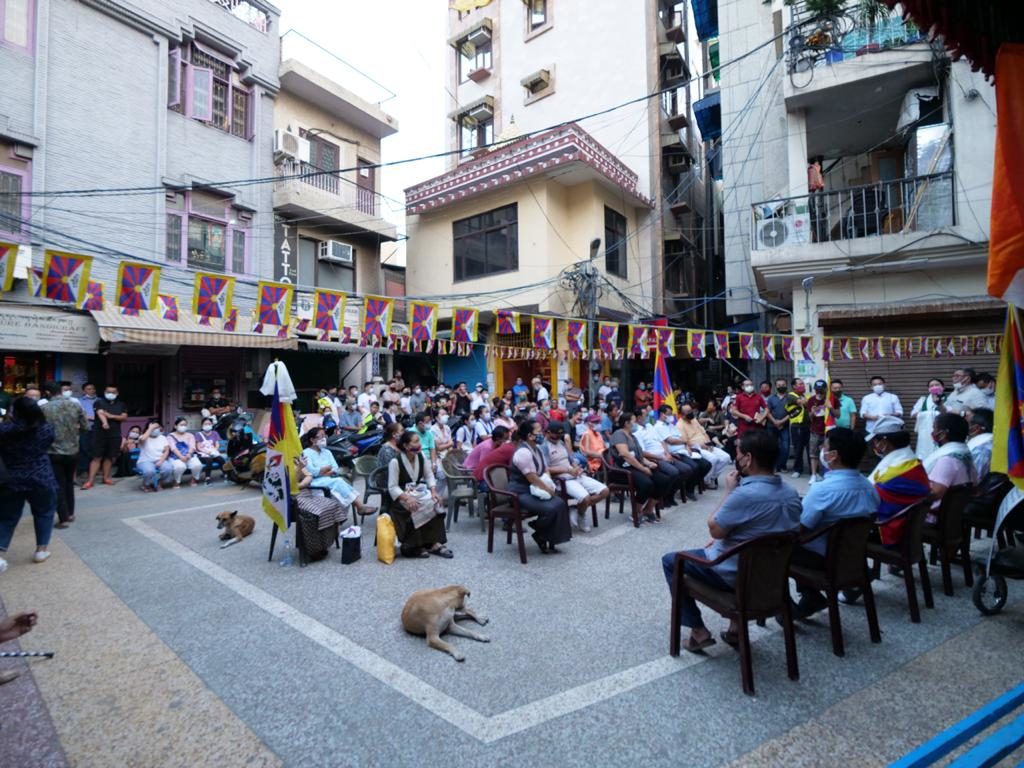 Tibetan Communities at the Function