Mundgod: Education  Dr. Pema Yangchen visited Mundod Tibetan settlement where she was accorded a cordial welcome reception by the representatives of the community, NGOs and administrators of the monastery.

Kalon first visited the local Tibetan schools and interacted with the students and inspected the facility of the schools.

The last leg of today’s program was a meeting with STS Mundgod Principal, Settlement Officer, DoE and STSS Project Officers along with Ms. Debbie Carrani, Vimala Association regarding some of STS Mundgod School’s project. 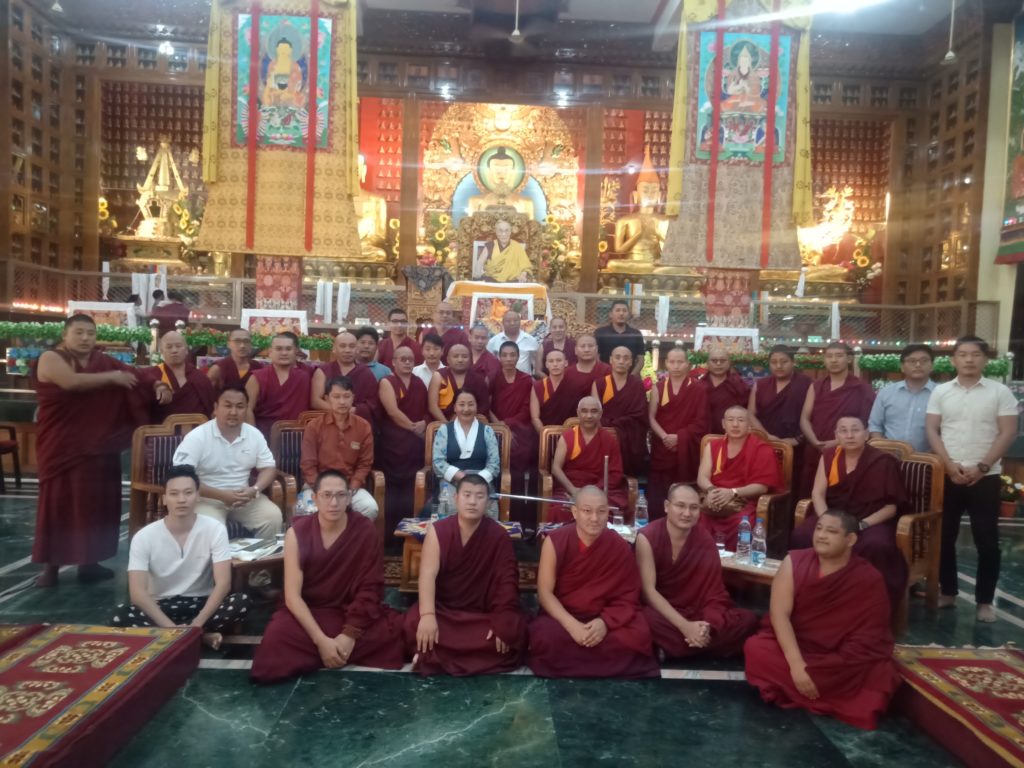 Kalon at the monastery in Mundgod Tibetan settlement

Kalon’s 2nd-day visitation began at Drepung Gomang School and Sakya School. She visited several classrooms and interacted with the students and teachers. As requested by Gomang Khen Rinpoche, Kalon gave a brief talk to Gomang School teachers on teaching methodology. Later in the day, she paid a visit to Kargyue monastery, three STS Pre-primary schools and STS Camp 6 and interacted with the students.

In the afternoon, she visited Rato, Sakya, Drepung Loseling, Gomang monasteries, and Loseling Meditation and Science Center. In the evening an official dinner was hosted by 25 governmental and non-governmental associations of Mundgod Doeguling Settlement.

The next day Kalon addressed the Tibetan residents of the settlement. She highlighted the role of the elder generation in children’s education and upbringing and informed them about educational resources and scholarship opportunities extended by the Education Department.

Afterward, Kalon gave a talk to 76 teaching and non-teaching staff of the three STS schools. She spoke about how to be an exemplary teacher both in terms of moral and professional qualities. She emphasised on adopting active teaching strategies. She explained the value of group work and how they can educate children about social skills through group activities.

Filed by the Department of Education 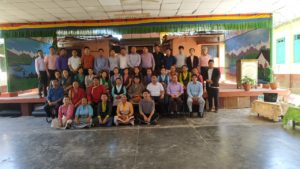 Kalon with the teachers and staff of Tibetan schools in Mindgod 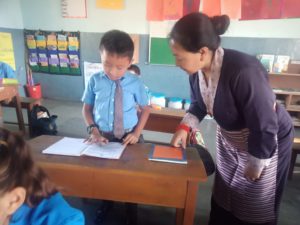