Dharamshala: Department of Home, CTA organised the two-day 8th Agriculture and Cooperative Conference of 18 agricultural-based Tibetan settlements in India, Nepal and Bhutan, and 15 Tibetan cooperatives in India from 12-13 November at Sikyong Hall after a gap of fourteen years void since its 7th Conference in 2007.

The chief guest at the opening session of the conference was Sikyong Penpa Tsering. It was also attended by Pema Delek, President of Federation of Tibetan Cooperatives India Ltd (FTCI), along with Kashag Secretary Tsegyal Chukya Dranyi, and Secretary of Home Department Tsewang Dolma Shosur. Other attendees at the Conference include Additional Secretary Tsetan Kelsang, Additional Secretary Dawa Tsering, Deputy Secretary Dhondup Tsering, and the 57 invitees. 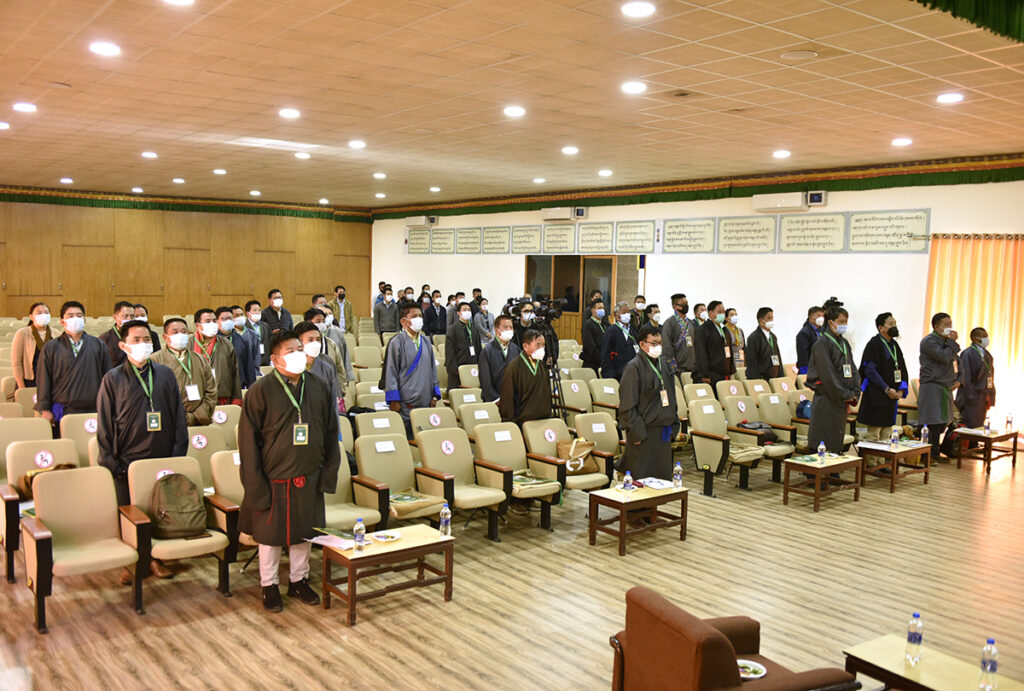 The Conference began with an introductory remark from the Secretary of Home department followed by Sikyong’s address. Sikyong Penpa Tsering of CTA, in his opening remarks, stressed timely submission of the annual reports without negligence from the cooperatives about their undertakings. He also suggested Tibetan agricultural section to analyse thoroughly the proper cultivation of crops and other productive plants based on the climatic, arability, and financial capability of the regions to yield a profit. Sikyong also highlighted a few instances of failure and success of an agricultural production in Tibetan settlements.

Before concluding his address to the invitees of the conference, Sikyong remarked on the significance of necessary development in Tibetan settlements to widen the occupational opportunities for younger generations. If we could enhance the employment opportunities in the Tibetan communities, it would help in the sustenance of Tibetan settlements in India, Nepal and Bhutan.

The opening session of the Conference concluded with a vote of thanks delivered by Additional secretary Dawa Tsering of the Home Department. 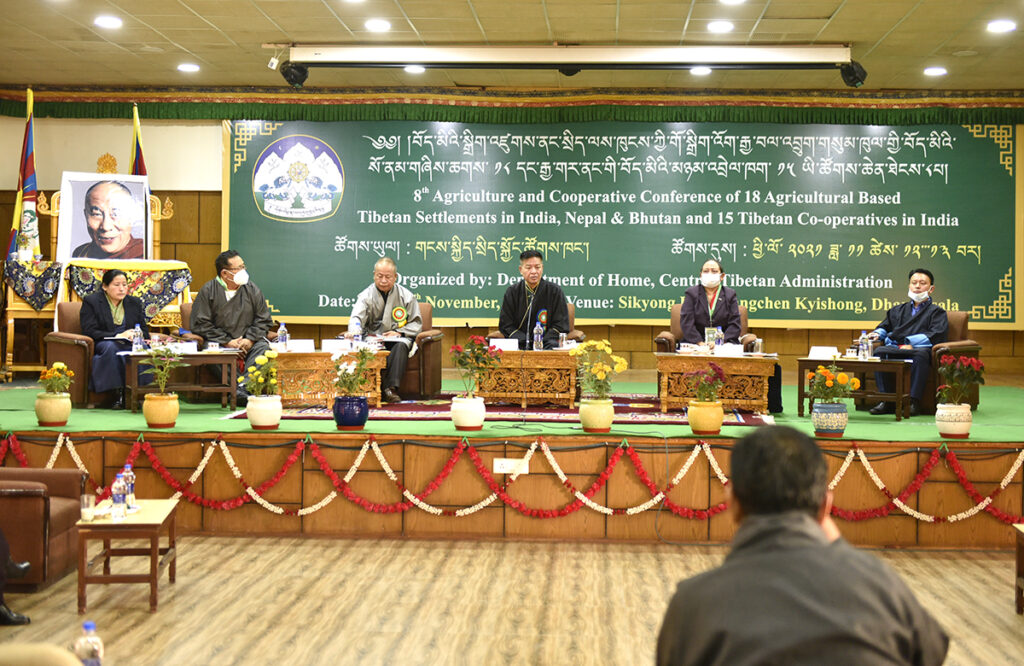 The guests at the conference talking to the participants. Photo/Tenzin Phende/CTA 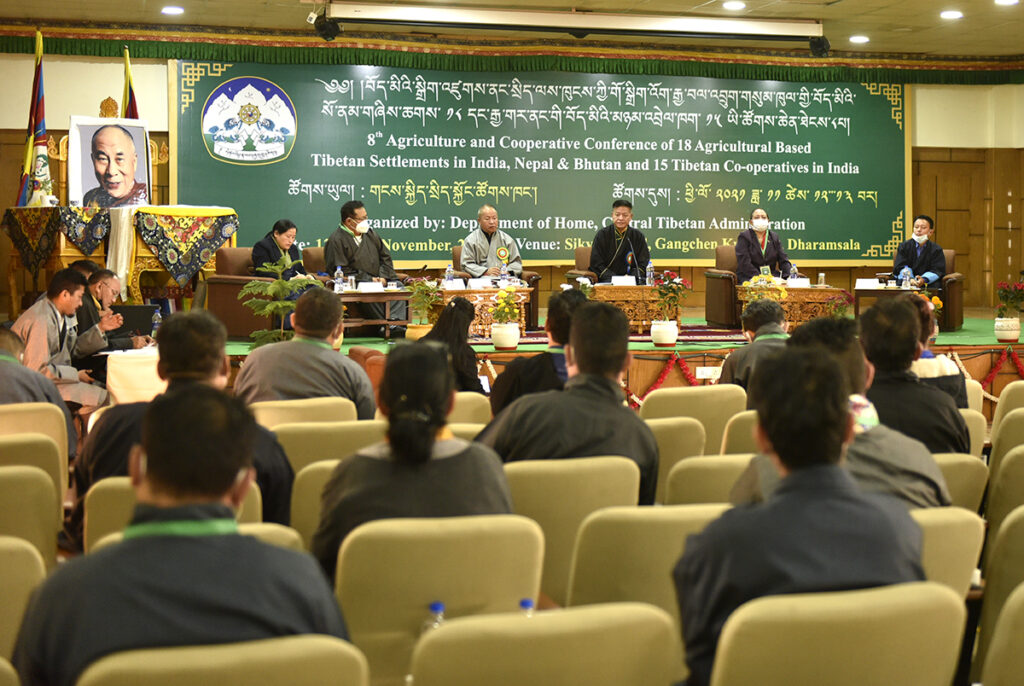