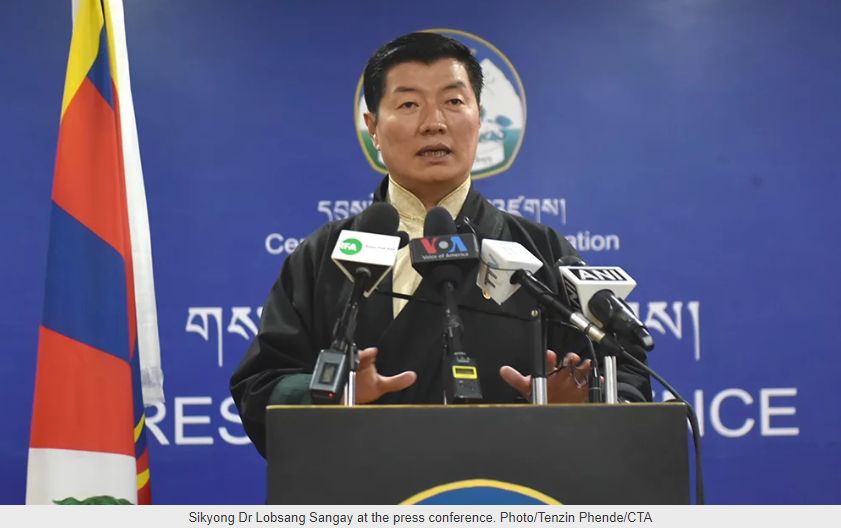 Dharamshala: “We hope that the bill gets signed into law by June this year,” said Sikyong Dr. Lobsang Sangay of the CentraI Tibetan Administration today during a brief press conference held at DIIR’s Lhakpa Tsering Memorial Hall.

At the press conference, Sikyong expressed the Central Tibetan Administration’s heartfelt gratitude to the U.S for its continued support on Tibet issue and for passing the landmark Tibet Policy and Support Act 2019 at the House with a supermajority of 392 votes in support.

Speaking to the media, Sikyong said, “I would like to thank the U.S House for passing the Tibetan Policy and support Act 2019 with an overwhelming majority of votes. This sends a very strong message to the Chinese government that the support for Tibet in America is as strong as it used to be in 2002 when the first Tibet Policy Act was passed.”

“I would also like to thank Hon. Speaker Nancy Pelosi for her leadership, Congressman Jim Mcgovern and Chris Smith for co-sponsoring the bill. Likewise, other Congressmen including Republican Congressman Ted Yoho who spoke strongly in support of the bill in the House as well as others,” he said while also acknowledging the efforts of International Campaign for Tibet and Tibetan associations and individuals.

Sikyong said the bill includes new provisions such as environmental issues in Tibet, religious freedom, issue of reincarnation, CTA and democratization as per the vision of His Holiness the Dalai Lama, and the funding for humanitarian projects for Tibetans inside and outside Tibet.

“The way this bill was brought to the House, it took many years. In the initial discussion, there was an element of concern that if we bring the revised bill, the worst-case scenario, if it doesn’t get passed, would mean a major set back for Tibetan cause but we were able to overcome that hurdle and went ahead,” Sikyong said, sharing the success story.

In conclusion, Sikyong Dr Lobsang Sangay announced today that he is willing to visit DC again in February to discuss with long time friends of Tibet at the Senate to intensify the lobbying. 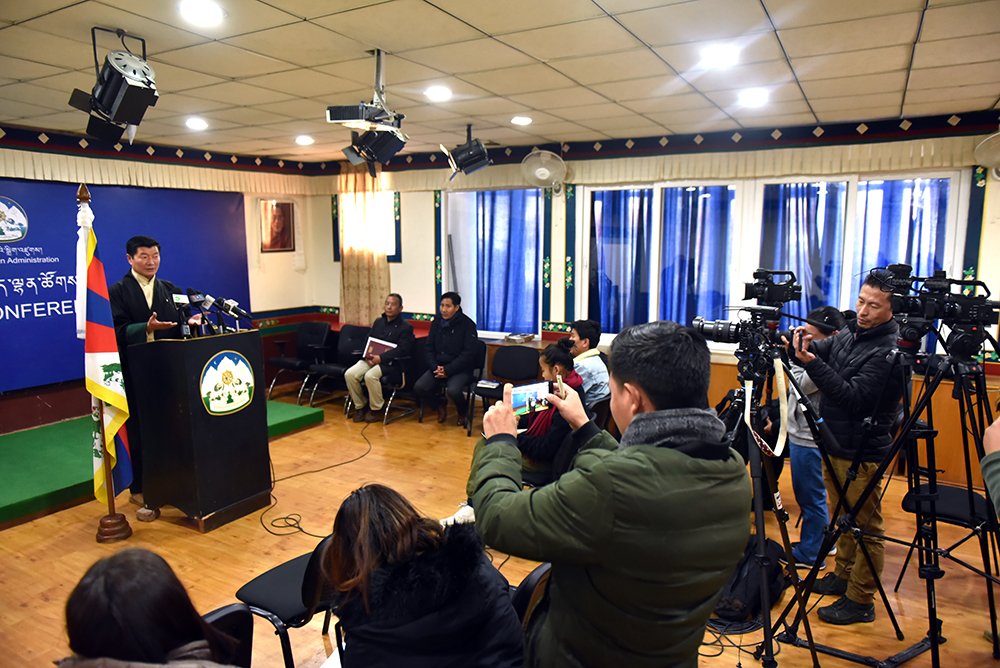 Sikyong speaking to the media on the recently passed Tibet Policy and Support Act 2019 by the House of U.S. Photo/Tenzin Phende/CTA