Dharamshala: The Central Tibetan Administration officially recognised 12 March as ‘Tibetan Women’s Day’ in 2017, in its commitment to Tibetan women’s empowerment with the objective of enabling them to fully participate and contribute to the advancement of Tibetan society.

12 March is significant in Tibetan history as, on this day in 1959, thousands of Tibetan women took to the streets of Lhasa to protest against China’s unlawful occupation of Tibet.

In keeping with this commitment, this year, the Women Empowerment Desk of CTA organised an event titled ‘Each for Equal’ featuring talk series and screening of a documentary on Tibetan women in exile.

Sikyong Dr Lobsang Sangay presided over the event along with Kalons, Secretaries and officials of CTA.

In his address, Sikyong stated that CTA is committed to gender equality and has implemented the principles of gender equality in the Tibetan Charter and subsequently at every level of the Tibetan administration while also increasing funding allocations for women’s empowerment initiatives from just 9 lakhs in 2011 to more than 48 lakhs this year under the 14th and 15th Kashag.

He urged the various departments to make efforts to maintain a gender-inclusive space. He also enumerated the data on the increased participation of women in terms of higher education, in the CTA, or self-run businesses. Sikyong expressed optimism in the rising trend of female politicians and bureaucrats and emphasised the role of the Women Empowerment Desk.

Following a short documentary that encapsulated the role of Tibetan women in the advancement of the Tibetan community in exile from the road construction work of the older generation to the current generation’s participation in every field, a brief talk was given by Tenzin Dolker from Women’s Empowerment Desk, Finance Department followed by a presentation on Women-led Tibetan resistance movement by TPI staff Tashi.

The event also featured write Tenzin Phuntsok who presented a reading of his poem and Dawa Lokyitsang,  a student of cultural anthropology who via videoconference presented on the participation of Tibetan women in the political arena and Tibetan Women’s Association’s evolution in the years from the inception and their impact on the gender discourse. 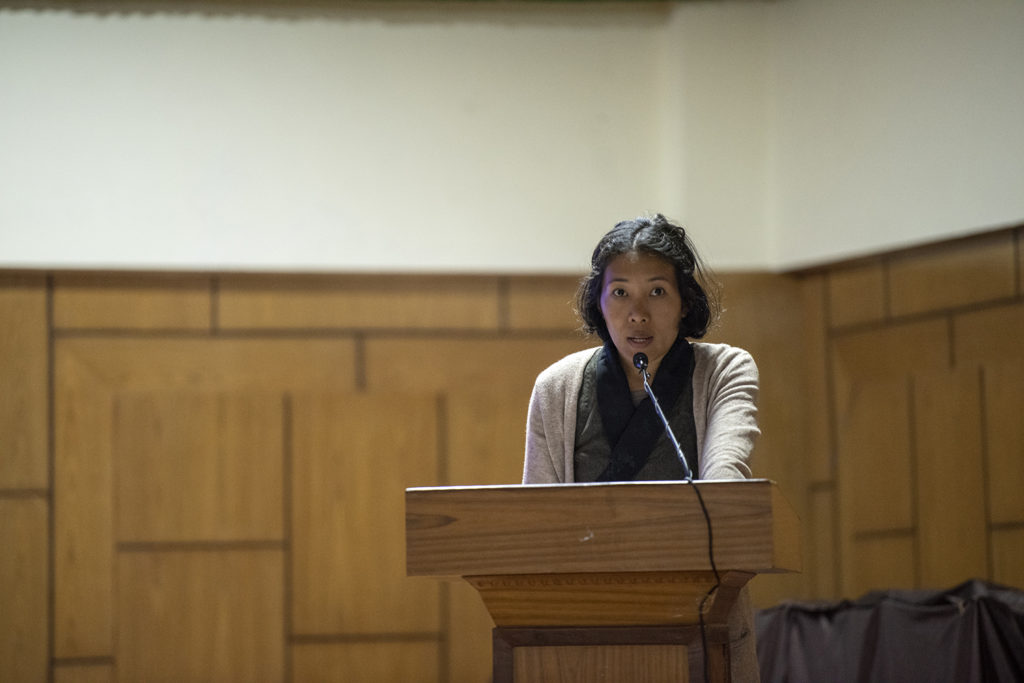 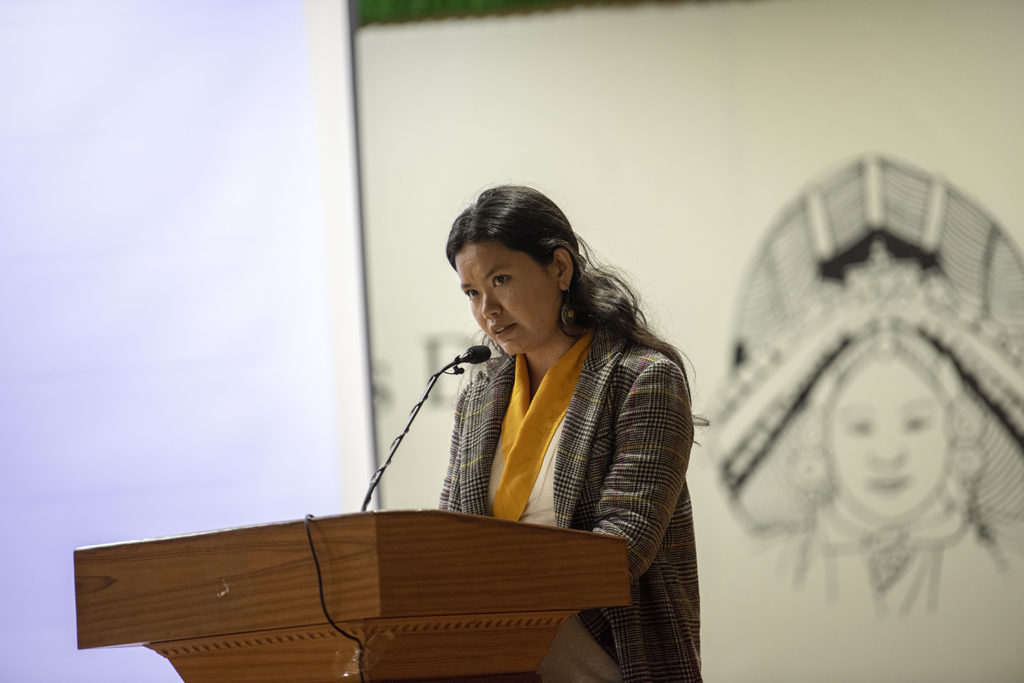 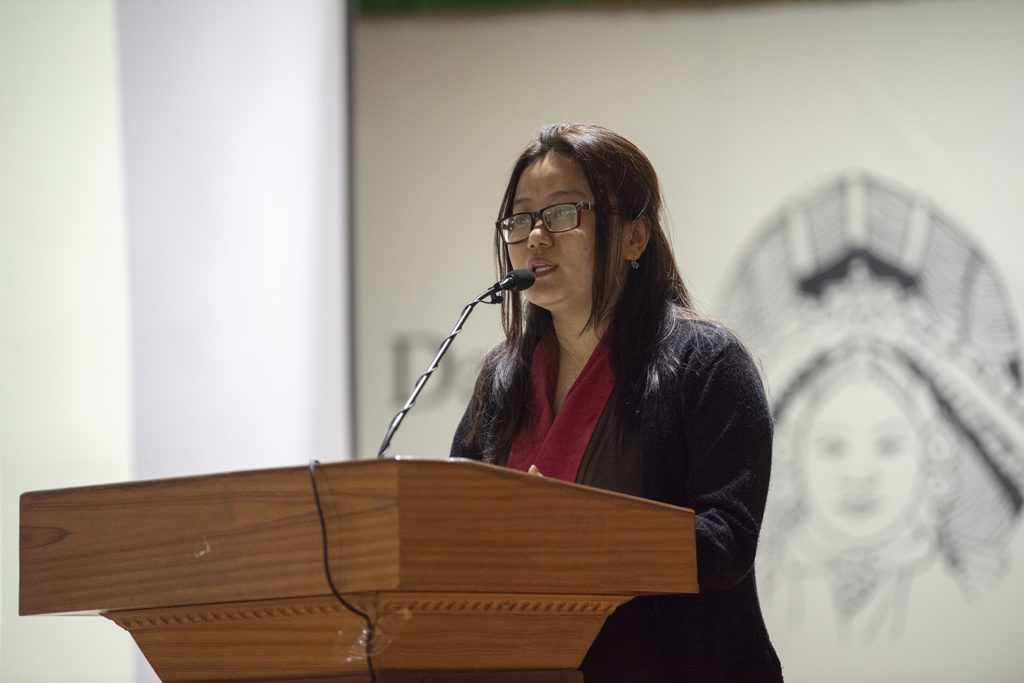 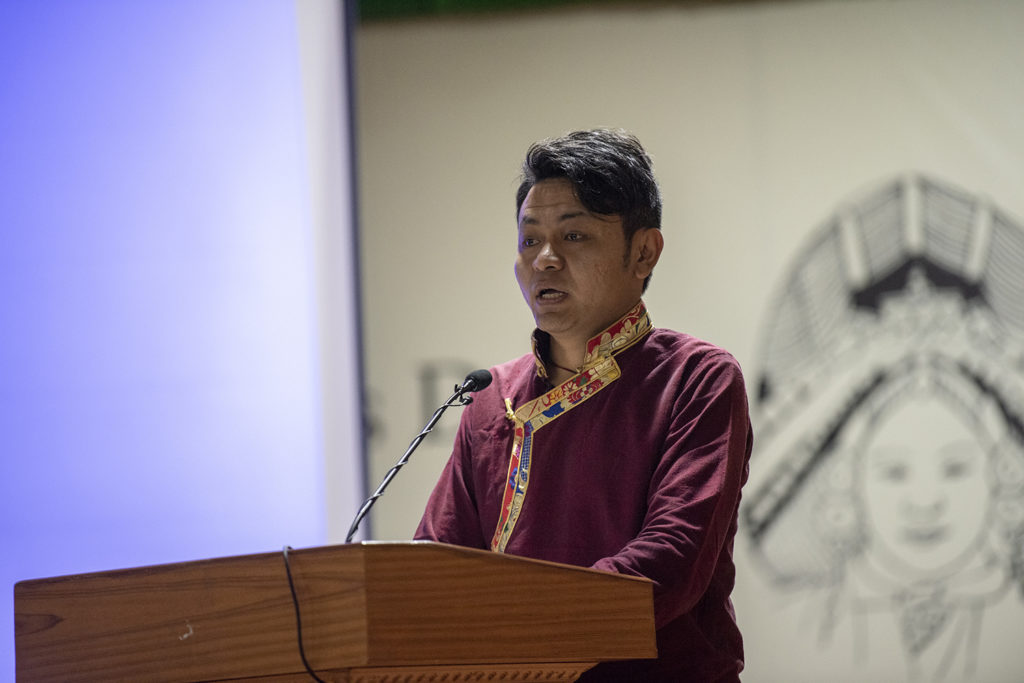 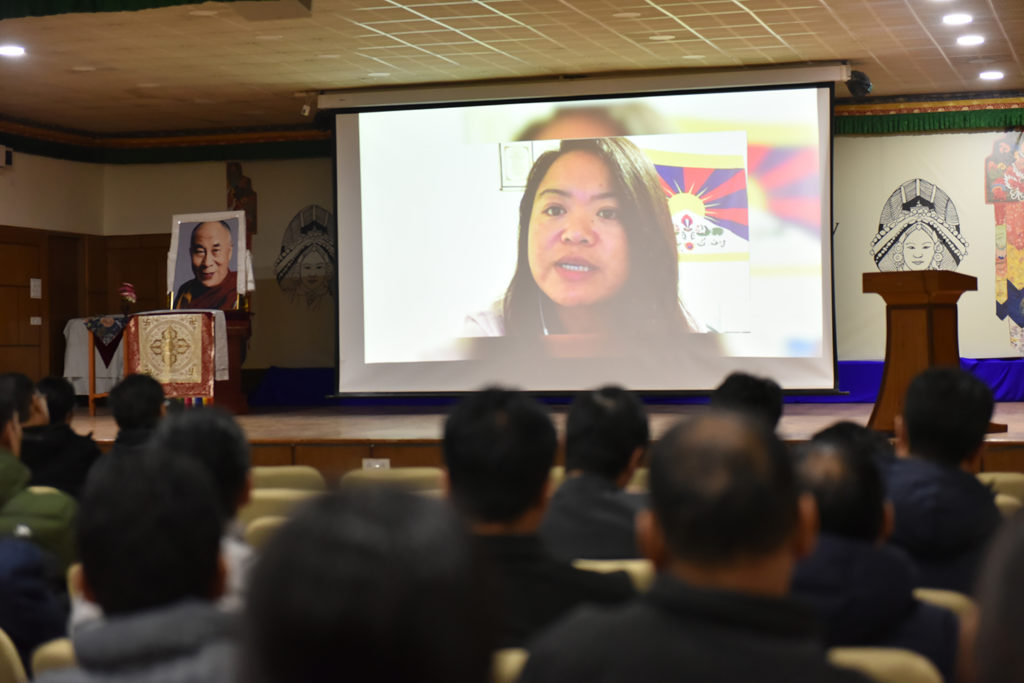 Tibetan-American Dawa Lokyitsang, a student of cultural anthropology speaks on the participation of Tibetan women in the political arena. Photo/ Tenzin Jigme/ CTA 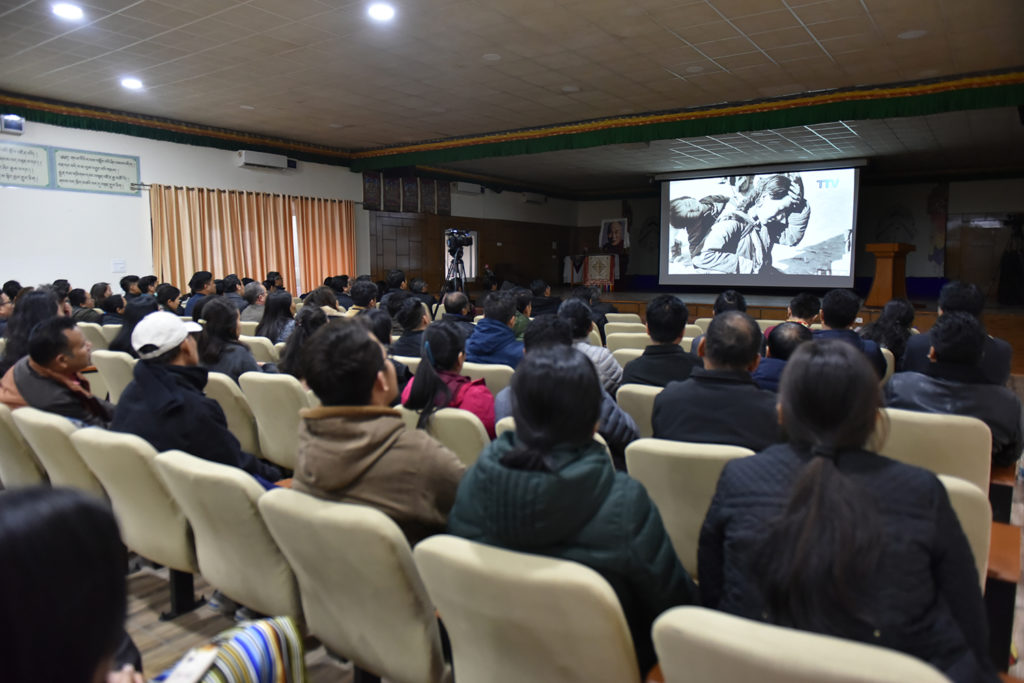 The short documentary on Tibetan women’s role in the advancement of the Tibetan community-in-exile. Photo/ Tenzin Jigme/ CTA 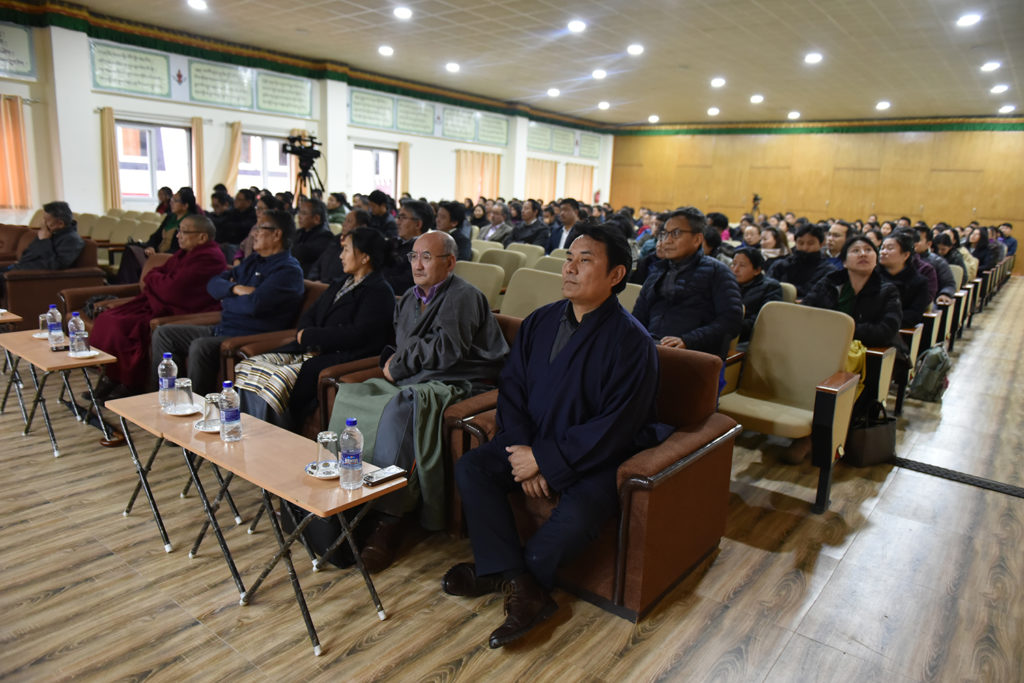 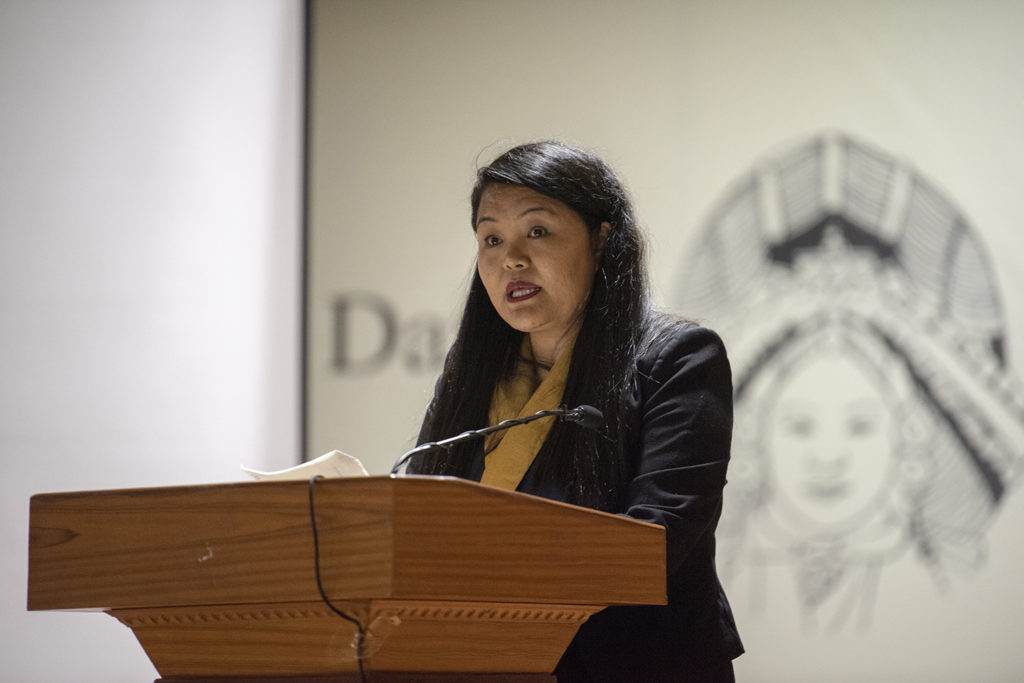