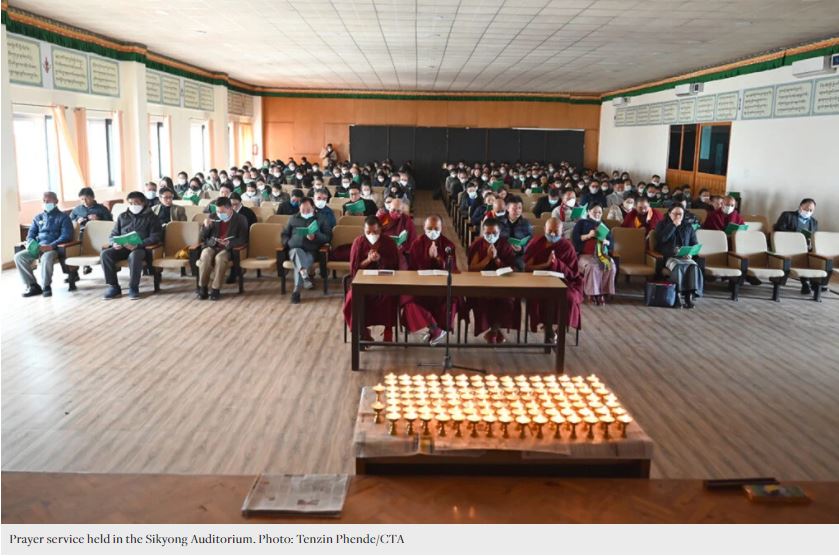 Dharamshala: The officials and staff of the Central Tibetan Administration headed by Sikyong Penpa Tsering held a mass prayer this afternoon to mourn the demise of Archbishop Desmond Tutu, the icon of anti apartheid whose death left a great void in the hearts of those who know him and his illustrious contributions to humanity.

In his condolence remarks, Sikyong Penpa Tsering said that the late Anglican bishop known for his work as an anti-apartheid was a close spiritual friend to His Holiness the Dalai Lama and also a great supporter of the Tibet issue. Hence, no sooner the news of his passing away was reported, the condolence messages from His Holiness the Dalai Lama, CTA’s Sikyong and Speaker of Tibetan Parliament were sent to the bereaved family member of the late human rights activist. Recollecting his first in-person meeting with the late Noble laureate in 2015, Sikyong testified the closeness between the two spiritual brothers as one kind of divine friendship.

The offices of the Tibetan administration was closed following the prayer service as a mark of condolence and respect for the deceased. 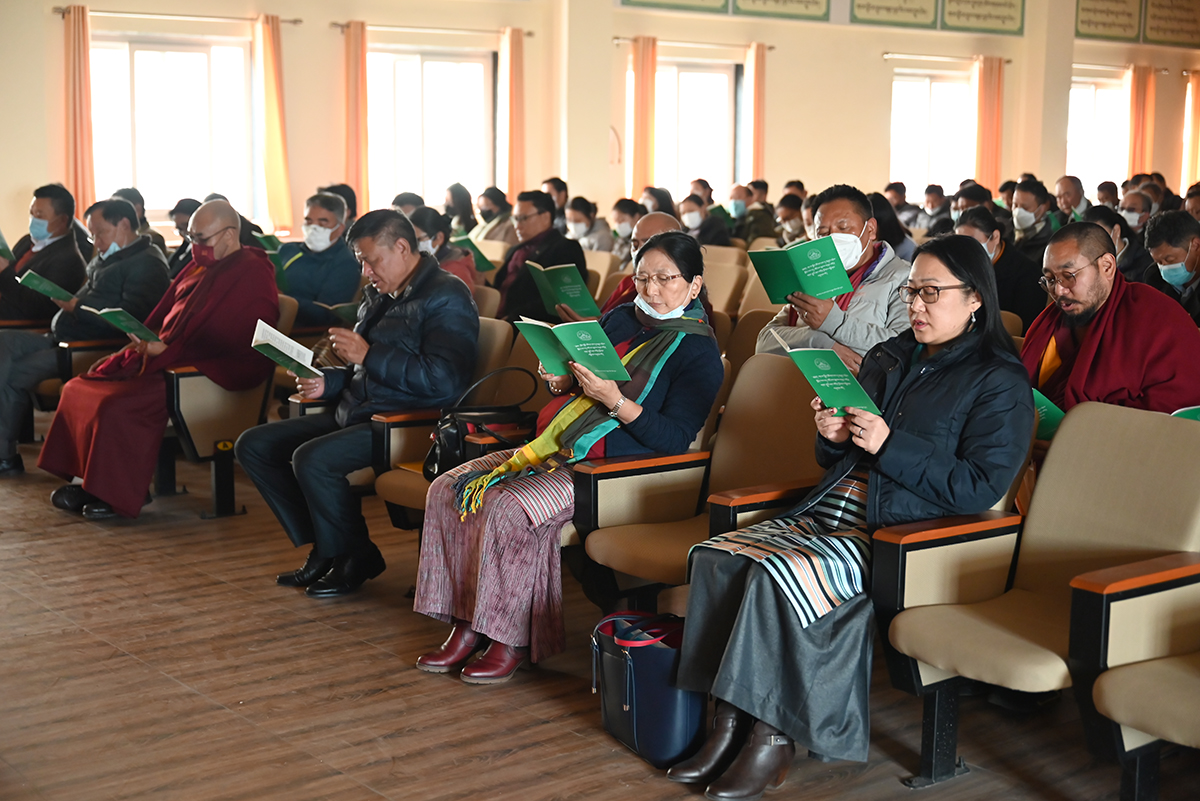 Archbishop Desmond Mpilo Tutu was born on October 7, 1931, to a low-income family in Klerksdorp, South Africa. He was enthroned as Bishop of Johannesburg from 1985 to 1986 and then Archbishop of Cape Town from 1986 to 1996, in both cases being the first black African to hold the position. In 1984, he was conferred the Nobel Peace Prize for his non-violent tactics in dismantling the infamous apartheid system and was awarded John Templeton in 2013. 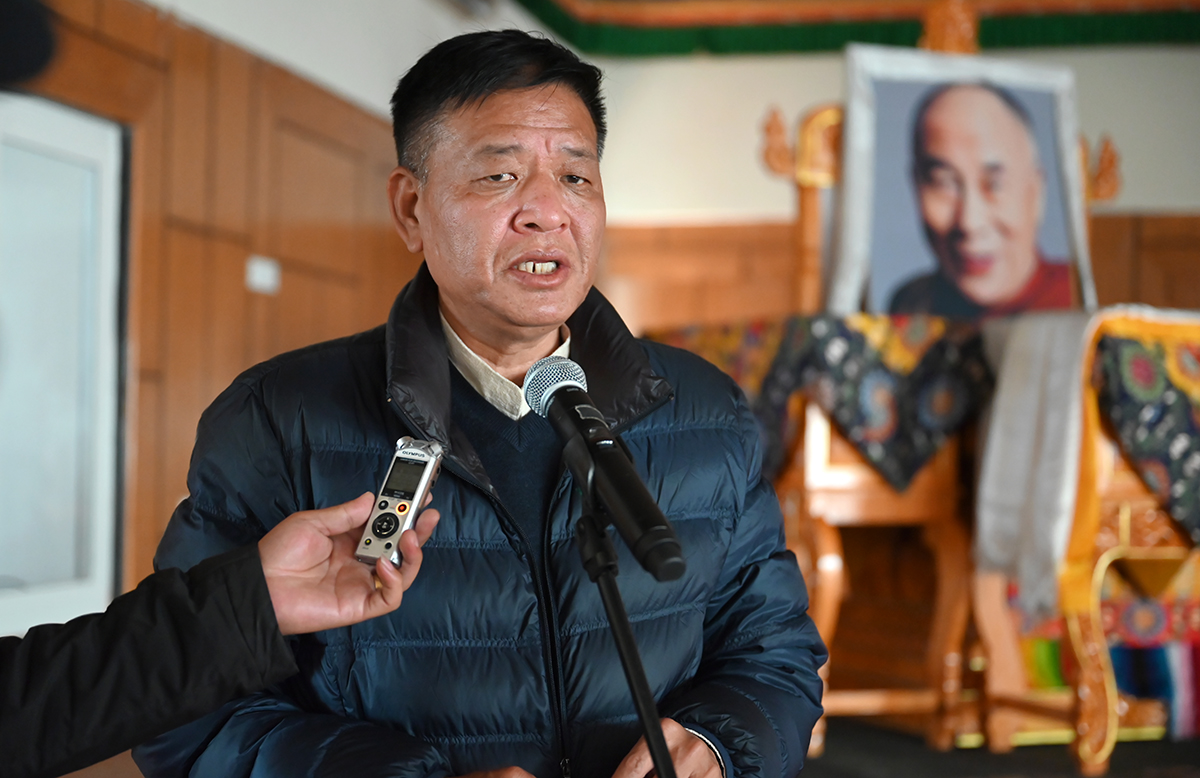 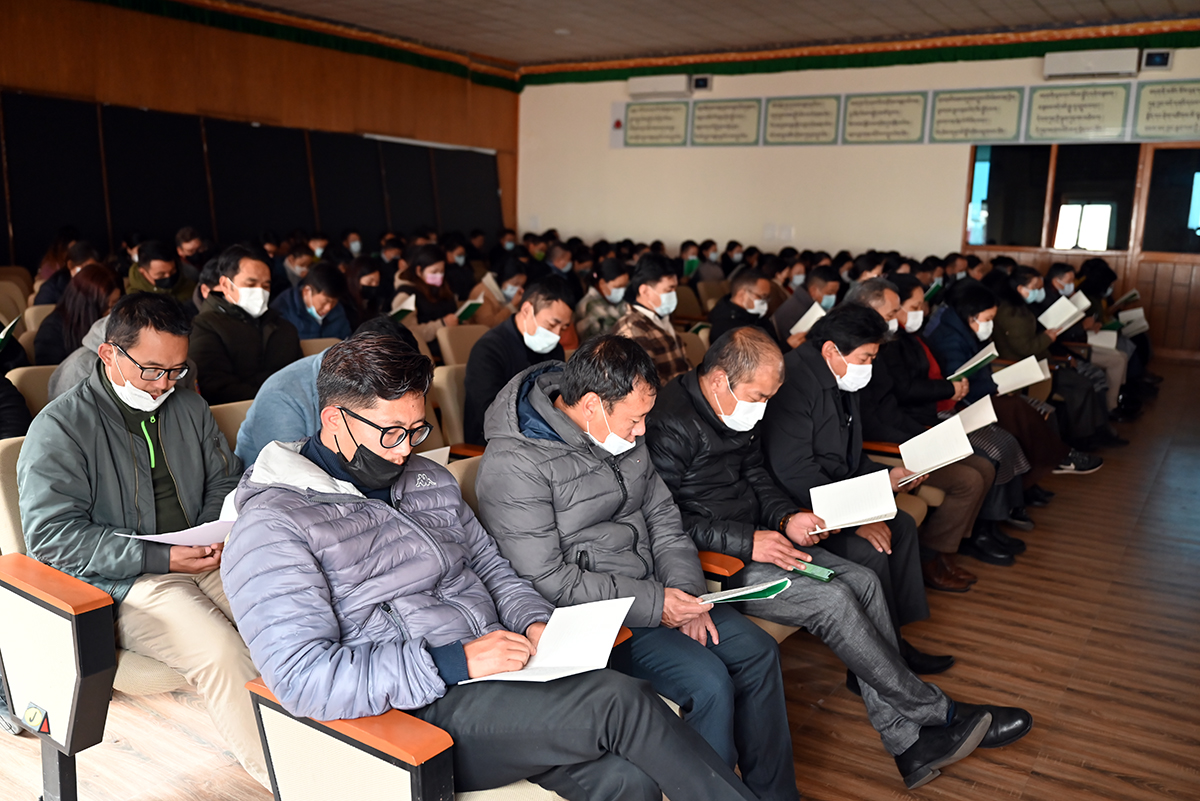