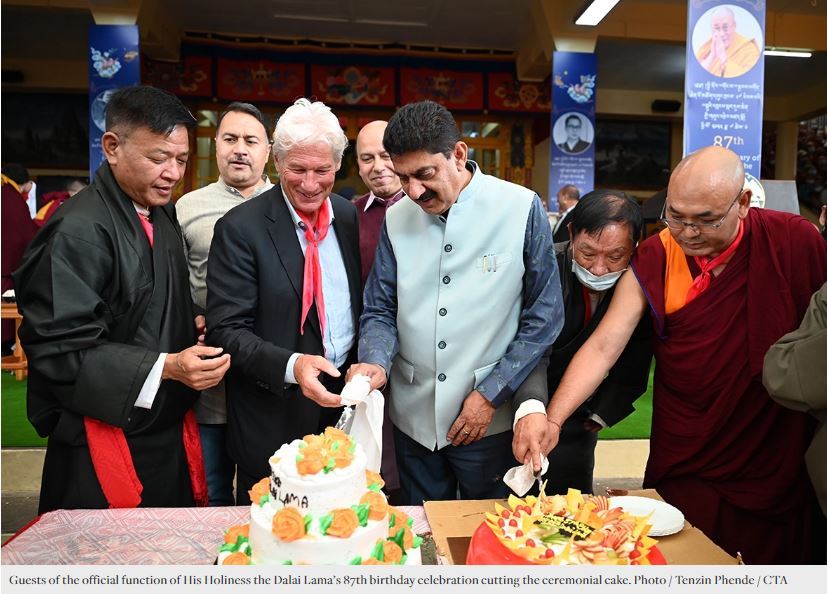 Dharamshala: Tibetans, followers and friends of Tibet celebrated the auspicious occasion of the 87th birth anniversary of His Holiness the great 14th Dalai Lama across the globe on 6 July with grand festivities and great hopes. The official commemoration of the omnipresent celebration was also observed by the CTA-led Tibetans in the hills of Dharamshala at the courtyard of Tsuglagkhang earlier today.

Chief Minister Shri Jai Ram Thakur of the state of Himachal Pradesh virtually attended the celebration as chief guest, along with the staunch supporter of Tibet Richard Gere, Chairman of International Campaign for Tibet, and the 104th Gaden Tripa Jetsun Lobsang Tenzin attended the event as special guest and guest of honour, respectively.

The other guests of the official celebration include Jonang Gyaltsab Rinpoche, Shri Rakesh Pathania (Forest Minister of HP), Shri Vishal Nehria (MLA from Dharamshala), Gianni Vernetti (former Senator and Under Secretary of State for Foreign Affair, Italy), heads of the three democratic pillars of Central Tibetan Administration, Kalons, Tibetan Parliamentarians, heads of the CTA’s autonomous bodies and others.

Following the ritual ceremonies at Lhagyari, the chief guest CM Jai Ram Thakur, who has a pre-scheduled programme to personally attend His Holiness the Dalai Lama’s birthday celebrations at Dharamshala, virtually addressed the guests and Tibetan attendees amassed at the Tibetan main temple due to the unfavourable weather conditions. The Chief Minister disclosed his phone-call conversation with His Holiness to the gathering and expressed his admiration for the latter, given His Holiness’ efforts in promoting non-violence and compassion. He further lauded His Holiness’ contributions in making Dharamshala known to the wide world through preservation of Tibetan religion and cultural heritage in the host state.

The guests of the event jointly cut the ceremonial cake after the chief guest’s address.

Acknowledging the celebration of the birthday with His Holiness the Dalai Lama and the inaugural of the new Dalai Lama Library & Archive prior to the official ceremony, Sikyong Penpa Tsering of the Central Tibetan Administration highlighted the inability to celebrate His Holiness’ birthday inside Tibet despite Tibetan in Tibet’s wishes due to unabated restrictions by the Chinese government.

Thereafter, Sikyong and the Speaker Khenpo Sonam Tenphel of the Tibetan Parliament in Exile read the statements of Kashag and TPiE, respectively, at the ceremony.

In his addressing, Forest Minister Rakesh Pathania of Himachal Pradesh – who attended the celebration on behalf of the Chief Minister – underscored contributions of His Holiness the Dalai Lama in transforming Dharamshala into an international tourist destination through his presence and mentioned the inclusion of the latter’s life-story in Himachal school’s syllabus. In addition, he said, “We stand with you on this fight for independence, and we will always stand with you in this fight of independence”, at the event.

The special guest Richard Gere also spoke to the gathering, saying, “Tibetans, you should be proud” since “once, not in a lifetime, once in a millennium, maybe in two millennia, such a person, such a human being as the Dalai Lama emerges and he is a Tibetan”, he continues, however, “His Holiness is not going to be here forever, he is going to leave this body at some point” therefore “we can’t rely on the Dalai Lama to carry all of us. We have to carry each other, and it’s going to happen soon enough that that reality hits us. It’s up to the Tibetan people to carry the weight of your freedom, the weight of your truth, the weight of your possibilities, and the weight of your vision.” Hence, “in that context of knowing, we all have to step up”, said actor Richard Gere while recollecting his first visit to Dharamshala 40 years before as well as his experiences during the conferment of Noble Peace Prize to His Holiness the Dalai Lama in 1989 where His Holiness talked about the mankind’s responsibilities towards the earth and its environment.

The 87th birthday celebration of His Holiness at the Tibetan main temple also saw a wide variety of folk dance performances from various communities. At the same time, several awards were presented to the recipients during the event, namely the Department of education’s non-formal research program award, community health care award from the Health Department, service completion award and service excellence award of CTA.

Apart from these, many prominent leaders and high-profile personalities across the globe have also wished long and healthy life to His Holiness the Dalai Lama on his birthday through different mediums and platforms. 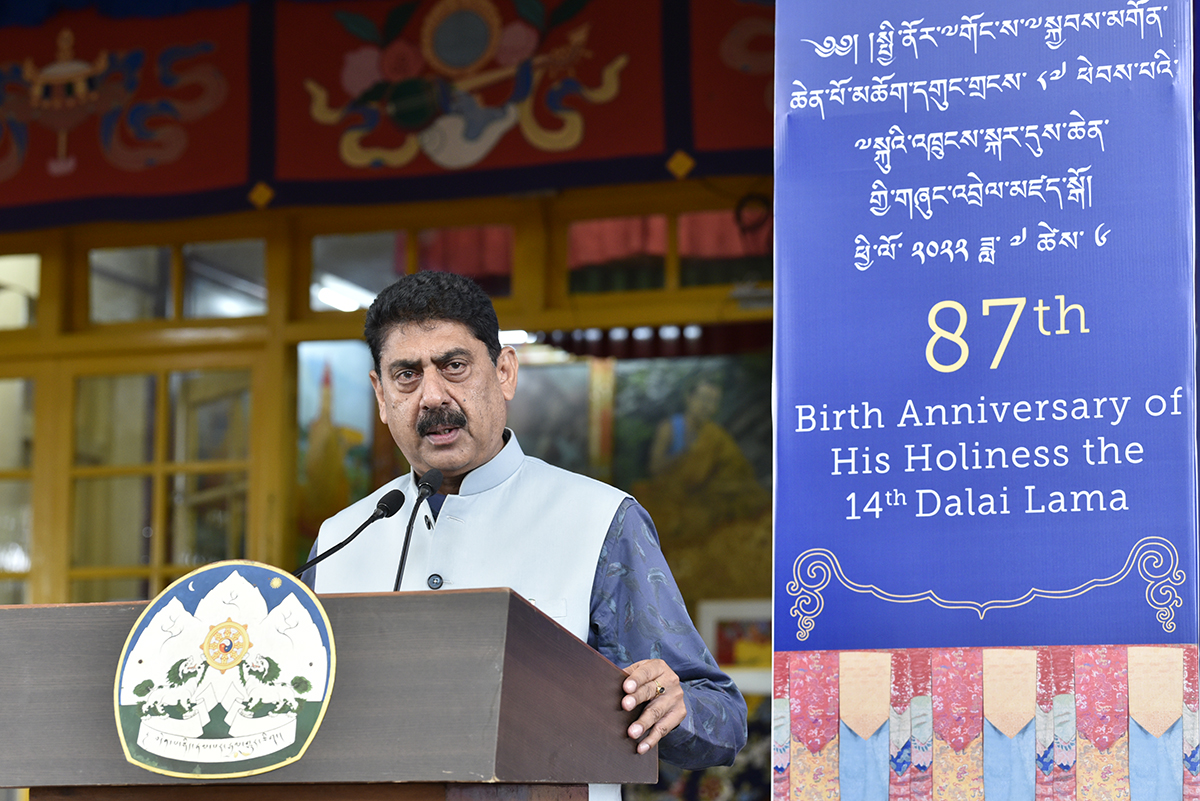 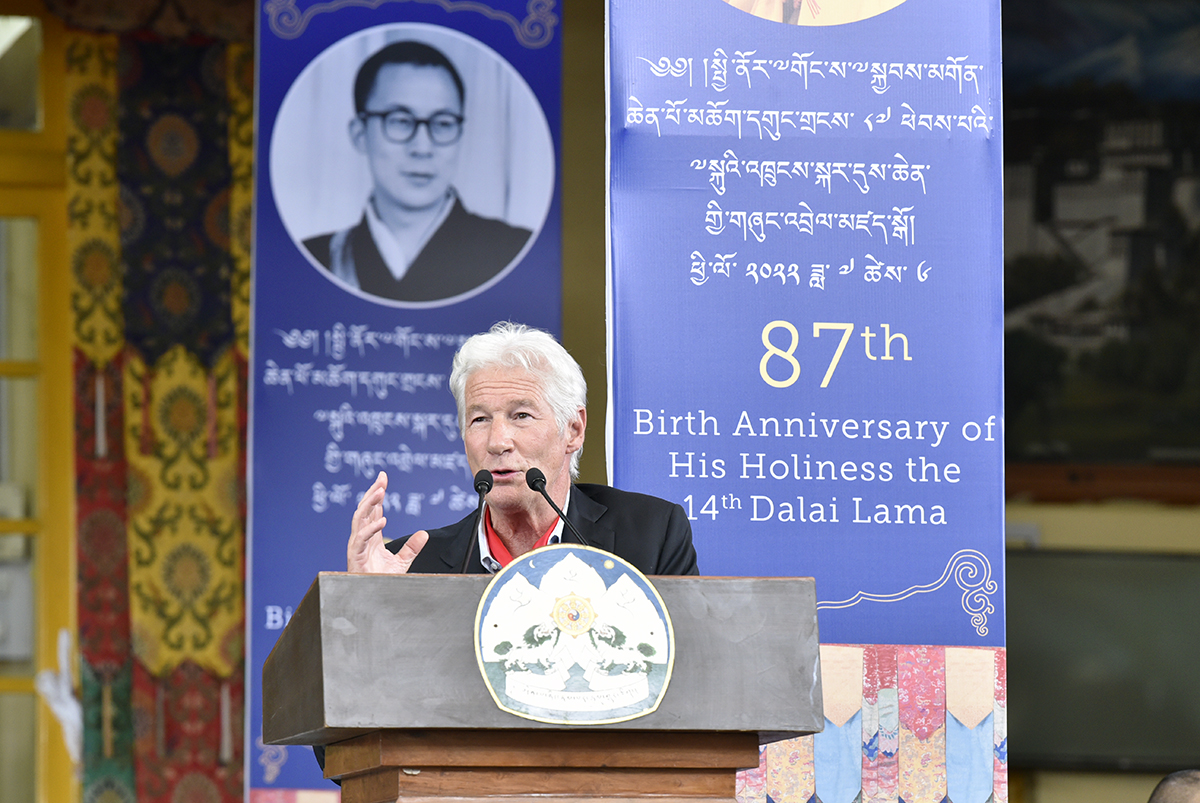 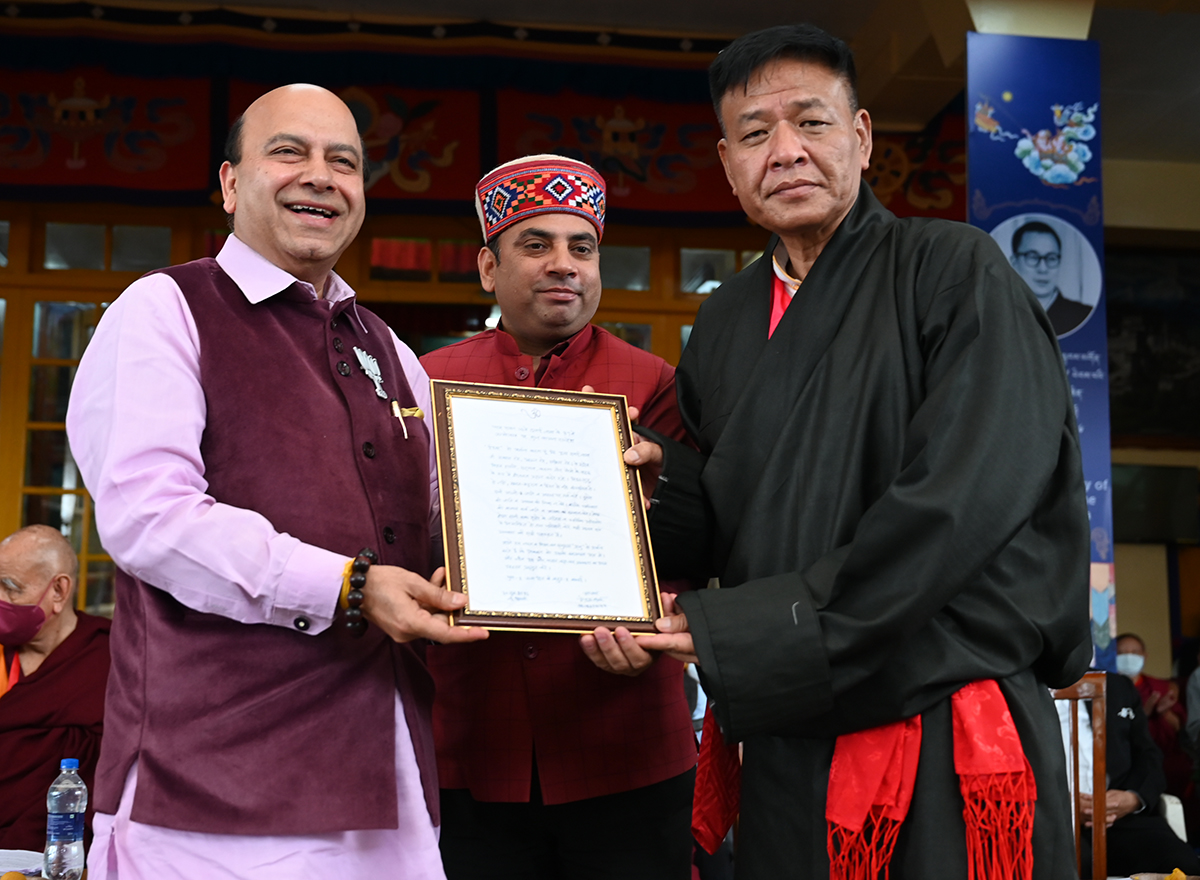 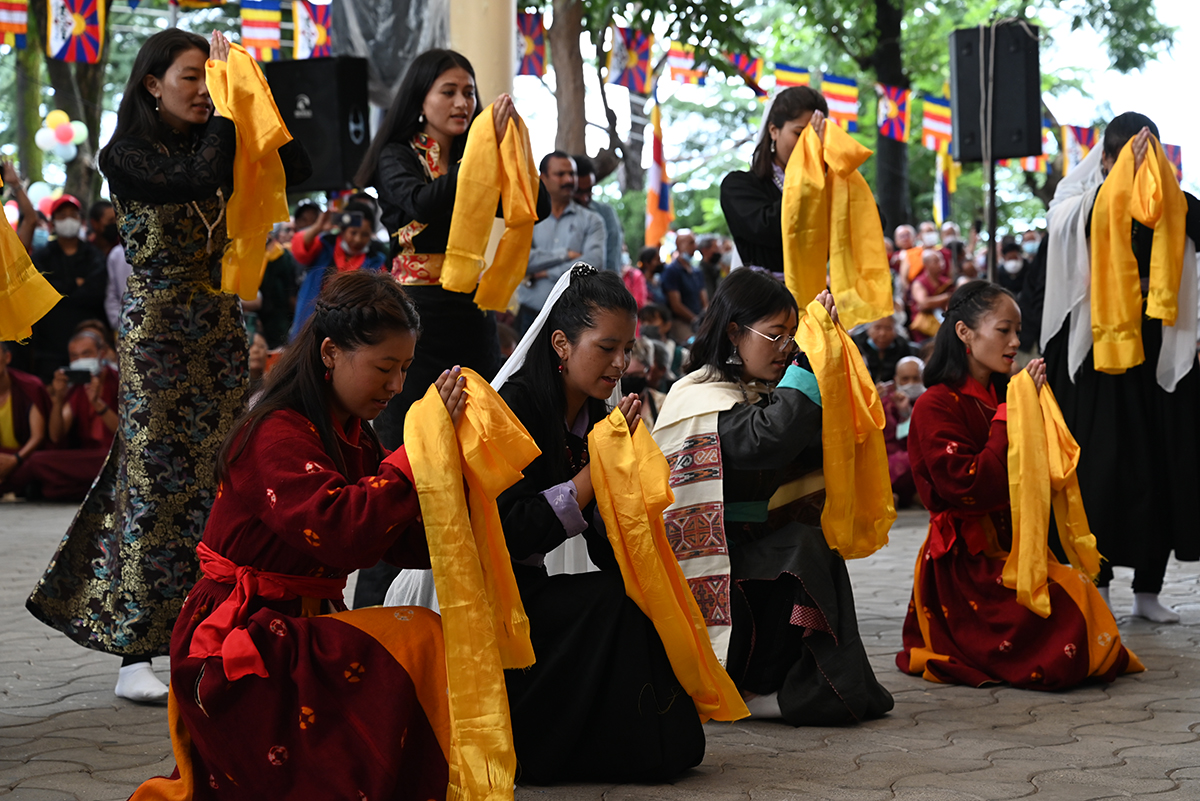 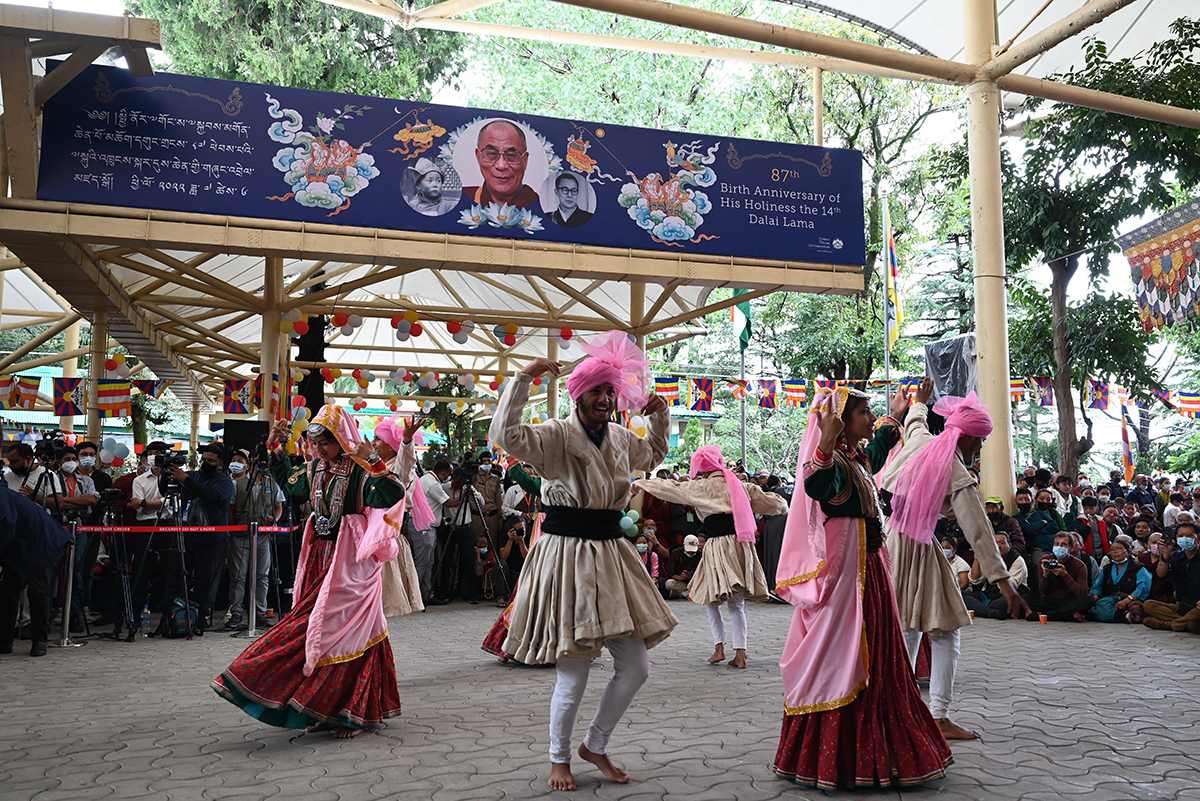