Dharamshala: In the early hours of Monday, 30 December 2019, the revered master of Ngagyur Nyingma tradition, Kyabje Garje Khamtrul Rinpoche Jamyang Dhondup passed into parinirvana. Besides his vast contributions to the flourishing of Buddha’s teachings and the benefit of the Buddhist community, Rinpoche had also been pivotal in the founding years of the Central Tibetan Administration and the rehabilitation of the Tibetan refugees in India.

The Central Tibetan Administration led by Sikyong Dr Lobsang Sangay expressed its profound condolences to all the followers of Rinpoche, the Lhundrup Chime Gatsaling Monastery-Rinpoche’s seat in Sidhpur and prayed for the enlightened activities and aspirations of Rinpoche to continue with his swift rebirth.

Members of the Kashag, Tibetan parliamentarians, Commissioners of the Tibetan Supreme Justice Commission and officials of the Central Tibetan Administration along with the staff of CTA observed a prayer service this afternoon.

Kashag Secretary Tsegyal Chukya Dranyi read out the biography of Rinpoche. All offices of CTA will remain closed after the service as a mark of respect.

Kyabje Garje Khamtrul Rinpoche Jamyang Dhondup (Tib. སྒ་རྗེ་ཁམས་སྤྲུལ་རིན་པོ་ཆེ་འཇམ་དབྱངས་དོན་གྲུབ་) is the incarnation of the third Khamtrul, Gyurme Trinle Namgyal and a revered Nyingma master. Khamtrul Rinpoche was born on 29 December 1928 in Lithang, Kham province in Tibet. At the age of 8, Rinpoche was recognised as the reincarnation of the third Khamtrul, Gyurme Trinle Namgyal. During the Chinese occupation of Tibet in 1959, Rinpoche came to exile in India along with tens of thousand Tibetan refugees.

In 1962 Rinpoche, at age of 34, was summoned to Dharamshala by His Holiness the Dalai Lama to assist in efforts to establish the Tibetan community in exile. In 1966 Rinpoche was appointed Under Secretary of the Department of Religion and Culture. During his tenure as Under Secretary, Khamtrul Rinpoche helped in efforts to resettle monks from the refugee camps bordering Bhutan to South India. With fellow staff, he helped build the institutions that would serve as centres for the preservation of Tibetan culture and identity in exile.

From 1971 to 76, Rinpoche served as the Chief of Staff of the Department of Religion and Culture. He was then deputed to the Kollegal in South India to assist in the resettlement efforts. In addition to his administrative responsibilities, Rinpoche also served as a doctor to tend to the hundreds of Tibetan refugees battling with various epidemic diseases and others induced by the change in climate. In 1980, Rinpoche was appointed as Secretary fo the Department of Religion and Culture, a post he held until his retirement at the age of 60 in 1987. During these years of his service, Rinpoche formed a close bond with His Holiness the Dalai Lama. Upon Rinpoche’s retirement, His Holiness asked Rinpoche to remain in Dharamshala as His Holiness’ consultant on Nyingma affairs. In this capacity, Rinpoche presided over countless ceremonies dedicated to the wellbeing of the Tibetan people and the Tibetan administration.

In 1991, Rinpoche founded the Lhundrup Chime Gatsaling Nyingmapa Monastery in Mcleod Ganj near His Holiness’ temple. In 2005, a second Chime Gatsaling was built-in Sidhpur. On 12 April 2009, His Holiness the Dalai Lama inaugurated the new monastery with hundreds of students and followers. Rinpoche has since given countless teachings and permissions to Buddhist devotees. He has contributed significantly to the social and spiritual wellbeing of the Tibetan people and Buddhist Sangha. 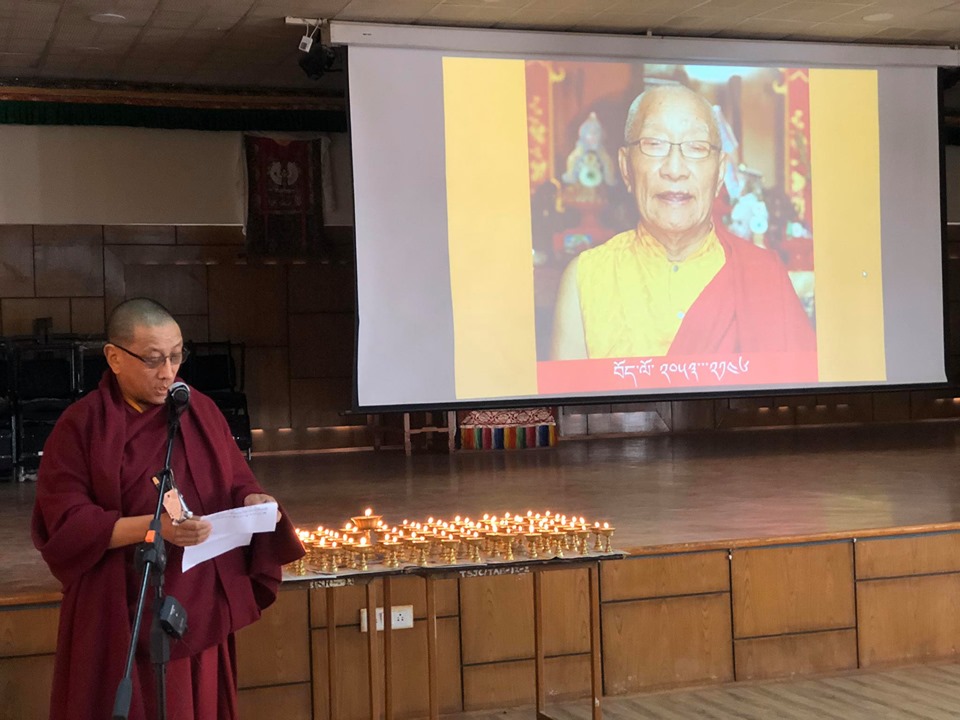 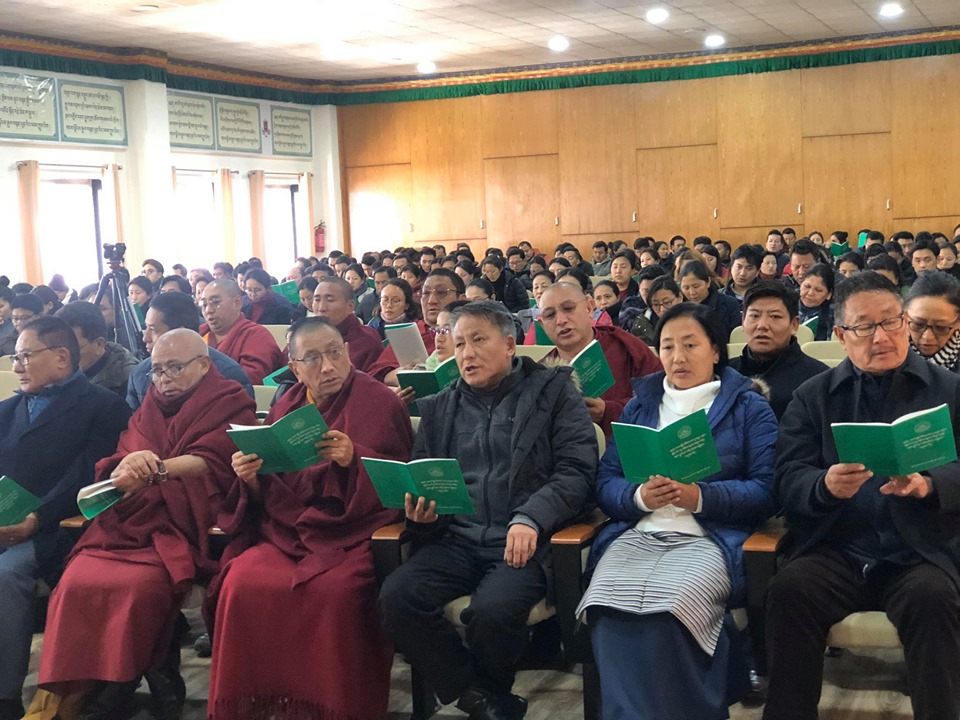 Members of the Kashag, Tibetan parliamentarians, Commissioners of the Tibetan Supreme Justice Commission and officials of the Central Tibetan Administration observe a prayer service to mourn the passing of Kyabje Garje Khamtrul Rinpoche.