Dharamshala: A 51-member student delegation and 2 Professors of the Maharaja Sayajirao University of Baroda visited Tibetan Parliament-in-Exile and met Deputy Speaker Acharya Yeshi Phuntsok on 23 December.  Their visit was coordinated by the Active Non-Violence  Education Center, a Tibetan NGO based at Dharamshala.

Deputy Speaker introduced the students and the professors about Tibetan Parliament-in-Exile, the proceedings of parliamentary sessions, its two sessions in a year, discussion on sustaining and outreaching Tibet’s issue on the international platform and on the protection of Tibet’s unique culture, religion and language in the session. He explained the differences of agendas discussed in the Indian Parliament, though the procedures are almost the same.

Further, he emphasized on Central Tibetan Administration stand on Middle Way Approach which is the most pragmatic approach towards solving the Sino-Tibet issue and one that will benefit both Chinese and Tibetan people.

He then reported the alarming rate of 154 self-immolations happened inside Tibet from 2009 onwards, with the sole purpose to protest the repressive regime of the Communist Party of China and call for the return of His Holiness the 14th Dalai Lama to Tibet. He said the Chinese government has turned Tibet into a war-zone, effecting even the neighbouring countries.

Besides, he imparted the group on the brief of 7th World Parliamentarians’ Convention on Tibet held in Riga, Latvia and the recently held 8th International Conference of Tibet Support Groups in Dharamshala. He advised the students to upgrade their education by exchanging opinions and suggestions and requested them to render services to the needy people in their respective communities. Later the group pleasingly thanked Deputy Speaker for his valuable talk. 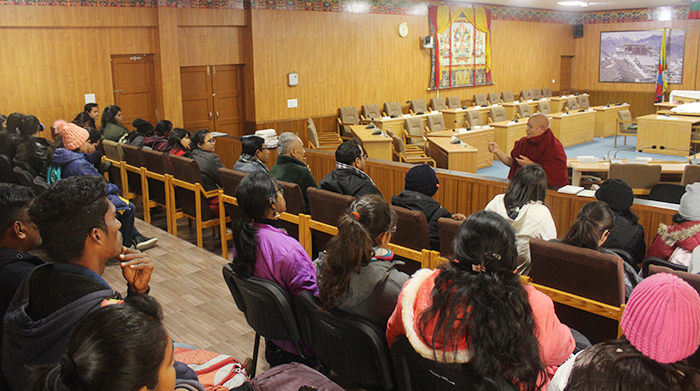 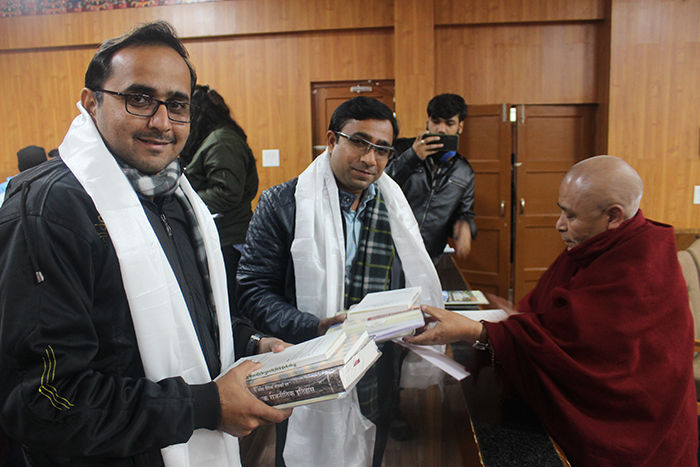