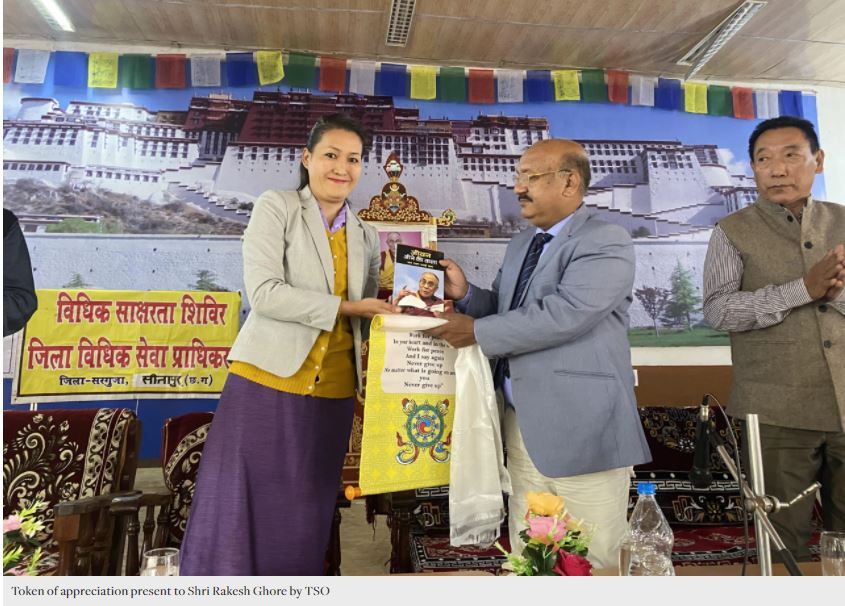 Mainpat: Rakesh Bihari Ghore, District and Sessions Judge in the High Court for Ambikapur, gave an awareness talk on the Indian legal system to residents of Phendeling Tibetan settlement in Mainpat, Chattisgarh on 18 December. During the talk, the judge was accompanied by Janardan Kheri, Secretary of District Legal Service Authority, Ambikapur; Om Prakash Jaiswal , Additional District Judge; Dular Singh, Civil Judge in Sitapur; S K Dubey (Tehsildar of Mainpat) and Shishir Khand Singh of Surguja (Town Inspector). The talk was attended by the Tibetan Settlement Officer Tenzin Dadon along with community leaders and members of the Tibetan settlement.

The welcome remarks at the talk were delivered by settlement officer Tenzin Dadon. In her address, she spoke about India’s longstanding support for the Tibetan people and expressed the Tibetan people’s gratitude to the Indian government and people. She also thanked S K Dubey and Shishir Khand Singh of Surguja Police for their constant support and assistance to the Tibetan people.

Judge Rakesh Bihari Ghore, in his address, described Tibetans as law-abiding and noted the Tibetan people’s voluntary services such as cleaning the picnic spots around Mainpat. He also spoke about the importance of resolving conflicts through dialogue and informing the relevant authorities if anyone sees anti-social activities taking place. He also spoke about the Motor Vehicles Act and urged Tibetans not to drive or ride motor vehicles and motorcycles without proper licences.

Following the talk, the visiting Indian dignitaries went to the Dhakpo Shedrupling monastery. 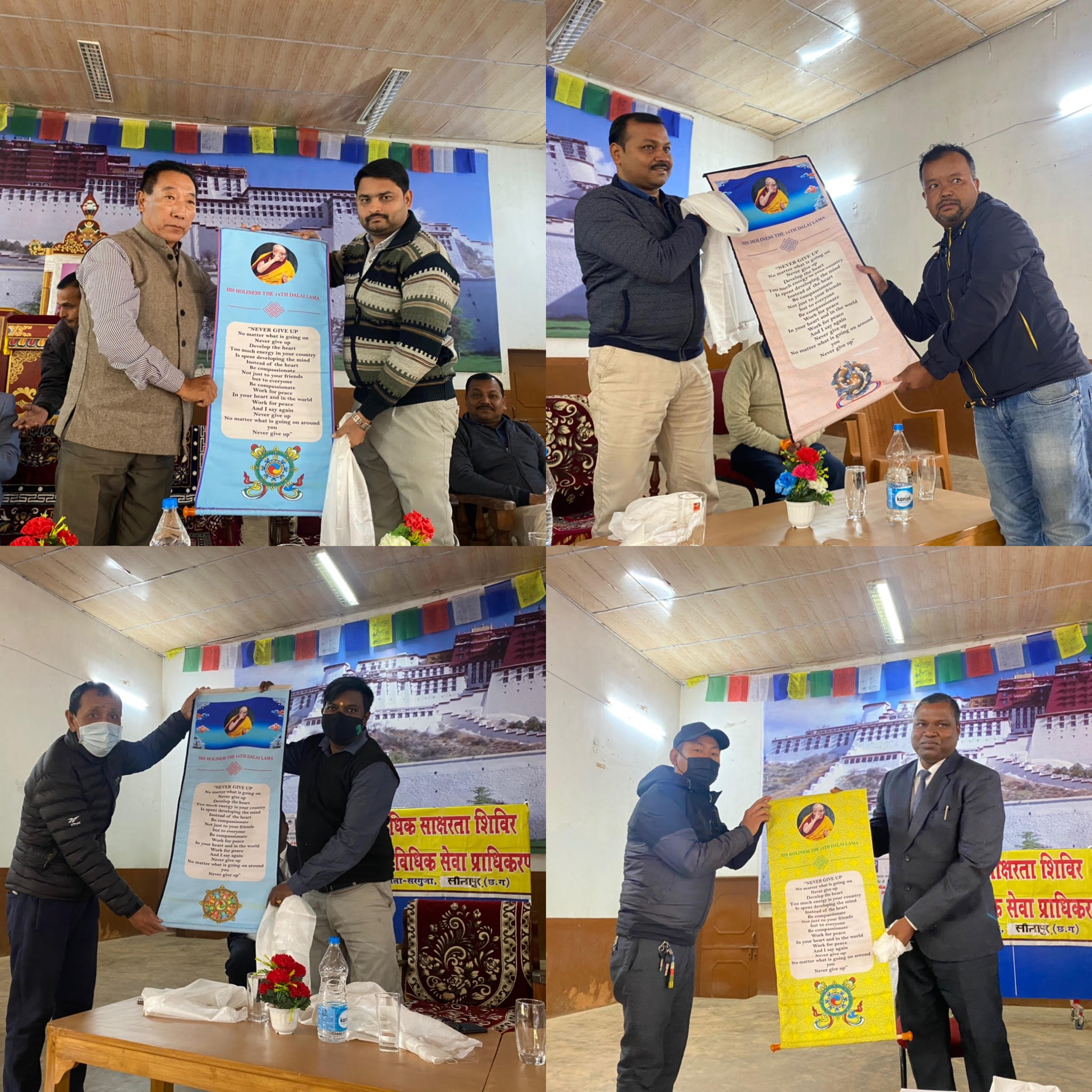 Token of appreciation presented to the visiting guests. 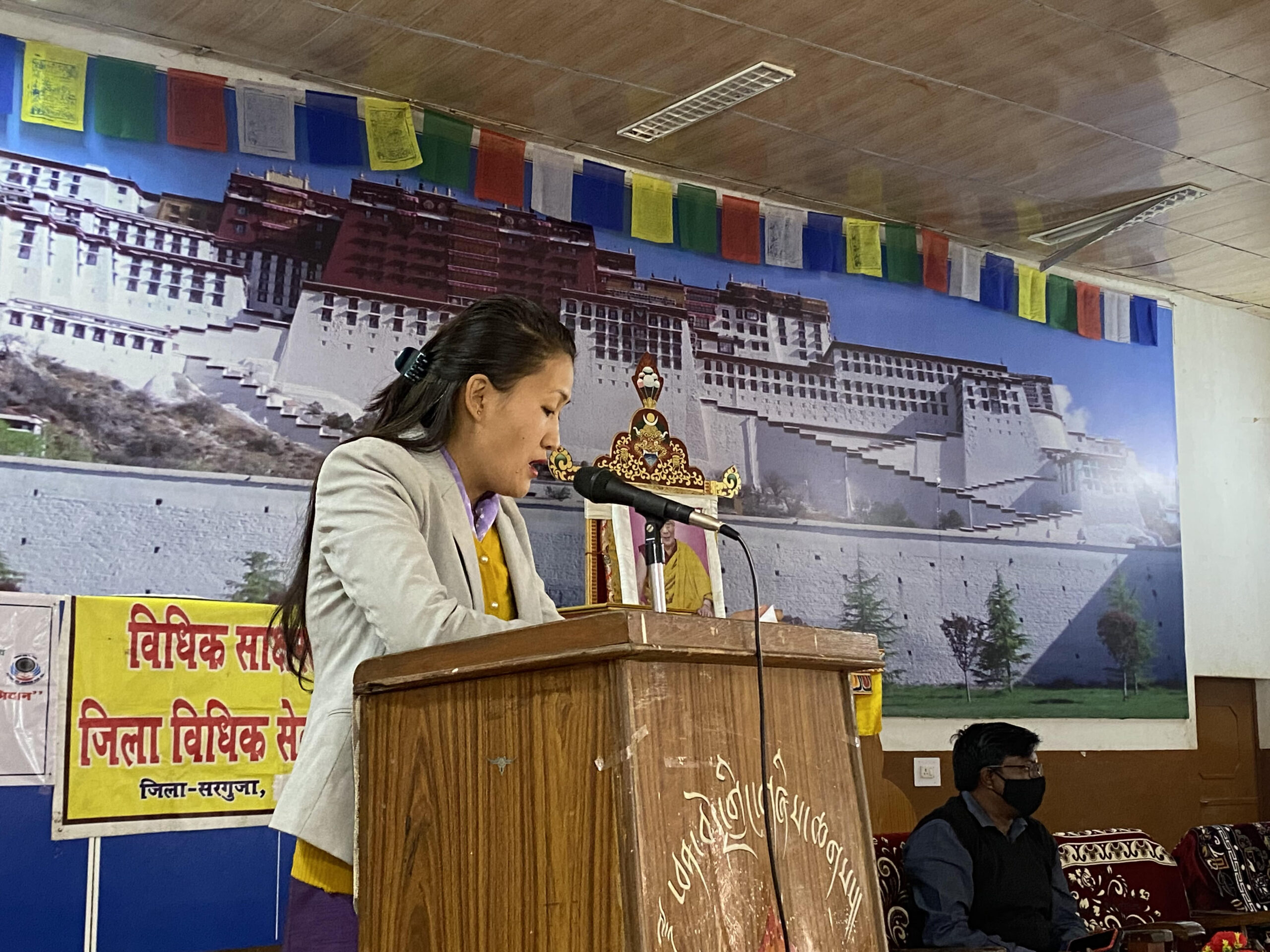 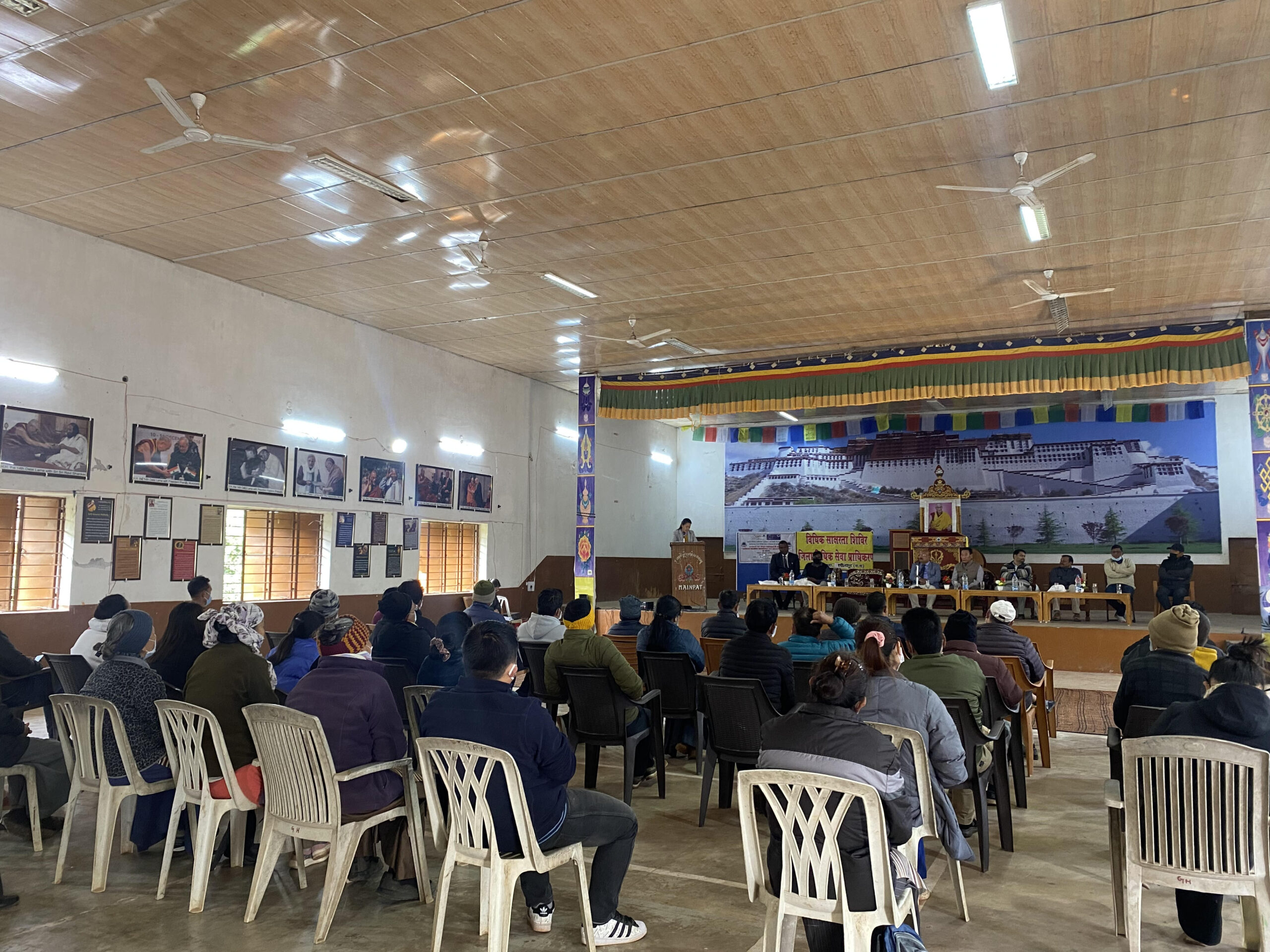 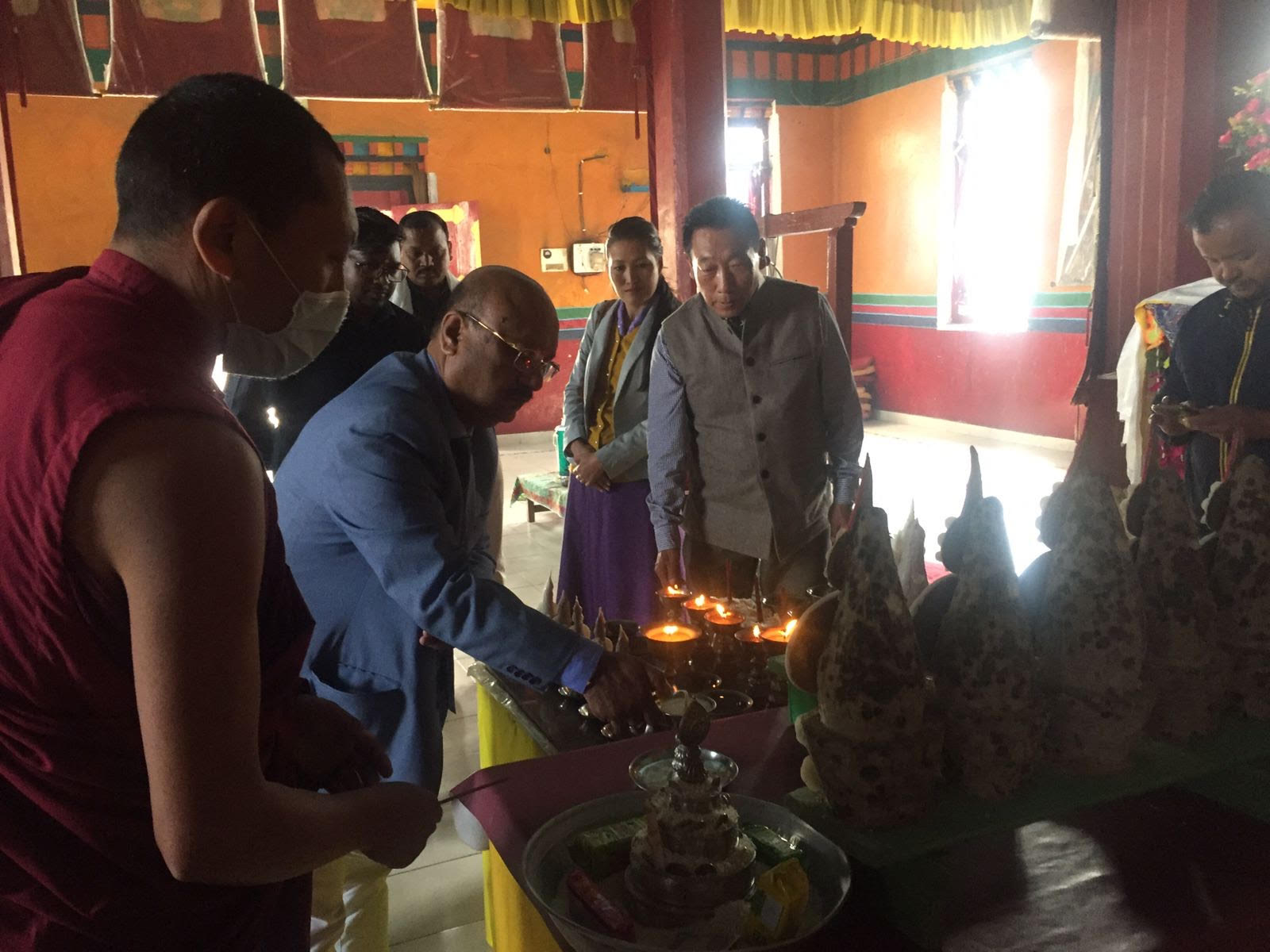 The visiting guests at the monastery.