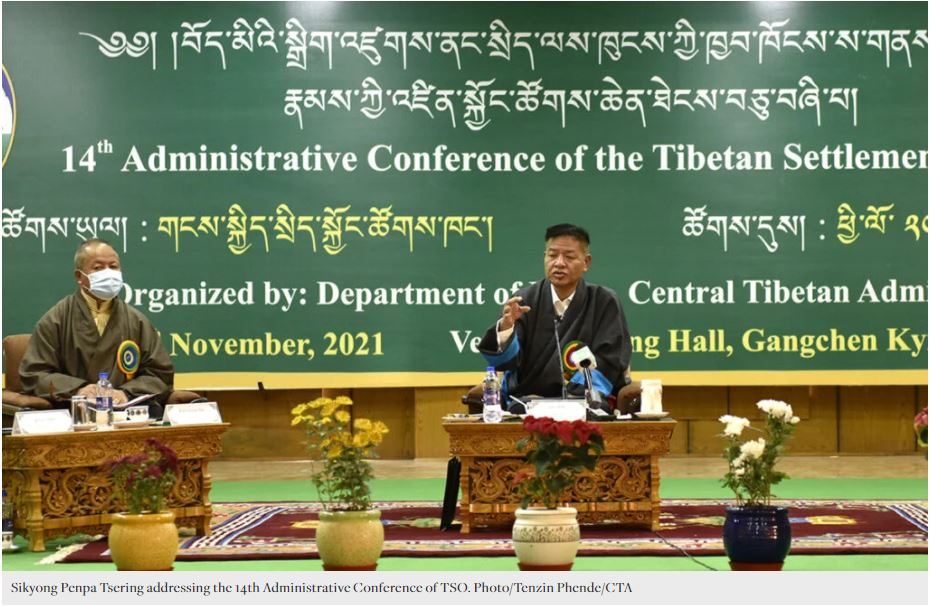 Dharamshala: The 14th Administrative Conference of the Tibetan Settlement Officers organised by the Department of Home commenced today here in Dharamshala.

Sikyong Penpa Tsering of CTA officiated the inaugural of the Conference as Chief Guest, accompanied by Secretary Tsegyal Chukya Dranyi of Cabinet, Secretary Tsewang Dolma Shosur of Home Department, and the Additional Secretaries of the Home Department. The inaugural ceremony was also attended by a total of 43 Settlement Officers who will participate in this three-day general meeting.

The attendees observed a minute mourning for Tibetan martyrs who had sacrificed themselves for the Tibet cause followed by the introductory remarks by Secretary Shosur. Secretary informed about the significance of Settlement Officer’s role in the Tibetan community and the Department’s conduction of the Conference annually. She also briefed about the programs of the three-day event in which about 12 agendas relating to the welfare of the Tibetans and new initiatives will be discussed. 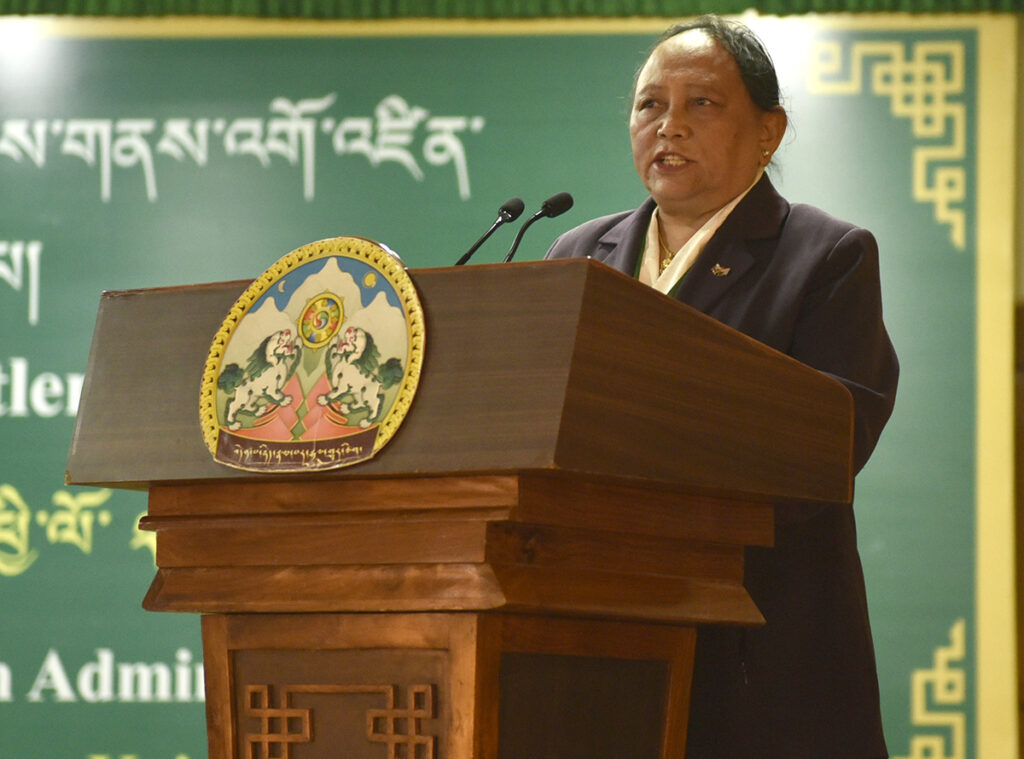 Secretary of Home Department introducing about the conference. Photo/Tenzin Phende/CTA

Sikyong Penpa Tsering in his key-note address stressed the collective issues over individual settlements issues. He suggested including a discussion of issues related to the Tibetan settlements in Bhutan and Nepal due to difficulties faced by the Home Department in reaching out to the two regions.

Proceeding towards the Agendas of the Conference, Sikyong emphasised facilitating basic necessities to the deficient Tibetans in settlements which he noted was the primary objective of the Home Department. Considering a large number of senior citizens without relatives, patients lacking sufficient health care, persons with disabilities of any kind, and mental illness, Sikyong highlighted such issues to be discussed during the conference. Meanwhile, he assured the present Kashag’s intend to survey the factual poverty population across Tibetan settlements in India, Bhutan and Nepal. 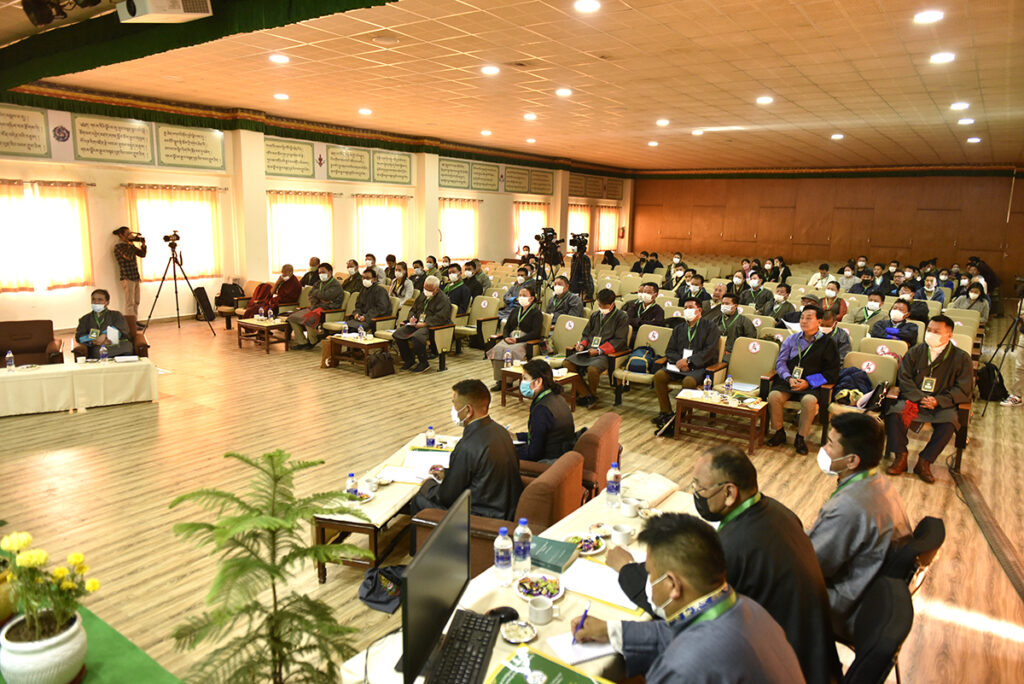 Speaking on the standard population census, Sikyong Penpa Tsering underlined the importance of the static data and records of the Tibetans in exile. He maintained that the lack of such standardised census records leads to confusion and inefficiency and hence, said his administration would emphasise collecting accurate statistics in order to carry out policies and projects effectively by the CTA. Sikyong also laid down the plans for deriving accurate census from inside Tibet and conducting population count in the Exile community in the near future. Continuing with the effects of improper census data, Sikyong also mentioned the lack of accurate statistics of Tibetan students which have caused hindrances in the administration transition of CST schools. Sikyong also pointed out the deficiency of inter-school administration’s relation in terms of supporting each other on the administrative level while highlighting the current staffing issues of Sambhota schools. 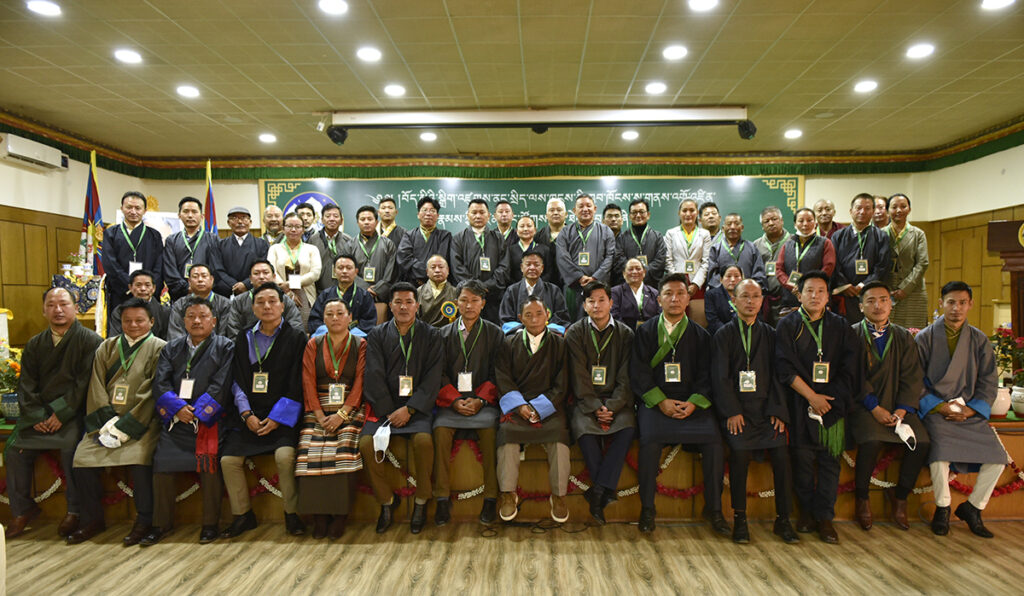 Group photo of the officers of the settlement with Sikyong. Photo/Tenzin Phende/CTA

Sikyong Penpa Tsering talked about the need of discussing problems faced by Tibetans in India because of the host countries land law and the ways to resolve such problems through any possible means. He also highlighted the sweater-selling occupation of Tibetans which contributes to a major source of income for exiled Tibetans and its uncertainties of existence in future. He also addressed the issue of lack of opportunities for Tibetan youths and asserted the idea of imparting manual skills for the sustenance of youths. Apart from the issues of the settlements, Sikyong Penpa Tsering also tabled the notion of e-governance of CTA stating the vital need of preserving the official documents from damages. 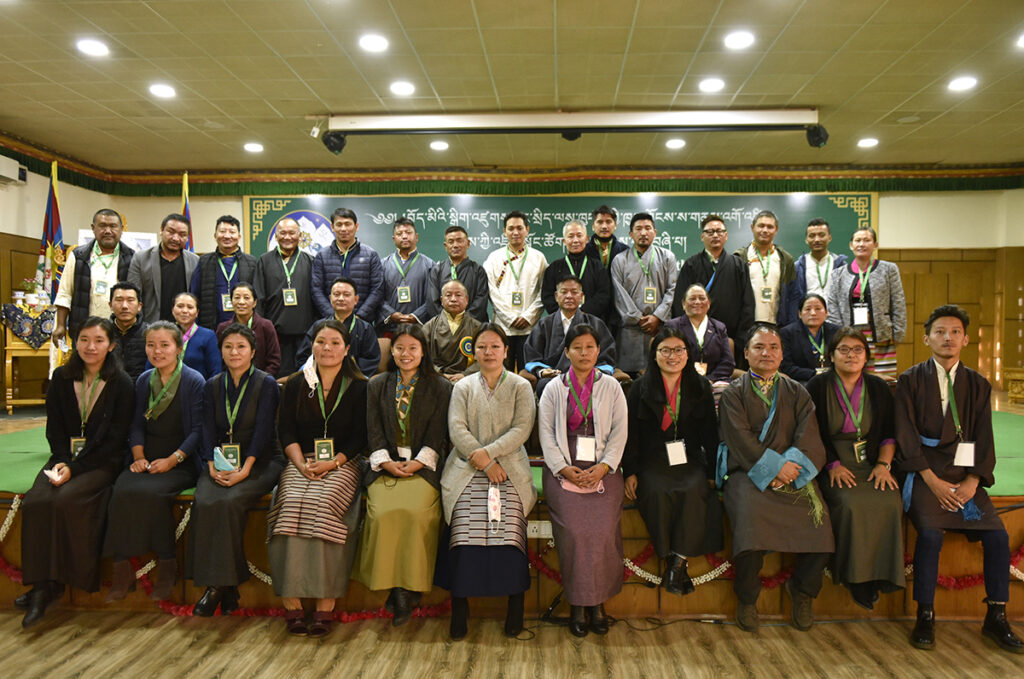