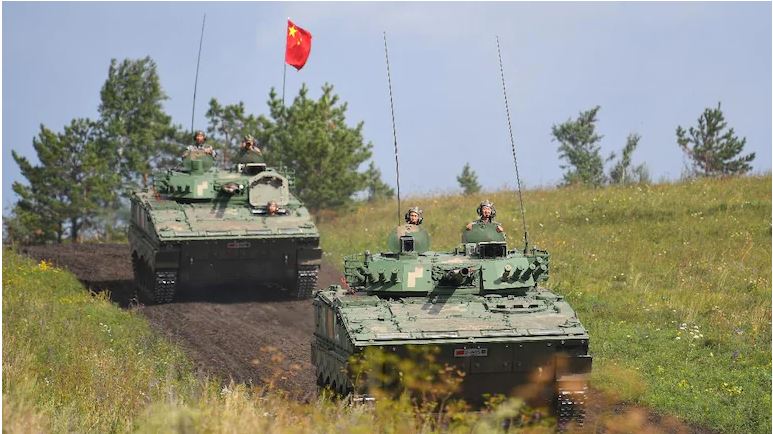 Villagers in Charang village in Kinnaur district of Himachal have observed development and road construction along Chinese border in Tibet in Khimkulla Pass areas of Tango and Yamrang, which are near Charang and Chhitkul areas on the Indian side.

The Chinese PLA was seen constructing a road near the borders of Himachal Pradesh’s Kinnaur district. There has been no dispute in this area so far.

Villagers in Charang village in Kinnaur district of Himachal have observed development and road construction along Chinese border in Tibet in Khimkulla Pass areas of Tango and Yamrang, which are near Charang and Chhitkul areas on the Indian side.

China could offer this new avenue to its troops along the international borders near Himachal Pradesh in event of a conflict with India. 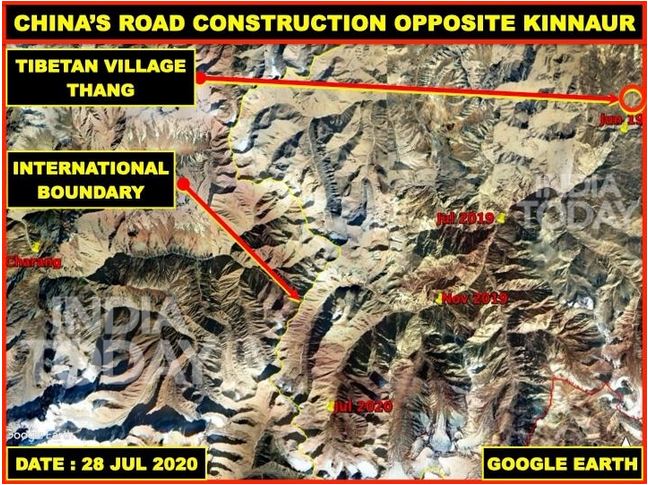 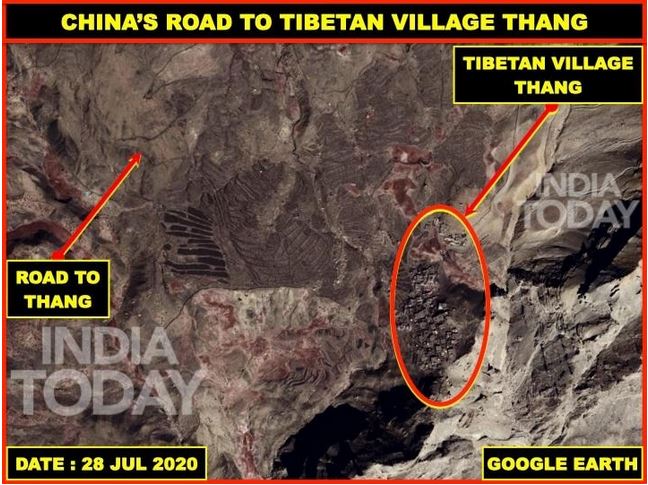 An analysis of the latest satellite images from July 15 show road construction work at the last Tibetan village in the region. The Tibetan village called Thang is located almost 30 km from the international borders.

There was neither any road ahead of this location until June last year, nor is there any PLA post anywhere ahead in the entire area.

The new construction was first noticed by foot patrols from the ITBP post in Charang Khas village to Yamrang Pass. 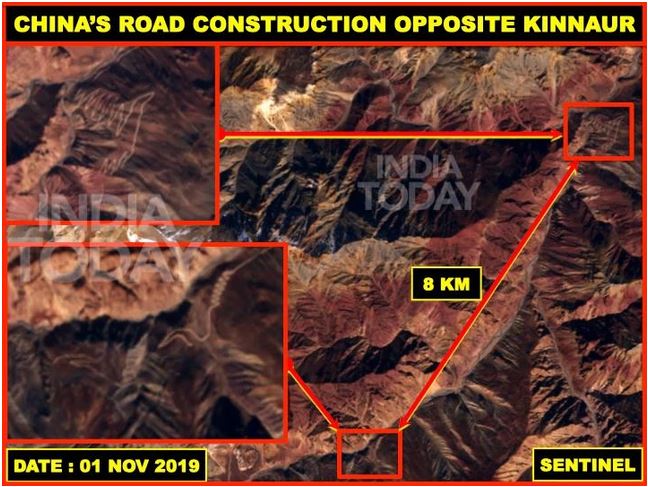 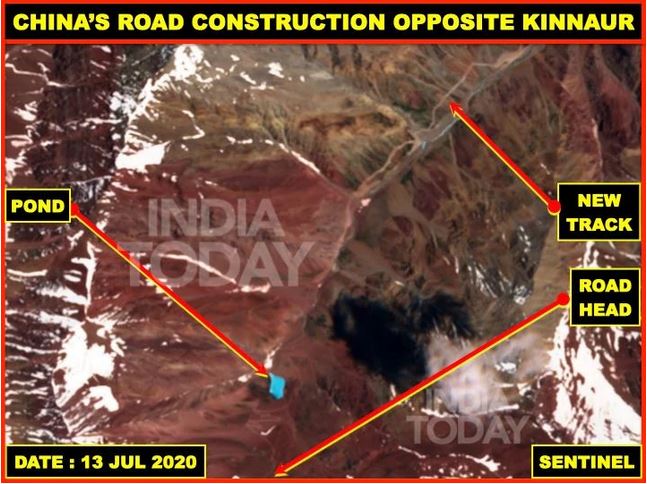 A Road to Nowhere

China’s People’s Liberation Army (PLA) started the road construction ahead of Dibang village in June 2019. It was built almost 20 km before the work gor stalled in the first week of November 2019 due to adverse weather.

The construction was further delayed probably because of the Covid-19 pandemic from February to May 2020. 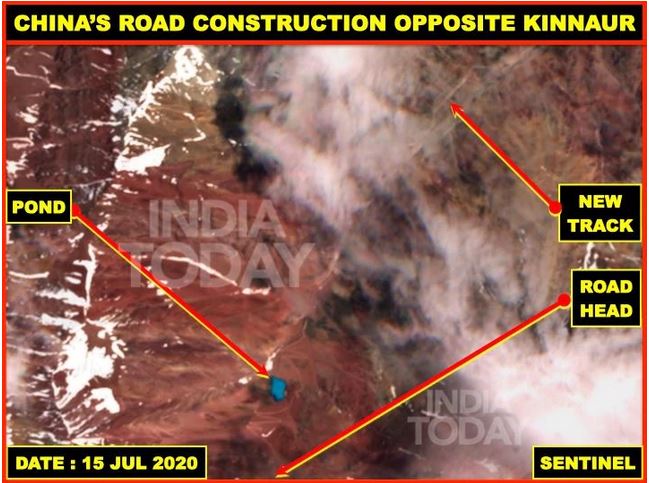 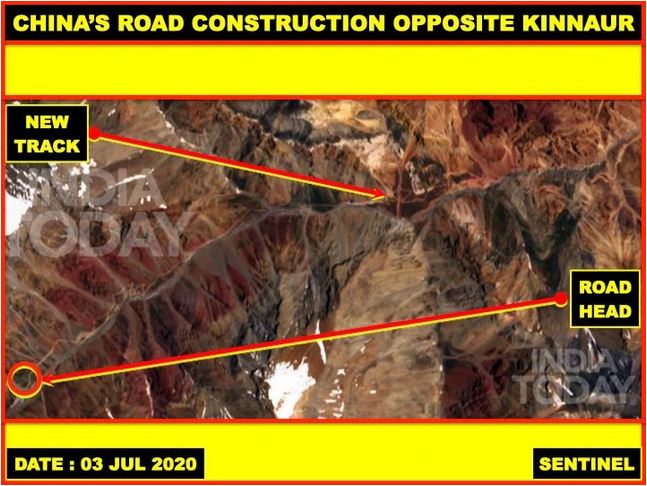 The work on this road resumed in June 2020. Satellite images, though low on resolution, provide a bird’s eye view of the ongoing construction over June and July 2020. The PLA seems to have built almost 9 km road within one month. As on July 15, the road reached 2 km short of Yamrang. 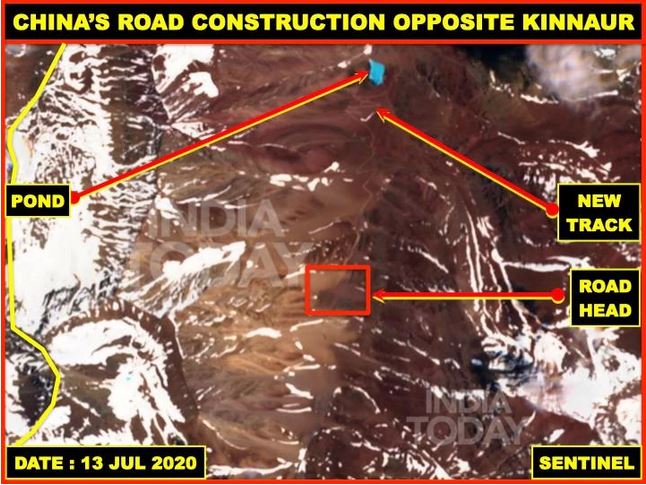 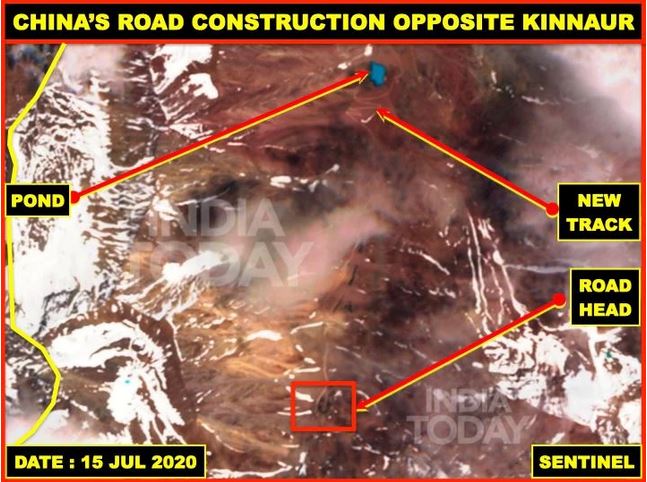 What has Happened at the Village

A group of villagers from Charang recently visited the border areas uphill on ponies. The nine-member village team with five porters reported brisk road-building activities happening across the international boundary.

Baldev Negi, who was part of the group, complained that the approach to the border from Charang Khas was poor. The Chinese, on the other hand, have built a road closer to the border at an incredibly high speed, he said.

According to Negi, their team noticed increased road-building activities on the Chinese side after sundown.

A village-council head of Kunnu Charang, Puran Singh, insisted that a patrolling party had noticed Chinese road-building activity across the border.

The villagers also complained that they have no communication facilities in their area.

Kinnaur police chief S.R. Rana insisted that the Indian territory along the border was absolutely safe and free from any trespass.

There’s no cause of worry, he said. Authorities, however, are aware of reports about road construction activities on the Chinese side, he said.

(With inputs from Bishesar Negi in Kinnaur)

(Col Vinayak Bhat (Retired) is a consultant for India Today. A satellite imagery analyst, he served in the Indian Army for over 33 years)