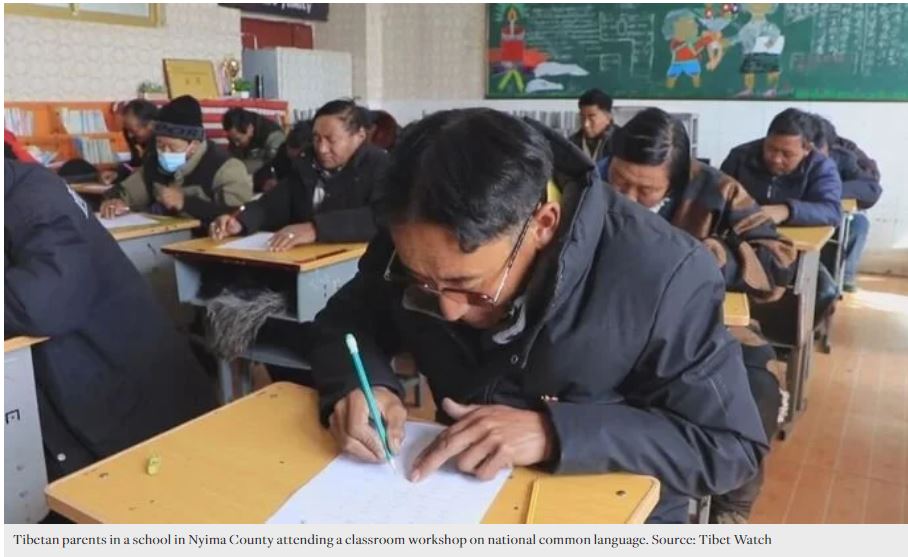 The new tactic demands strenuous efforts from the Tibetan parents, who are mostly nomads and farmers, in keeping up with the new classroom learning experience. More worrying is encouraging their children to speak in Chinese as part of their new responsibility to promote the Chinese language. It also required parents to keep up-to-date with the regulations and laws governing the language in their new role, the report said.

A report by the Tibet Watch confirmed that around 16 compulsory workshops for parents were held in a secondary school in Golog Tibetan Autonomous Prefecture from February to March this year. One of the workshops on 9 March, aims “not only to teach Chinese language but also reform [participants’] thoughts through Chinese education”, the report said citing a source. Parents were instructed to first learn and improve the “common” language very well, and then assist their children in language learning as part of their contribution to the ‘Chinese dream’.

In Nyima County in the so-called Tibet Autonomous Region, a similar meeting took place on 12 March, as reported by local authorities on the County’s official WeChat platform. The meeting conducted by county authorities was attended by local officials, party members, and local Tibetans to discuss “learning national common language workshop and test.” In addition to language learning, the attendees were also told about Xi Jinping’s thoughts and urged to disseminate information they had learned after they returned to their villages.

“Chinese is my mother tongue” propaganda

In keeping with the Chinese government’s announcement made last December to achieve the goal of having at least 85% of the overall Chinese population, including the “ethnic minorities”, adopting Chinese as their mother tongue by 2025, policies strictly aimed at debasing other languages is well underway in schools in Tibet as well as in Inner Mongolia. Posters with written phrases like “Chinese is my mother tongue” can be seen on the walls of the classrooms. Such propaganda aims to mislead the school children from a very young age into believing that Chinese is their mother tongue, another report has mentioned.

In the same report, an unnamed Tibetan source has stated that the new policy “demands the school teachers and matrons to become well-versed in the Chinese language. Moreover, finding employment now depends heavily on whether you can speak the language.” When asked about the current situation of the Tibetan schools, the source expressed anguish over China’s flawed education policies constantly targeting the Tibetan language. The source further mentioned that in schools, teachers, students, and staff are required to communicate with each other only in Chinese. Such policies in the long run will have a devastating effect on the existence of the Tibetan language by gradually forcing Tibetans to adapt to the new normal of speaking Chinese in their daily lives.

Schools in the Ngaba (Ch: Aba) Tibetan Autonomous Prefecture are gradually being made into educational settings to honor the Chinese Communist Party and the Chinese language and culture. In the name of “maintaining students’ welfare and security”, a large number of policemen, tasked with conducting “political education”, are deployed in schools and kindergartens, according to official reports. On the account of “building the correct behaviors”, these policemen keep a daily watch on the school campus and drive children to develop behaviours in keeping with the requirements of the Chinese government. 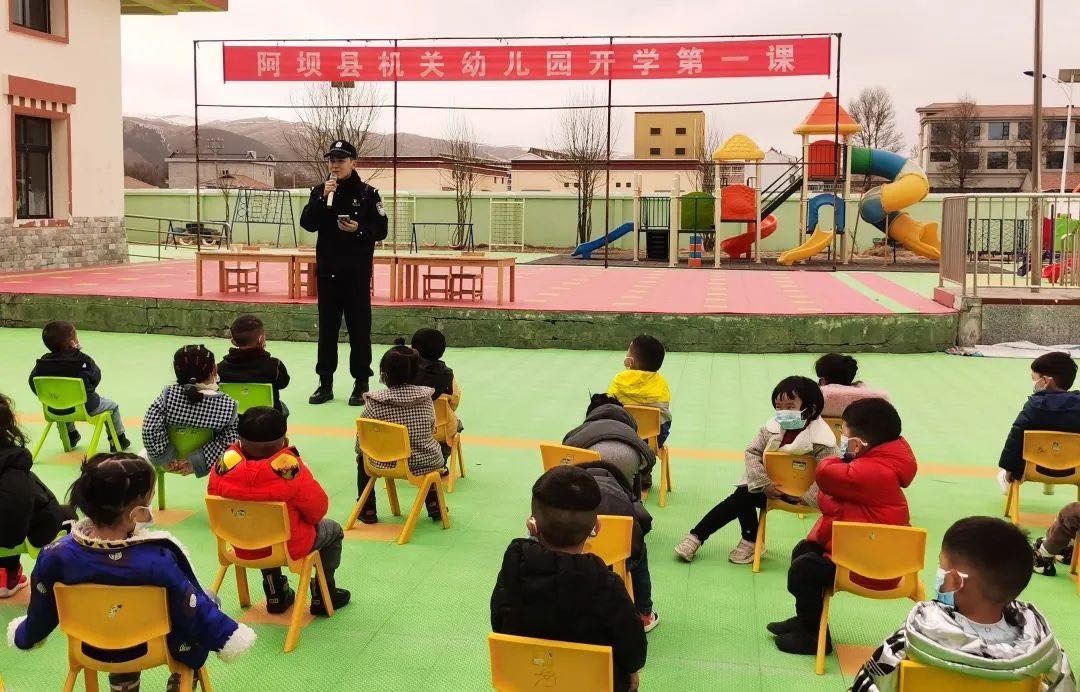