India’s policies or actions should not be dictated by what others will think or say, particularly how China will react to a particular decision. This tendency has lasted too long with no tangible gain for the country.

The virus which originated in Wuhan, China and the unexpected attack by the People’s Liberation Army (PLA) on Indian frontiers in Ladakh have forced India to re-look at her relations with China. After ambitious generals in Chengdu’s Western Theater Command sold the idea to Xi Jinping to advance the Line of Actual Control (LAC) in Ladakh, the bonhomie between India and China has become past history; in the process, Xi Jinping has destroyed the trust built during the Wuhan Consensus in 2018 and the Chennai Connect in 2019.

Borrowing the words of Beijing’s tacticians, some in India have suggested using “ten thousand methods” to tackle the Middle Kingdom.

Among the different “methods”, many speak of a “Tibet Card”.

Though the word “card” may not be adequate, one can certainly speak of the Tibet Factor in India-China relations.

Since the beginning of the 20th century, the Tibetan nation had all the attributes of a sovereign state (a government, a language, a script, a flag, a [weak] army, coins, stamps, etc); for centuries, the Land of Snow had unhindered relations with India, first and foremost, in the cultural and spiritual domains (Tibetan Buddhism originates from Nalanda, let us not forget), but also economically with countless “silk” roads across the Himalayas; in other words, there was a deep kinship.

All this came to a sudden end when Mao Zedong decided to “liberate” Tibet.

The Great Helmsman was not interested in the civilization aspect, but purely in Tibet’s strategic assets; by invading Tibet, China gained not only a huge landmass but access to the “water tower of Asia”, large mineral resources and a strategic position dominating the subcontinent. The welfare of the Tibetan masses was not the Communists’ concern.

In 1950, by weakness or idealism, the Indian government abandoned Tibet to its own fate…for the sake of world peace.

In a recently-published quadrilogy covering the period between 1947 and 1962, I described this momentous era: India became independent; China did its own revolution, resulting in the arrival of a new regime, more brutal in its approach, especially towards the periphery of the Middle Kingdom. While most of the African and Asian nations were decolonized, Tibet, a de facto independent nation, came under the yoke of Communist China.

An unprepared and peaceful Land of Snows became part of the Chinese “Motherland”. The events that we are today witnessing in Ladakh have their origin in a series of blunders committed in the 1950s and 1960s.

In India, the tumultuous year of 1950 saw the emergence of two factions: one led by Prime Minister Jawaharlal Nehru and K.M. Panikkar, his ambassador in Beijing, both obsessed with an imaginary friendship with New China and fixated on the “larger implications for World Peace” for any decision concerning Tibet; the other, which immediately saw the strategic implications for India’s frontiers if Delhi let Tibet down, was led by Sardar Patel, the Deputy Prime Minister, with Sir Girija Shankar Bajpai, the Secretary General of the Ministry of External Affairs and Commonwealth Relations as his main adviser, but also comprised President Rajendra Prasad, C. Rajagopalachari, K.M. Munshi and others. They were fed with reports “from the ground” by Harishwar Dayal, the brilliant Political Officer in Sikkim and Sumul Sinha, the Head of the Indian Mission in Lhasa, two sincere and far-sighted civil servants. At that time, India had a full-fledged Mission in Tibet as well as three Trade Agencies in Gyantse, Yatung, and Gartok.

The dichotomy between the officers on the ground and the “visionaries” in Delhi continued till October 1962, when China’s massive invasion in NEFA and in Ladakh brought the idealists back on earth.

One can trace the first blunder to December 1949 when India kept quiet after Beijing unilaterally closed down the Indian Consulate in Kashgar, Sinkiang (today Xinjiang).

By taking over Xinjiang, Mao controlled the western borders of the Middle Kingdom, he could access trade with Central Asia and block any possibility of Soviet southward advance; for the first time, he also came in contact with the Indian frontiers, particularly the Aksai Chin area, the object of today’s conflict; a few years later, Beijing built a road across Indian territory linking up Xinjiang with Tibet.

On 7 November 1950, a well-drafted appeal to the UN was sent from Kalimpong (as there were no postal facilities in Lhasa), pointing to the fact that “the Tibetans were racially, culturally and geographically far apart from the Chinese”. It also made a parallel with the situation in the Korean peninsula: “The attention of the world was then riveted on Korea where aggression was being resisted by an international force.” Similar happenings in Tibet were taking place with the world covering its eyes.

Delhi decided to bury the issue in the UN by telling the General Assembly that it would sort out the issue and find a peaceful solution. Interestingly, some years ago, a Canadian scholar, Claudia Johnston studied the issue; the outcome of her research was that the Tibetan Appeal was still a pending matter in the UN…waiting to be reopened.

Another very-little knew, but consequential blunder was that Delhi accepted to downgrade its full-fledged Mission in Lhasa to a Consulate General in 1952. It was secretly done without the knowledge of the Indian Parliament. This action, initiated by K.M. Panikkar, practically brought down Tibet to the level of a province of China; Delhi thought it would please Zhou Enlai, the Chinese Premier; of course, India did not get anything in return.

Two years later, Delhi took the initiative to call a conference to discuss the trade and pilgrimage between Tibet and India.

One of the most immoral parts of what became the Panchsheel Agreement was that Delhi ignored the existence of the Tibetan Government; Delhi only dealt with the new masters of the Roof of the World, without informing the Dalai Lama’s administration. Strange for a government so vociferous about the decolonization of Africa or Asia, while Tibet enjoyed what the Indian Prime Minister himself described as an autonomy “verging on Independence”.

The “Agreement on Trade and Intercourse between the Tibet region of China and India” was signed on 29 April 1954 in Beijing. The talks would take four months to arrive at a settlement…forgetting the border in the process.

The “Panchsheel” Agreement resulted in the unhindered advance of the Communist ideology and the PLA on the Tibetan plateau.

At the time, many senior Indian politicians and diplomats, educated in “modern” ideas, thought the “old Lama hierarchy” should be swept away and Tibet become a “modern” country; they believed that the Chinese invasion was a chance to make a clean sweep of the old superstitions, beliefs or rituals. What folly!

It is easier to commit a blunder than to repair its consequences, however, in view of the present situation on the borders, it is necessary to take the first step and rethink what could be a new approach, not only towards Tibet and the Tibetan refugees but also the entire Himalayan belt.

It would indeed be more advantageous to have a policy for the entire Himalayas, including Tibet, which has shared countless cultural, spiritual, strategic, and economic similarities. The first step could be the creation of an Office of Northern Frontiers and Tibetan Affairs under the Prime Minister’s Office.

For the purpose, Delhi should start a dialogue with the Tibetans (for example with the present Dalai Lama’s representative in Delhi, who has great knowledge in security issues) and the Himalayan states.

First, India should look after her own interests and the security of the people living on the borders; it seems obvious, but it has not always been the case.

Another principle is that India’s policies or actions should not be dictated by what others will think or say, particularly how China will react to a particular decision. This tendency has lasted too long with no tangible gain for the country; for example, the 2018 notice circulated to all ministries/departments ordering that no Indian officials should meet the Dalai Lama had serious counter-productive effects.

It is unfortunate but it is a fact that India faces a country which still believes that power comes from the barrel of a gun; without emulating China, India needs to quietly and forcefully look after her own interests and be straightforward about it; a closer kinship between Delhi and Dharamsala is in the country’s interests.

Whatever over-all policy is adopted by the Government at a later stage, one element is critical: coordination. In view of the individualistic tendencies of the Indian bureaucracy, this is crucial in order to achieve the targeted aim of the policy between the different shareholders (Ministries of External Affairs, Defence; Home Affairs, Education, Culture, intelligence agencies, etc).

Without proper coordination, it will be just one more futile new policy.

The creation of such a department would be the first step to strengthen the border areas, and use the goodwill of the Tibetans towards India; the rest will follow. But undoing the knots of the past will take time. 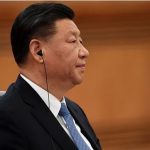