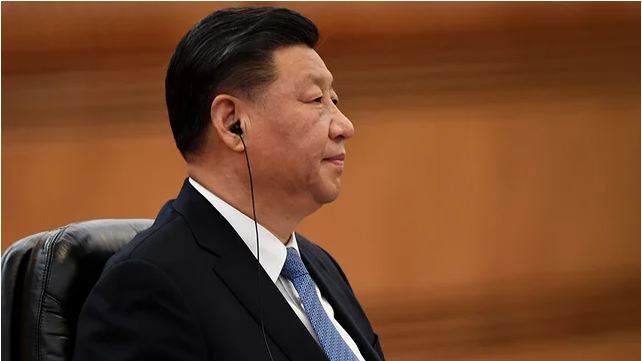 China’s expansionist drive, from the East and South China seas to the Himalayas and the southern Pacific, is making the Indo-Pacific region more volatile and unstable. Along with the spread of the Wuhan-originating coronavirus, this has also given rise to growing anti-China sentiment.

China’s border aggression against India since April dovetails with a broader strategy of territorial aggrandizement that it has pursued in the period since its disastrous 1979 invasion of Vietnam. That strategy, centered on winning without fighting, has driven its bullet-less aggressions, from seizing Johnson Reef in 1988 and Mischief Reef in 1995, to occupying the Scarborough Shoal in 2012. And since launching major land reclamation in 2013, China has changed the South China Sea’s geopolitical map without firing a shot.

However, China’s aggression in the northern Indian region of Ladakh – a high-altitude territory where the People’s Liberation Army (PLA) has occupied several vantage points – differs from its previous territorial grabs since the 1980s in one key aspect. China went beyond its usual practice of occupying vacant border spaces by snatching territories from right under another country’s nose.

China’s territorial expansion in the South China Sea, for example, has centered on capturing disputed but unoccupied shoals and reefs and then using construction activities to turn them into militarized artificial islands.

In 2017, the PLA similarly captured the unoccupied and desolate Himalayan plateau of Doklam, which one of the world’s smallest countries, Bhutan, claims as its territory. The occupation came soon after China ended a more than 10-week-long troop standoff on the plateau with India, Bhutan’s de facto security guarantor.

China’s aggression has also extended to persistent nibbling at its neighbors’ border territories. Bite by bite, China has been eating away at its neighbors’ borderlands. In Nepal, ruled by a pro-Beijing communist government, a recently leaked internal report warned that the country was losing border territories to China’s construction projects, which it said were also changing the course of rivers.

In the East China Sea, China has stepped up incursions into the Japanese-administered Senkaku Islands’ territorial waters and airspace, with the aim of weakening Japan’s control and strengthening its own sovereignty claims. By bringing Japan’s security increasingly under pressure, China is indicating that the U.S. alliance system is not an answer to its muscular revisionism.

But even by the PLA’s longstanding practice of “salami slicing,” its recent aggression against India signals that China’s territorial expansionism has entered a dangerous new phase. In an operation backed by tens of thousands of troops in the rear, the PLA brazenly seized border areas that were under another country’s military control or patrolling jurisdiction.

Deception and surprise are integral to the Chinese strategy even in peacetime. The aggression in Indian Ladakh came just six months after Chinese President Xi Jinping declared on Indian soil that “China-India relations have entered a new phase of sound and stable development,” thus allowing both sides to “focus on friendship and cooperation.”

Xi caught India off-guard by striking when that country was wrestling with the outbreak of the coronavirus by enforcing the world’s strictest lockdown. China intruded into areas located even beyond its own artificially drawn claim lines that it has published in the past.

This helps to highlight China’s increasing territorial predation under Xi. Beijing has repeatedly shown that it can make a new territorial claim or disturb the status quo anywhere at any time.

For example, Beijing has asserted a new claim since July to Bhutan’s eastern region, which shares a border only with India. Through the new claim, China has sought to simultaneously advance its designs against India and Bhutan, which popularized the concept of “Gross National Happiness” as a measure of development.

Recently, Chinese state media suddenly discovered that Tajikistan’s Pamir Mountains historically “belong to China.” Earlier in May, the state-run media claimed that Mount Everest, the world’s tallest peak on the Nepal-Tibet border that symbolizes Nepalese sovereignty, was wholly in China.

Last month, a Chinese government ship conducted marine research activity in the exclusive economic zone of Okinotori Island, Japan’s southernmost point. When Tokyo protested, Beijing asserted that “Japan’s unilateral claim [to an EEZ] has no legal basis” as Okinotori was not an island but just rocks.

The Chinese Communist Party’s old practice is to stealthily occupy another nation’s territory and then claim the area was part of China since ancient times. Having recently caught India napping by encroaching, among others, on the Tibet-bordering Galwan Valley in Ladakh, China now claims that the entire valley’s sovereignty “has always belonged to China.”

China, however, became India’s neighbor only in 1951 after the CCP under Mao Zedong gobbled up the traditional buffer Tibet. The fall of Tibet increased China’s landmass by more than one-third. It also gave China common borders with India, Nepal, Bhutan and northernmost Myanmar.

Xi has sought to take off from where Mao left. Simply put, Xi is working on Mao’s unfinished agenda of territorial expansionism.

This explains the multiple fronts Xi has opened in the pursuit of his “Chinese dream” of making China the world’s foremost power by the 2049 centenary of communist rule. The fronts he has opened extend from Hong Kong and Taiwan to the South and East China seas and the Himalayas.

As long as Xi perceives the strategic benefits as outweighing the international costs, he will persist with his campaign of expansionism. But he is already sowing the seeds of an international backlash. Such a pushback will likely constrict China’s choices, making his “Chinese dream” more difficult to realize.

Brahma Chellaney is professor of strategic studies at the New Delhi-based Center for Policy Research, an independent think tank, and the author of nine books, including the award-winning “Water: Asia’s New Battleground” (Georgetown University Press). 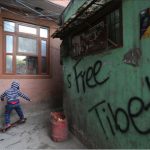 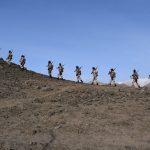 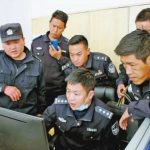 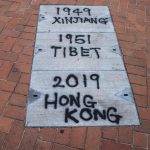 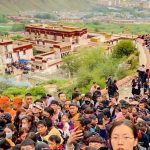 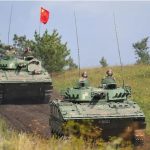 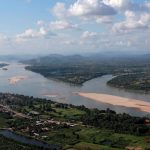 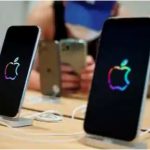 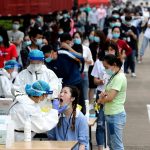 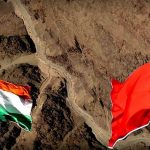