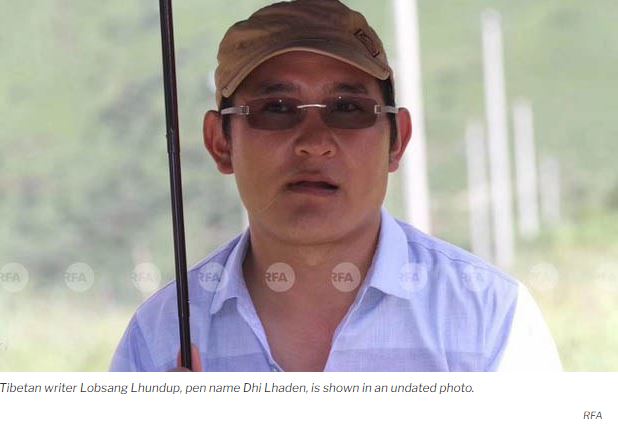 A Tibetan writer arrested on unspecified charges two years ago has still not been brought to trial, and family members are being kept in the dark about his fate, Tibetan sources say.

Lobsang Lhundup, who goes by the pen name Dhi Lhaden, was taken into custody in June 2019 while working at a private cultural education center in Chengdu, the capital of western China’s Sichuan province, a source living in Tibet told RFA.

“It appears that someone told the owner of the cultural center about the teaching materials he was using, and so he was arrested,” RFA’s source said, speaking on condition of anonymity for reasons of personal safety.