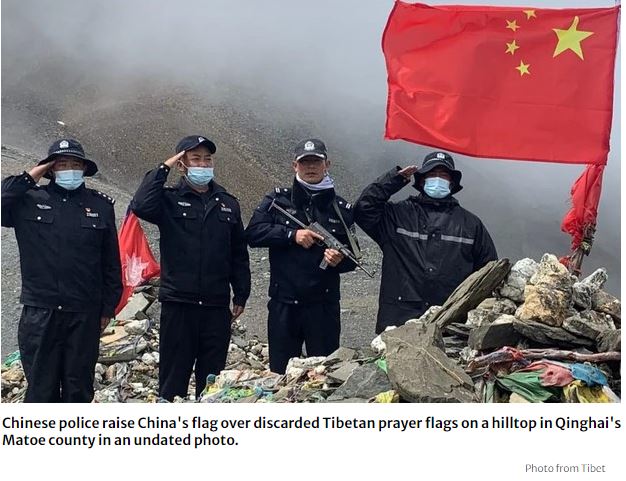 Authorities in China’s Qinghai province are forcing Tibetan nomads to replace the prayer flags they set up near their camps with China’s national emblem in what critics see as an example of the government’s effort to wipe away Tibetan cultural and religious practices.

The campaign was launched at the beginning of the year in Matoe (in Chinese, Maduo) county in Qinghai’s Golog (Guoluo) Tibetan Autonomous Prefecture, a Tibetan living in exile told RFA, citing contacts in the region.