Tibetan political prisoner unable to walk after torture in prison 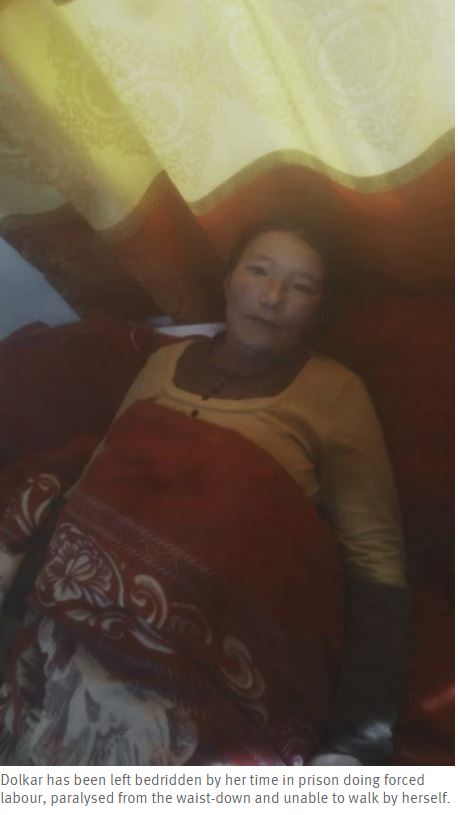 Dolkar was sentenced to prison and subjected to forced labour for telling the truth of her nephew’s arrest.

Dolkar, a former Tibetan political prisoner from Sershul County in Kardze, eastern Tibet,, is bedridden after being tortured in prison for over a year and not given timely medical treatment.

Despite her release on 15 August 2020, injuries sustained from police beatings, torture and forced labour has left her paralysed and unable to walk again. As her health deteriorates, her nephew, Wangchen, remains in prison, serving a four-and-a-half-year prison sentence while her two children are cared for by her relatives.

According to a local source, “she was tortured in prison, forced to lift stones and do other hard labour, and her body is all bruised. She was not given timely medical attention and treatment, and that is why her limbs are paralysed and immobilised. Even after undergoing medication and visiting several doctors for a year, her health did not improve. Instead, she is bedridden and unable to walk and stand on her feet.” Click here to read more.