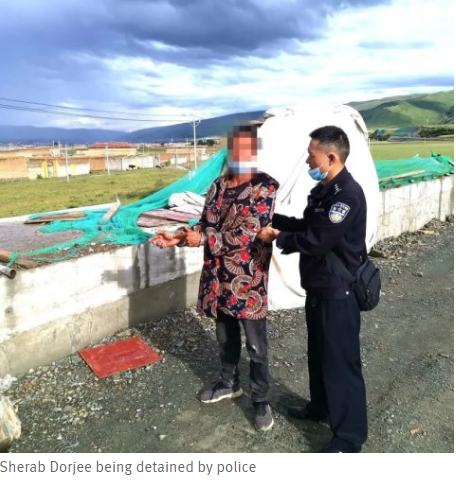 On a school summer holiday on 16 August 2021, a 19-year old Tibetan boy was arrested and taken into custody by Chinese police in Trotsik Township (Tib:སྤྲོ་ཚིག་ཡུལ་ཚོ་) on allegations of rebelling against the Chinese government. Trotsik Township is located in Ngaba (Ch:Aba) County, Ngaba Tibetan and Qiang Autonomous Prefecture, Sichuan Province, which Tibetans recognise as the eastern Tibetan province of Amdo.

However, Sherab Dorjee had only refused to join the propaganda organised in Trotsik Township by Ngaba County police authorities called “Meeting on praising the Communist Party of China and education on the security agenda”. He had also submitted a petition to the education authorities appealing for his school to be allowed to teach in Tibetan.

According to a source, on 14 August, several Chinese police arrived in Trotsik Township and held a propaganda meeting for Tibetan youngsters and later arrested Sherab Dorjee along with a few other students. Tibet Watch learnt that they were all released except Dorjee.