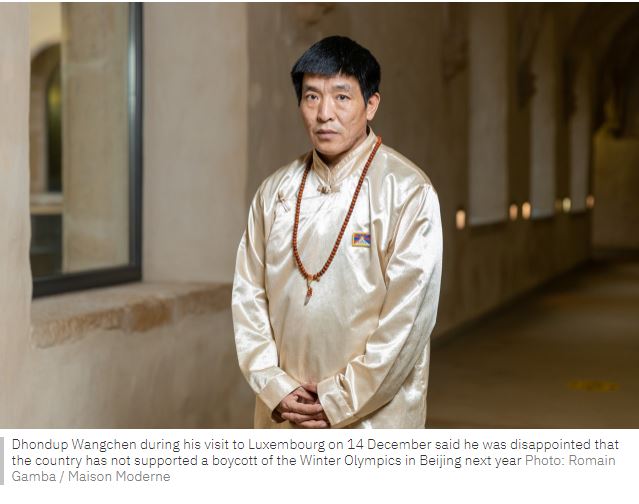 Dhondup Wangchen spent six years in a Chinese prison for producing a film about Tibet in the run-up to the 2008 Olympics. He is now on a whistle-stop tour across Europe to call for a boycott of the upcoming Winter Games in Beijing.

Wangchen remembers the day he was arrested. “They handcuffed me, put a hood on my head and took me to a secret place.” For months, his family knew nothing of his whereabouts. “During these six months, I was beaten, tortured. There were times they used electric shocks on my body,” he says, pointing at this neck.

He was tied to a so-called Tiger Chair, a brutal form of punishment used to restrain the body. “For eight days and seven nights, I wasn’t allowed to sleep,” Wangchen says. He was deprived of food.

The activist is in Luxembourg this week as part of a tour, calling for the International Olympic Committee (IOC) to cancel the Games in China or at least for countries to boycott them. Click here to read more.