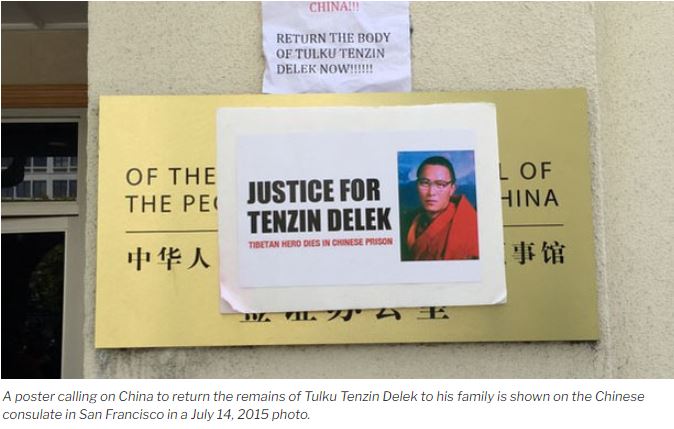 Six years after the death in a Chinese prison of a popular Tibetan religious teacher, fair treatment under the law is still being denied to Tibetans living under Beijing’s rule, experts say.

Tulku Tenzin Delek, 65, died under mysterious circumstances on July 12, 2015, while serving a life sentence following what rights groups and supporters called a wrongful conviction on a charge of bombing a public square in Sichuan’s provincial capital Chengdu in April 2002.

Widely respected among Tibetans for his efforts to protect Tibetan culture and the environment, he was initially sentenced to death, but the sentence was later commuted to life imprisonment.

An assistant, Lobsang Dondrub, was executed almost immediately, prompting an outcry from rights activists who questioned the fairness of the trial.

It is clear that Tulku Tenzin Delek’s death in Chinese custody was due to ill-treatment by the authorities, said Dharamsala, India-based researcher Tenzin Dawa of the Tibetan Centre for Human Rights and Democracy, speaking to RFA in an interview.