Over 30 Tibetans detained in crackdown in Dza Wonpo, Eastern Tibet Dharamshala: Chinese authorities have detained over 30 Tibetan monks and laypersons for a fortnight in Dza Wonpo town, Kham Sershul (Ch: Shiqu) county in Karze (Ch: Ganzi) Prefecture. In the crackdown following the November protests of last year wherein local Tibetans called for Tibet’s independence, human rights and the return of His Holiness the Dalai Lama, and the subsequent arrests of eight Tibetans (one was released after 11 days), a massive convoy of the army arrived in Dza Wonpo town. The armed security forces swarmed the streets, patrolling and keeping high surveillance of all activities of the local Tibetans since.

These more than 30 Tibetans from Dza Wonpo were detained under harsh conditions from around 21 November to 12 December 2019 for two weeks, according to our source in exile with contacts in the region. “They were given only Tsampa (roasted barley flour) to eat during this whole detention period and nothing else,” added our source. Those detained were local Tibetan monks and laypeople identified by the authorities as “suspicious”, have accessed the internet, have contacts with Tibetans outside Tibet, have displayed pictures of His Holiness the Dalai Lama at homes, or are linked to small, general or nonpolitical issues.

Homes and cellphones of Dza Wonpo residents, as well as Tibetans from other towns, were searched. Tibetans were also summoned to the police station for interrogations while some Tibetans were also forced to sign a document – details of which are not known at the time.  As for the monks, including those at the Dza Wonpo monastery, Chinese authorities required them to undergo “political re-education sessions” for ideological changes every day for more than two weeks.

The authorities warned the Tibetans in the area against participating in any political activities in the future. Additionally, Chinese troops in full riot gear would exercise military drills loudly in the streets to intimidate the public in the Dzachuka area, Sershul county.

Seven Tibetans continue to be incarcerated by Chinese authorities since November 2019: Nyimey, Kunsal, Tamey, Soetra, Tsultrim, Choegyal, and Yonten. It was last known that they were held in Sershul county. However, it remains unknown whether their family members were allowed to see them while in custody, as well their current wellbeing.

Details of the protests, arrests, and situation in Dza Wonpo in our reports in November can be viewed here and here. 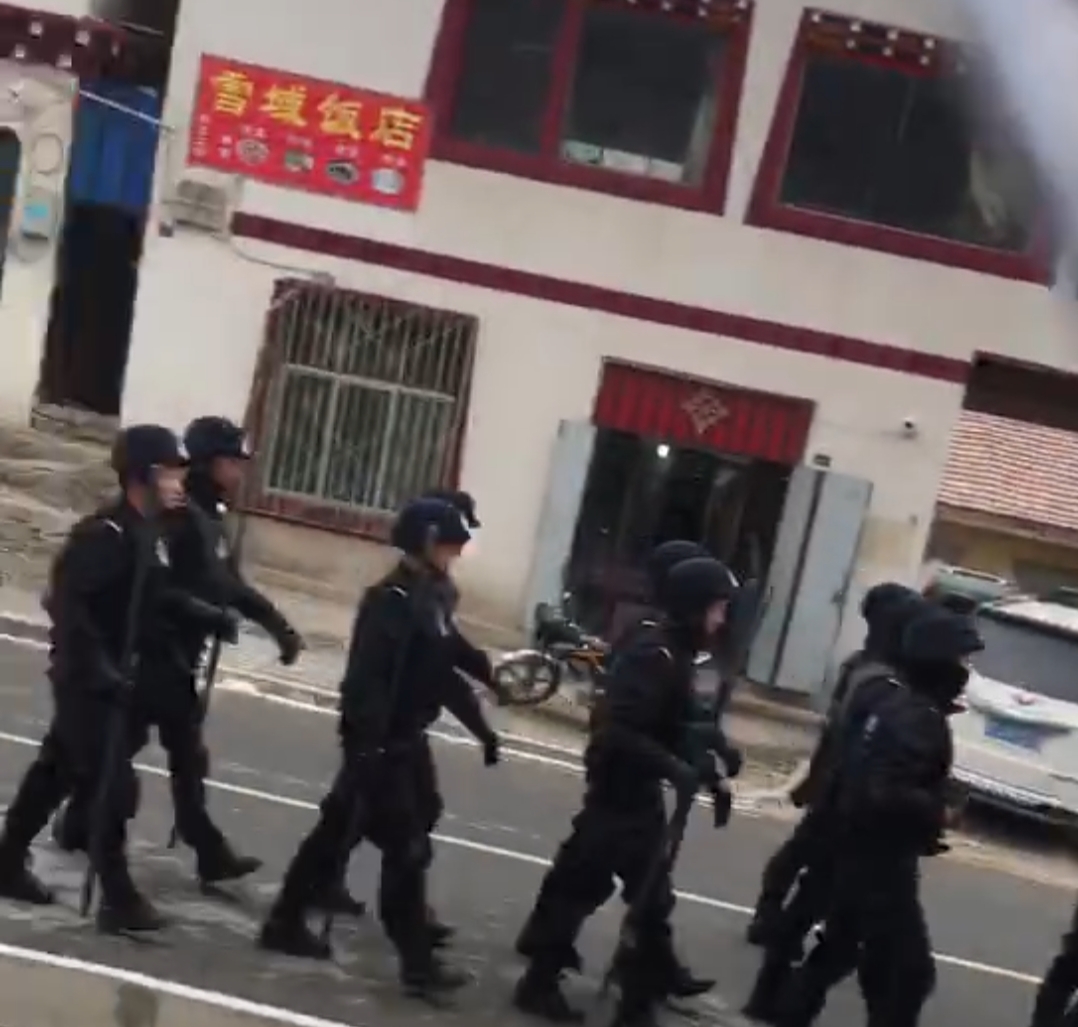