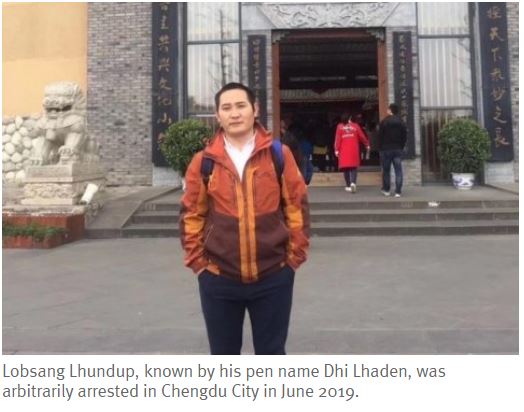 Tibetan writer, Lobsang Lhundup, known by his pen name Dhi Lhaden, has been sentenced to four years in prison on the charge of “disrupting social order”. Such charges are commonly employed by the Chinese Communist Party to silence dissent, instil fear, and preserve a culture of censorship amongst Tibetan scholars.

Arrested in June 2019 in Chengdu City, the sentencing came after two years of incommunicado detention. Tibet Watch sources report that the writer’s trial was held in secret, without the presence of his friends or family members. Those close to Lhundup suspect that his arrest was linked to his involvement in teaching Tibetan history at a private cultural education centre in Chengdu. Load more