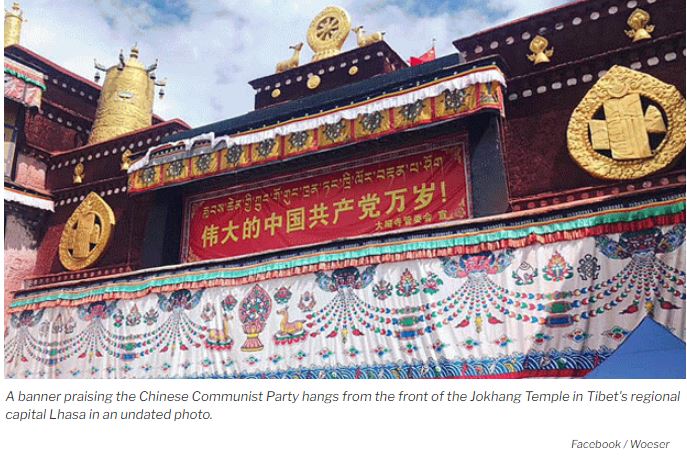 Among these were that China had “liberated and reformed” Tibet and set the region on the path of economic progress during the last 70 years, and that Tibet’s traditional Buddhist religion should be made to adapt to socialist society and be “developed in a Chinese context.”

Also emphasized in the July 16 discussions were the “patriotic re-education” of the Tibetan people and the need to further undermine the influence in Tibet of the Dalai Lama, now living in India after fleeing Tibet into exile in 1959 following a failed national uprising against Chinese rule.