Chinese Police Stop Tibetan Travelers, Pushing One Into River and Shooting Another 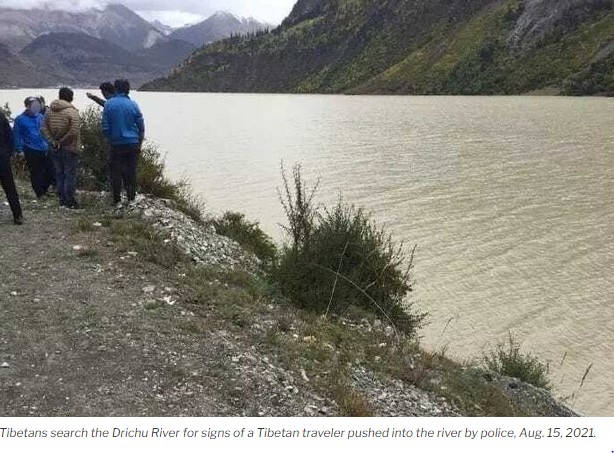 Police in western China’s Qinghai province stopped a group of Tibetans traveling on the road in a random search on Sunday, pushing one who objected to the search into a river where he later died, and shooting another who attempted to intervene, Tibetan sources said.

Rigdrak, 50, and Sherab Gyatso, 26, were returning to Domda village in the Yushu Tibetan Autonomous Prefecture with a group of other motorists when they were stopped on the road by Chinese police dressed in plain clothes, a Tibetan living in the area told RFA on Monday.

“Neither of them was aware that the officers carrying out the inspection were actually police, so Rigdrak confronted one of the officers, demanding to know which department he belonged to and why they were being stopped and searched” the source said, speaking on condition of anonymity.

“Enraged, the officer pushed Rigdrak off the road and into the Drichu River,” the source said, using the Tibetan name for the Yangtse River, which originates in the highlands of Tibet.