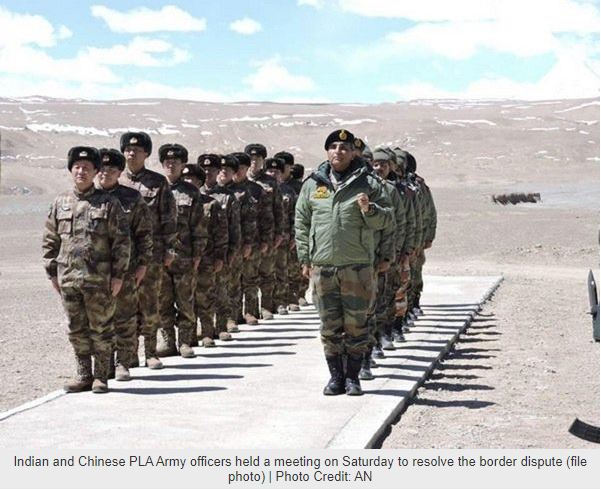 The exercise, which concluded in a few hours, demonstrated China’s capability to quickly deploy troops and step-up border defenses within a short span of time.

Beijing: A day after talks with India to resolve the ongoing border dispute along the Line of Actual Control (LAC) in Eastern Ladakh, the Chinese Army carried out massive manoeuvres ‘featuring thousands of paratroopers’ in that country’s north-western region.

According to Chinese state media, the exercise, which witnessed participation from thousands of paratroopers, armoured vehicles, and even civilians was completed within a few hours. However, the exercise demonstrated Beijing’s capability to quickly reinforce People’s Liberation Army’s (PLA) troops to step-up border defenses.

The mobilisation comes just a day after Chinese and Indian Army officials held a six-hour-long meeting at the LAC to resolve ongoing tensions between the two countries.

On Saturday, China’s Xinjiang Military District chief and India’s 14 Corps commander held a meeting at Moldo, on the Chinese side of the LAC in a bid to de-escalate the tensions along the LAC. The Ministry of External Affairs (MEA) said that the talks were conducted in a ‘cordial and positive atmosphere’. The MEA statement further underlined that “peace and tranquility in the India-China border regions is essential for the overall development of bilateral relations”.

“Both sides also noted that this year marked the 70th anniversary of the establishment of diplomatic relations between the two countries and agreed that an early resolution would contribute to the further development of the relationship,” the MEA statement said.

In what is being compared to the over two-month standoff in Doklam in 2017, the Indian and Chinese troops are engaged in a border standoff along the LAC in Eastern Ladakh since the early days of May. The face-off began after Chinese and Indian troops engaged in a hand-to-hand confrontation at two locations – Eastern Ladakh and North Sikkim. In the days that followed, both sides increased the presence of troops and as of last week, PLA and Indian Army had an equal number of troops deployed in the area.

While the Indian government has maintained that the Army is abiding by the guidelines that govern the Line of Actual Control, the de-facto boundary between India and China, the international community, including the US government, expressed concern over the tensions between the two sides. While US President Donald Trump offered to mediate, Washington condemned the Chinese aggression, calling it ‘authoritarian behaviour’.

Pranav Kulkarni for the Times Now.