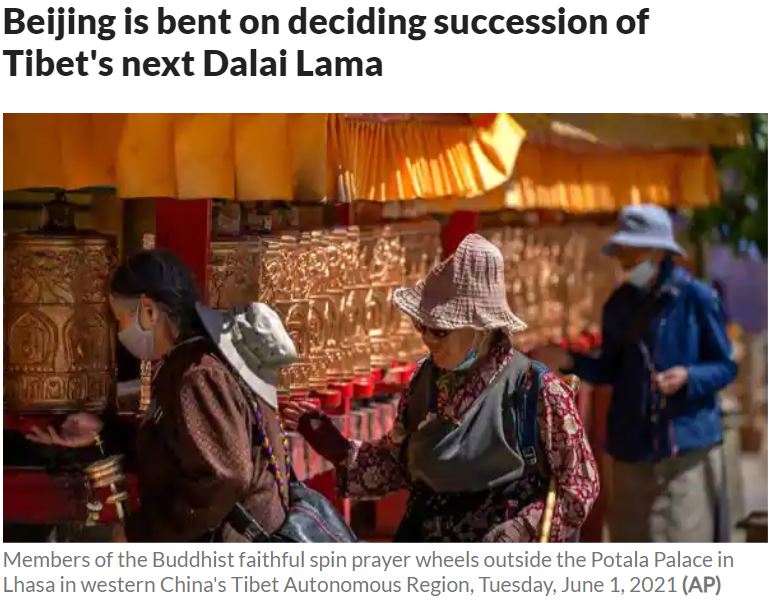 Beijing is bent on deciding the succession of Tibet’s next Dalai Lama as the present spiritual leader of Tibet Tenzin Gyatso is turning 86 on July 6 and with his advancing age, the question of who will succeed him has become more pressing.

Brooke Schedneck, writing in Asia Times said that Tibet’s Buddhists said that they will find the next reincarnation of Tenzin Gyatso but Beijing is bent on deciding the succession.

Dalai Lama is an important figure bringing Buddhist teachings to the international community. The successor to the Dalai Lama is traditionally identified by senior monastic disciples, based on spiritual signs and visions.

In 2011, however, the Chinese Foreign Ministry declared that only the government in Beijing can appoint the next Dalai Lama, and no recognition should be given to any other candidate, reported Asia Times.