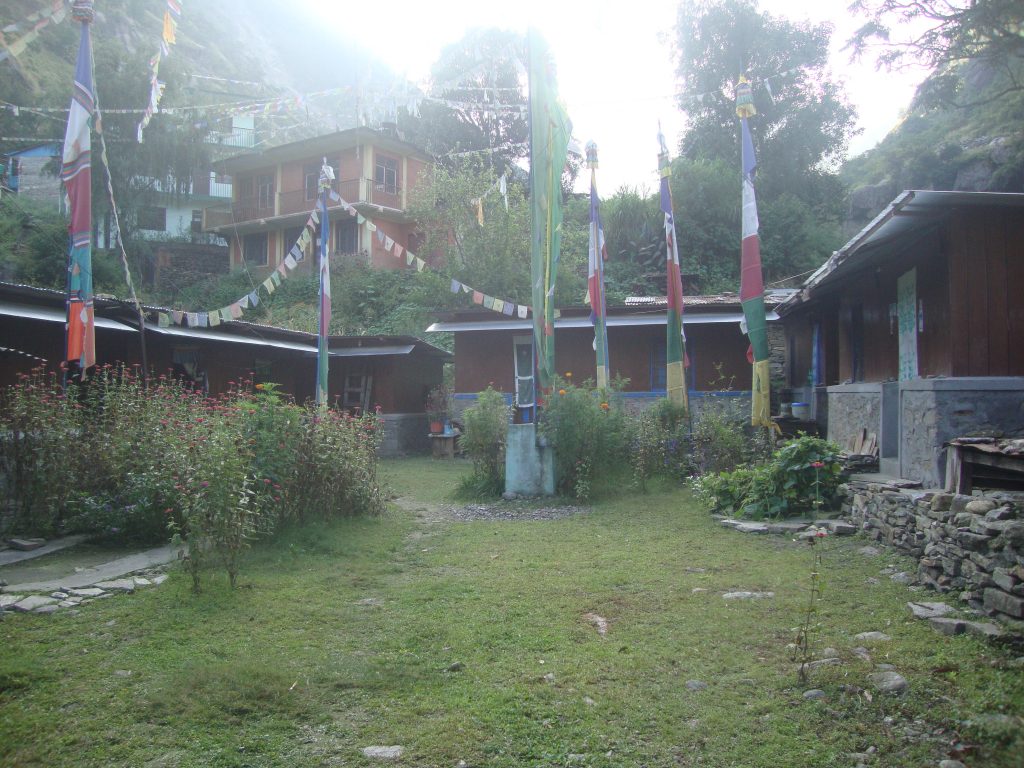 Gegayling Tibetan Settlement was established in the year 1968 by Nepal Red Cross Society. There are four small camps namely Shabru (main camp), Khangjim, Bridim and Thangbochen. Some Tibetans also live in scattered areas of Langtang and Sethang which is very close to Tibet border. Settlement is located in Rasuwa district, Bagmati zone, province no. 3 and Dunche is the district headquarter of Rasuwa.

A carpet handicraft centre was set up for economic survival but long ago it was closed due to lack of weavers and fall in carpet business. Majority of the families are involved in running hotels, small grocery stores, rearing animals and doing petty business. People living in Khangjim, Briddhim and Rasuwagadhi are engaged in agriculture and growing seasonal vegetables.

The school and hostel managed by Snow Lion Foundation has been destroyed by recent earthquake on 25th-April, 2015 and the students were admitted in Namgyal Middle School in Swayambhu, Kathmandu. Shyafru School was closed due to lack of Tibetan children.

The settlement used to have primary health clinic run by a trained community health worker appointed by department of health, CTA. It was closed due to lack of Tibetans residing in the proper camp and availability of small clinics run by local Nepalese nearby settlement.

Gegayling settlement has no monastery.

Gegyaling settlement is looked after by Shawara remote Tibetan settlement office which is located at Lazimpat, Kathmandu. It has only one official organization which is called rangden tsokchung and has no any other organization.