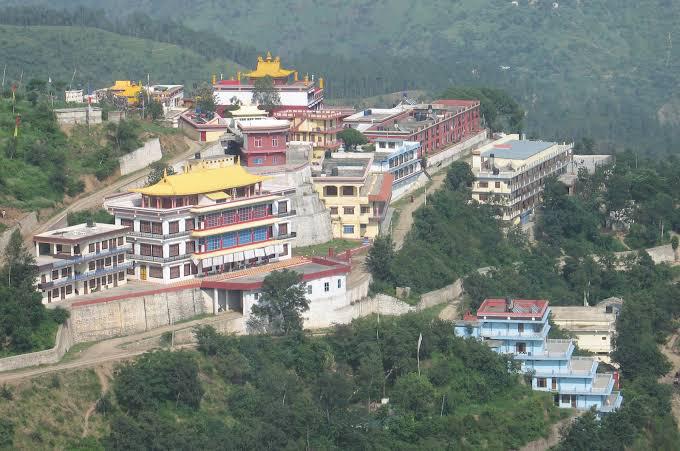 Apart from the six major land settlements for Tibetan refugees which are being financed by the Government of India, there are a few other settlements which are agricultural based and are therefore land settlements, but which otherwise are considerably smaller and, being situated in the hills, follow a more intensive and mixed farming system. The largest of these settlement is situated at Dolanji in the Shimla area. This project is being sponsored by the catholic Relief Services, New Delhi, and is intended to rehabilitate a total of 80 refugee families-approximately 350-400 persons.

This settlement is situated at Dolanji – Solan District near Shimla. It is at a height of 4000ft. above sea level. The climate here is mild.

This settlement consist of only one village with 74 family.

Agriculture is the main source of livelihood for the settlers. Besides agriculture, some of the settlers engaged with small seasonal petty garment business.

Tibetan settlement Officer at Dolanji is the representative office of Department of Home, Central Tibetan Administration. It is serving as the liaison between the Tibetans in the region and the Department of Home, Central Tibetan Administration. The settlement officer were directly elected from settlement people. It is the principle office to look after welfare and overall control of running of affairs of the Tibetans in the settlement. Daily task for the representative range from adjudicating disputes to communicating with group leaders and outside authorities, and generally watching over the running of all aspects of the settlement.

Local Assemblies:
Like every other genuine democratic system the Tibetans in Dolanji elect their own representative for better understanding of the problems with them. These elected members act as an intermediary with relevant authorities, pass on information, settle disputes and collect money. They can bring up the problems of the Tibetan people and raise the question on the working of the Tibetan settlement Officer. These members are elected on the basis of their strength of personality and once ability to stand before the interest of their people.