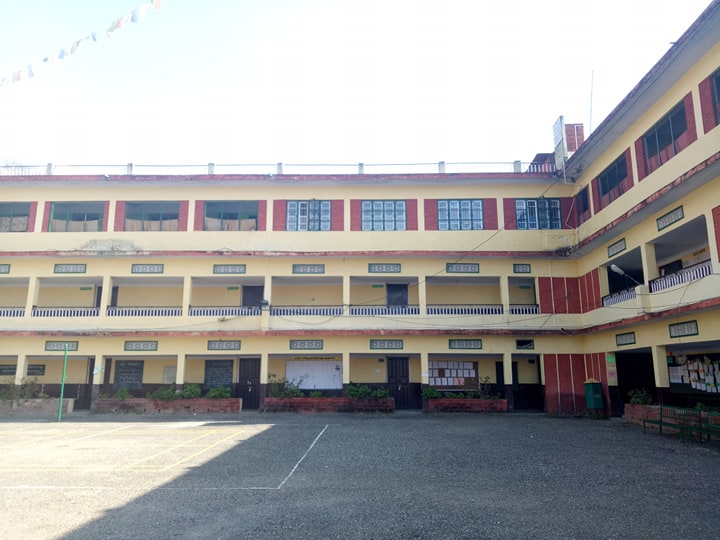 Bir-Chauntra Nangchen Tibetan Settlement is located in the state of Himachal Pradesh in northern India located along National Highway 154(NH154) which connects Pathankot to Mandi. It is about 60-70 kms away from Dharamsala.

This settlement stands at an altitude of about 4,250 feet (1300 m) above sea level and is lined by the Dhauladhar range in the north. The range includes the famous paragliding spot of Bir-Billing which has hosted several international paragliding competitions where the half of this settlement is located.The maximum and minimum temperature of the place is 6 to 31 degree Celsius with an average annual rainfall of 310 cm.

Another half part of this settlement is in Chauntra. It is set up of two small groups, colloquially called ‘Khang-sarma’ and ‘Khang-nyingma’ (literally ‘of new houses’ and ‘of old houses’).

At present, the major source of income for the settlers is winter sweater business. Earlier, the settlement people’s main source of income was carpet weaving and tea growing but at present these occupations no longer in practice.

Representative:
The settlement officer who is appointed by the Central Tibetan Administration, Dharamsala is the over all incharge of the settlement in all spheres ranging from maintaining law and order to development and poverty alleviation works. He acts as a link between CTA, state and central government agencies and any other concerns. Under him, each camp has an elected camp leader who is assisted by group leaders. All development works are implemented through the camp leaders. Settlement officer takes all major decisions in consultation with the camp leaders and is the most important link between the settlement office and the community.

Group Leaders:
Each of the 6 villages possess an elected group leaders whose job is to act as an intermediary with relevant authorities, pass on information, settle disputes and collect money. Group leaders are not elected for their policy-making idea, nor do they campaign on certain issue. These group leaders are chosen on the basis of their strength of personality and once ability to stand before the interest of their village. The duty of the leader is more or less like the representative, but on smaller and more personal scale.