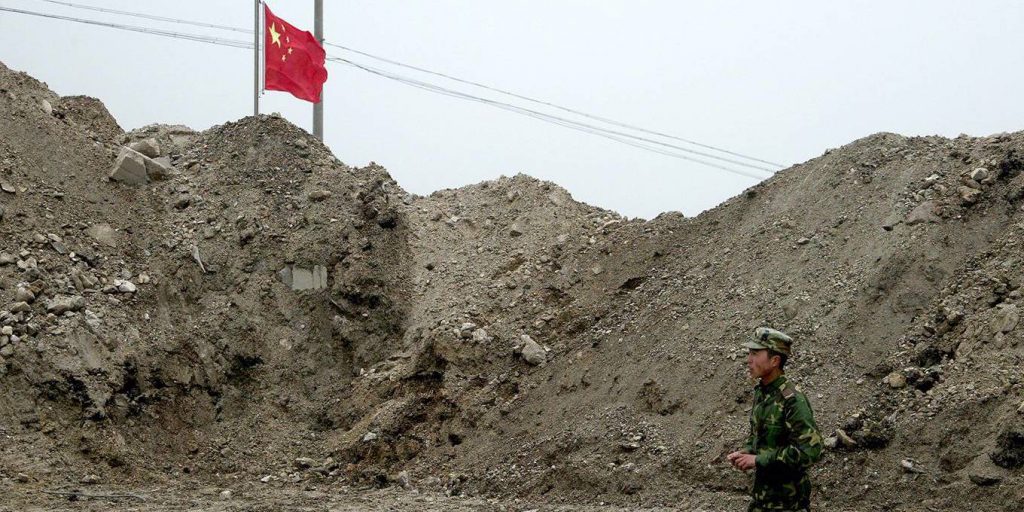 Tibet is the key to China’s territorial claims in the Himalayan region – and not only because of geography. As long as the Communist Party of China – and especially China’s revisionist president, Xi Jinping – holds a monopoly on power, none of the country’s neighbors will be safe.

NEW DELHI – As the world struggles to cope with the COVID-19 pandemic, which first emerged in China, Chinese President Xi Jinping is pursuing his quest for regional dominance more aggressively than ever. From the Himalayas to Hong Kong and Tibet to the South and East China Seas, Xi seems to be picking up where Mao Zedong left off, with little fear of international retribution.

The parallels between Xi and the despots of the past are obvious. He has overseen a brutal crackdown on dissent, engineered the effective demise of the “one country, two systems” arrangement with Hong Kong, filled concentration camps and detention centers with Uighurs and other Muslims in Xinjiang province, and laid the groundwork to remain president for life.

According to US National Security Adviser Robert O’Brien, “Xi sees himself as Joseph Stalin’s successor.” Many others have compared Xi to Adolf Hitler, even coining the nickname “Xitler.” But it is Mao – the People’s Republic’s founding father, and the twentieth century’s most prolific butcher – to whom Xi bears the closest resemblance.

For starters, Xi has cultivated a Mao-style personality cult. In 2017, the Communist Party of China enshrined in its constitution a new political doctrine: “Xi Jinping Thought on Socialism with Chinese Characteristics for a New Era.” The ideology is inspired by Lenin, Stalin, and Mao, but its inclusion in the CPC’s constitution makes Xi the third Chinese leader – after Mao and the architect of China’s modernization, Deng Xiaoping – to be mentioned in the document. Last December, the CPC also conferred upon Xi a new title: renmin lingxiu, or “people’s leader” – a label associated with Mao.

Now, Xi is working to complete Mao’s expansionist vision. Mao’s China annexed Xinjiang and Tibet, more than doubling the country’s territory and making it the world’s fourth largest by area. Its annexation of resource-rich Tibet, in particular, represented one of the most far-reaching geopolitical developments in post-World War II history, not least because it gave China common borders with India, Nepal, Bhutan, and northernmost Myanmar.

In fact, Mao considered Tibet to be China’s right-hand palm, with five fingers – Nepal, Bhutan, and the three Indian territories of Ladakh, Sikkim, and Arunachal Pradesh – that China was also meant to “liberate.” Mao’s 1962 war against India helped China gain more territory in Ladakh, after it earlier grabbed a Switzerland-sized chunk, the Aksai Chin region.

This past April and May, Xi had the People’s Liberation Army carry out a series of well-coordinated incursions into Ladakh, with the intruding forces setting up heavily fortified encampments. He then deployed tens of thousands of troops along the disputed Line of Actual Control (LAC) with Ladakh, Sikkim, and Arunachal Pradesh.

This “incredibly aggressive action,” as US Secretary of State Mike Pompeo called it, led to bloody clashes in Ladakh on June 15, leaving 20 Indian soldiers, and an unknown number of Chinese troops, dead. (US intelligence agencies believe China suffered more casualties than India, but whereas India has honored its fallen as martyrs, China has refused to divulge its losses.) Despite continuing bilateral efforts to disengage rival forces, the specter of further clashes or a war continues to loom.

The CPC has not forgotten about the other two fingers, Bhutan and Nepal. Just as China and India began withdrawing troops from the site of the June 15 clashes, Beijing opened another front in its bid for territorial expansion, asserting a new claim in Bhutan.

In 2017, China occupied the Doklam Plateau – at the intersection of Tibet, Sikkim, and Bhutan, and claimed by the latter – following a 73-day military standoff with India, the de facto guarantor of Bhutanese security. Now, China is laying claim to another 11% of the tiny kingdom’s territory, in an area that can be accessed only through Arunachal Pradesh (which Chinese maps already show as part of China). The move thus advances Xi’s efforts against two of the five fingers simultaneously.

The fifth “finger,” Nepal, has been drifting away from India and toward China since it came under communist rule two and a half years ago. Indeed, China aided the Nepalese communists’ victory, including by unifying rival factions and funding their election campaign. Since then, China has openly meddled in the country’s fractious politics, in order to keep the ruling party intact, with its ambassador acting as if she were Nepal’s matriarch.

But being in China’s strategic orbit has done nothing to protect Nepal from the CPC’s territorial predation. Last month, a leaked Nepalese agricultural department report warned that China’s massive road-development projects have expanded China’s boundary into northern territories of Nepal and changed the course of rivers.

Of course, altering Asia’s water map is nothing new for China. Tibet is the starting point of Asia’s ten major river systems. This has facilitated China’s rise as a hydro-hegemon with no modern historical parallel. Today, Chinese-built mega-dams near the borders of the Tibetan Plateau give the country leverage over downstream countries.

As the hand metaphor indicates, Tibet is the key to China’s territorial claims in the Himalayan region – and not only because of geography. China cannot claim the five fingers on the basis of any Han-Chinese connection. Instead, it points to alleged Tibetan ecclesial or tutelary links, even though Tibet was part of China only when China itself had been conquered by outsiders like the Mongols and the Manchus. Chinese current claims are nothing more than a power (and resource) grab.

In other words, the five-fingers strategy, coupled with Chinese expansionism elsewhere, is all about upholding the world’s longest-running autocracy. As long as the CPC – and especially the revisionist Xi – holds a monopoly on power, none of China’s neighbors will be safe.

Brahma Chellaney, Professor of Strategic Studies at the New Delhi-based Center for Policy Research and Fellow at the Robert Bosch Academy in Berlin, is the author of nine books, including Asian Juggernaut, Water: Asia’s New Battleground, and  Water, Peace, and War: Confronting the Global Water Crisis.