Addressing the gathering at the inaugural ceremony, the Chief Representative, CTA, South Zone spoke about the Cabinet’s 5:50 Vision and recognised the CTA Home Department’s role in implementing the construction and realisation of the Kollegal Indoor gymnasium under the Tibetan Self-Reliance and Resilience Program (TSRR).

The Chief Representative, South Zone expressed hope that the indoor gymnasium will greatly aid in enhancing the physical fitness of the people of the Kollegal settlement, especially the younger generation. He further emphasized the need to ensure proper maintenance of this gymnasium and to avoid the common trend of misusing public property.

The inaugural ceremony for the indoor gymnasium – funded by the U.S. Agency for International Development (USAID), with contributions from the ex-Kollegal Tibetan community in New York and New Jersey, USA – was attended by the Chairman of the Local Tibetan Assembly, President of Freedom Movement, President of the Co-operative Society, Heads of the various monasteries, Villager Leaders, Youth Sports Club, leaders of the various governmental and non-governmental organisation members.

The ceremony began with a prayer consecration led by the Abbott of Taksham Monastery and joined by all other monasteries based in the Kollegal Tibetan settlement. Thereafter, the Settlement Officer spoke about the project and shared details on the support received to build the gymnasium.

Meanwhile, the Chairman of the Local Tibetan Assembly took to the dais to applaud the work of the Settlement Officer and expressed his enthusiasm to support future projects being envisaged by the Settlement Officer. The Chairman also expressed his profuse gratitude to the Chief Representative, CTA, South Zone for his role in ensuring the realisation of many projects intended for the overall development of the five Tibetan settlements in Karnataka.

“The recent Grant in Aid from the State Government of Karnataka was a huge achievement by the Chief Representative, South Zone, and this will greatly benefit the Tibetan community in South India,” added the Chairman of the Local Assembly. He also thanked the Chief Representative for his role in the recent grant received from the Karnataka Government for the construction of a new road at the Kollegal settlement.

The inaugural ceremony also included offerings of the traditional Tibetan sweet rice, tea, and other sweets to the delegates. 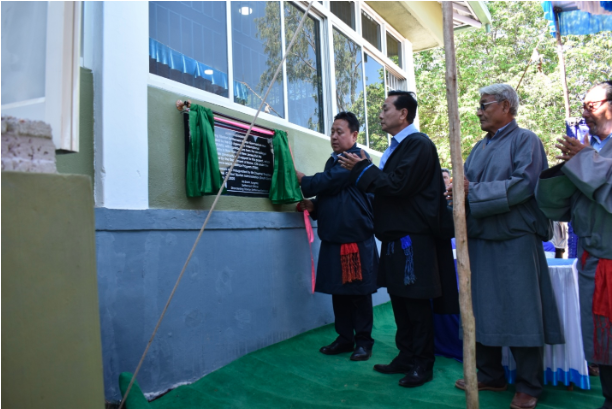 Chief Representative of South Zone unveiling the plaque at the inaugural ceremony of the indoor gymnasium at Kollegal Tibetan settlement. 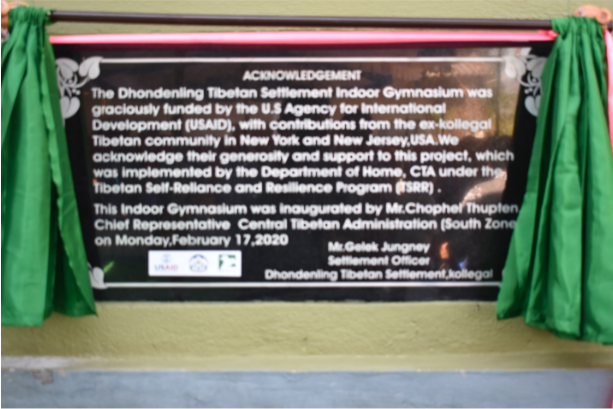 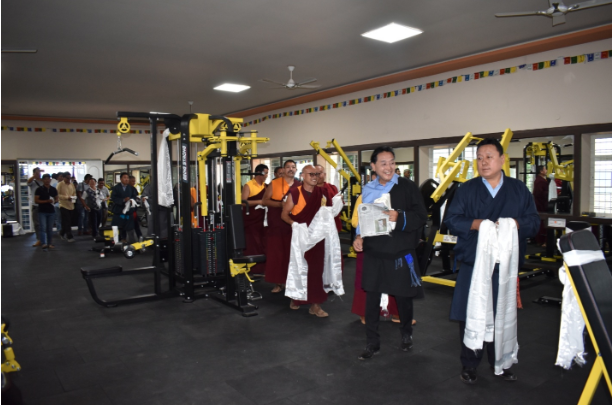 The dignitaries inspect the new indoor gymnasium at the inaugural ceremony. 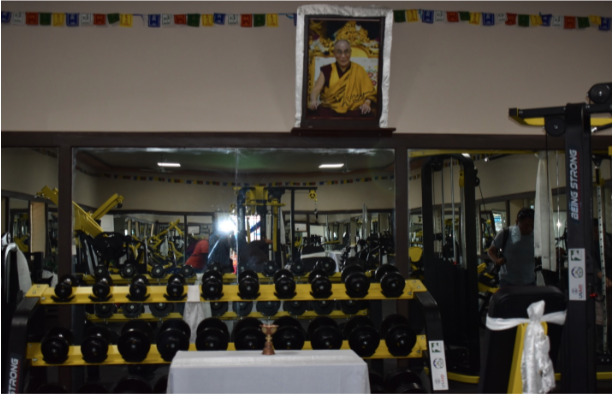 The inside view of the new indoor gymnasium. 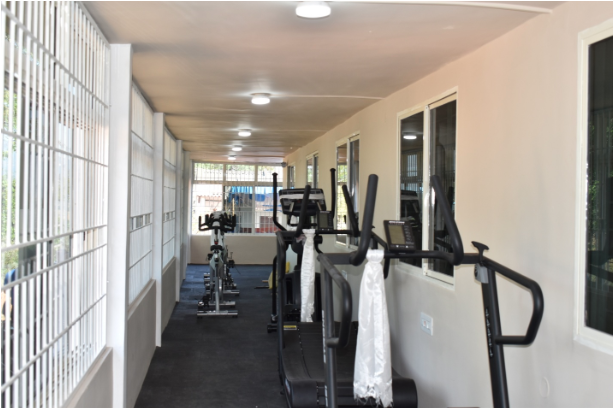 The new gym equipments are wrapped with khatak during the ceremony. 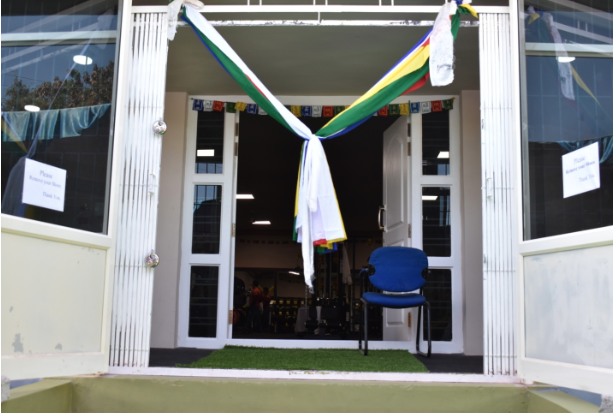 The view of the indoor gym from the entryway.